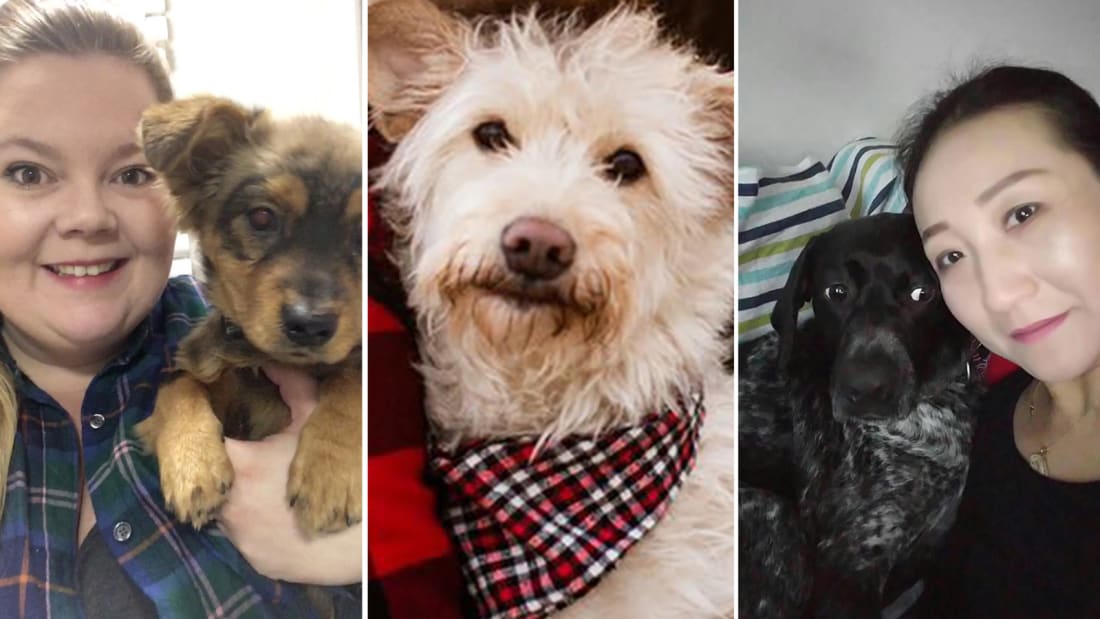 A plan to fly hundreds of dogs on a chartered plane, dubbed ‘Mission Impawssible’, aims to reunite families from the US and Canada with the dogs they had left in China during the coronavirus pandemic.

The ‘mission’ started in May 2020 when Kyla Robertson was trying to find a way to bring her dog Sugar home, according to CNN.

Ready to return to Vancouver after two years in China, Robertson and her husband ran into hurdle after hurdle trying to book a plane ticket for their rescue terrier mix as the coronavirus pandemic was taking hold of the world, shutting cities and airports down.

Soon they’d realize they were far from alone in their efforts to get their dog on a plane. Five hundred people joined a WeChat group the two created, initially meant as a tool to gather ideas and information on transporting pets. Other owners were mostly from cities throughout Canada and the US.
Many had left China hurriedly months ago to see friends or family, thinking they’d be back with their furry roommates in days. But then the pandemic hit and hundreds of travelers were stranded, while their pets remained in the care of either boarding facilities or acquaintances.

Soon, an idea emerged: They’d charter a plane from Shanghai to fly their dogs and cats home, which would touch down in Vancouver, then Seattle. That plane will also help reunite families by bringing back Americans or Canadians stuck in China. They’re calling the effort “Mission Impawsible.”

But it wasn’t easy to pull off such a mission.

Dozens of group members, from China, the US and Canada, collaborated on different parts of the plan often with more than half a day’s hour difference between them. Nights were long and sleepless.

Many, like dog parent Catherine Hildreth, tasked themselves with learning how to edit videos and design T-shirts, in order to help the group raise awareness of their efforts and fundraise.

The group shared details of the flight on social media and messaging apps and began selling tickets to other Canadian or American citizens hoping for a flight back to their families, after meeting with each consulate. And they enlisted some of those passengers to accompany each dog and cat on the flight.

“It’s been a whirlwind and definitely never in my wildest dreams did I think that creating a WeChat group was going to lead me here six weeks later,” Robertson told CNN. “Chartering a flight across the ocean for my dog.”

And finally, the group secured a flight for July 18.

One hundred furry passengers are booked.

The coronavirus pandemic has led to similar stories involving chartered planes with pets flying across the ocean to reunite with their families.

In May, a chartered ‘Noah’s Ark’ plane carrying 55 pets from the Cayman Islands landed safely in Toronto.