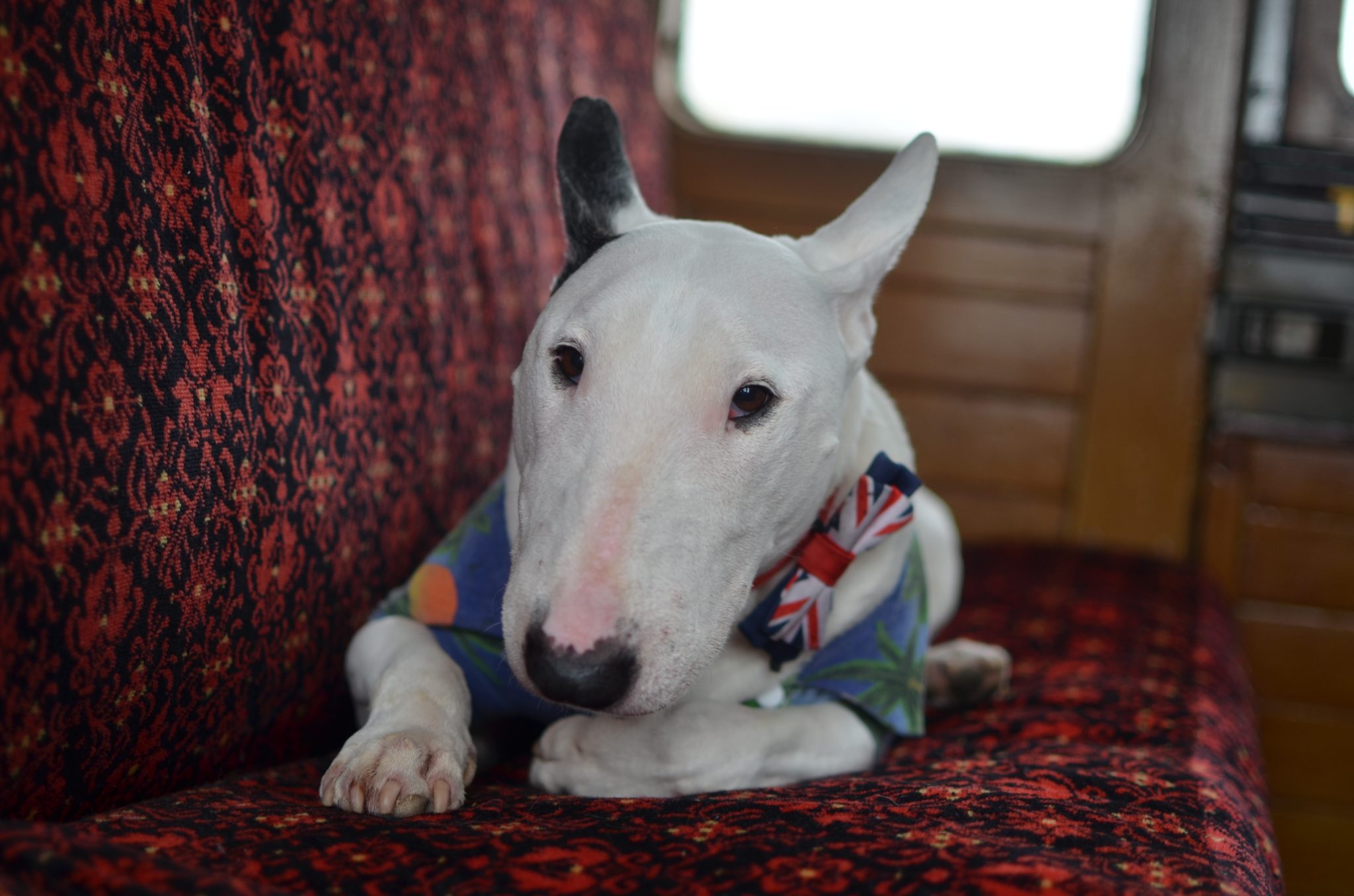 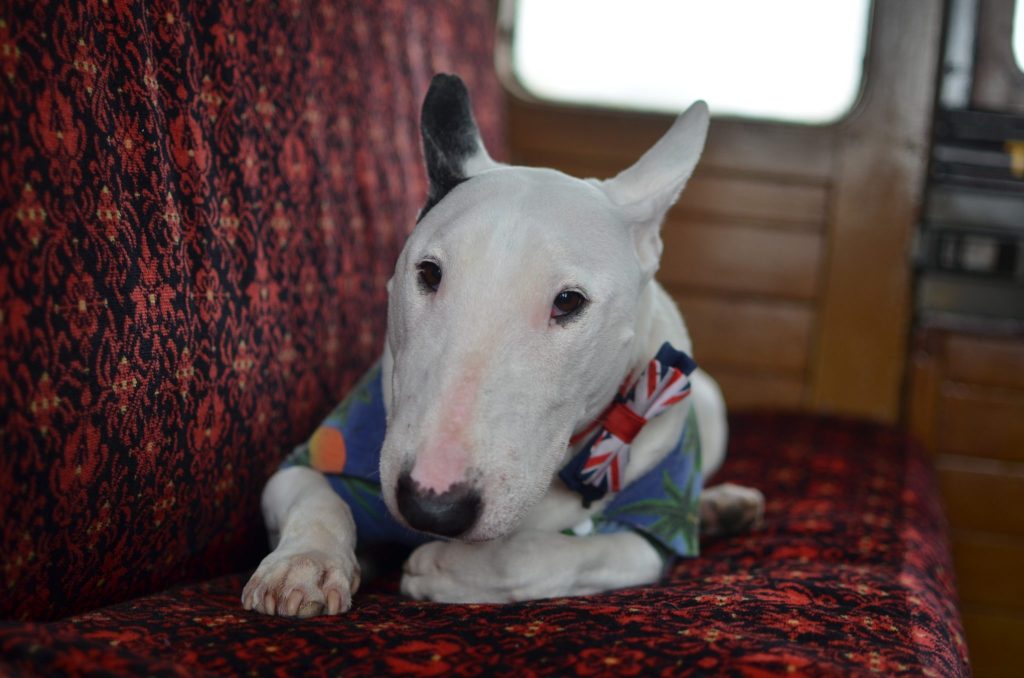 After many years of longingly looking beyond the southern English coast at the tiny island known as Isle of Wight and wishing I could visit it, I finally set my paws on the island this year.

Me, my human Danny and his friend Sophie hopped on a car and set off toward the city of Portsmouth and then sat on a ferry for about 30 minutes until we reached the Isle of Wight. I had heard many great things about the Isle of Wight. First of all, it’s an island and surrounded by waters and we love the beach (though waves scare me!). Secondly, the isle is known as one of the most dog friendliest places in the UK. Third, it’s a new place for me to explore so I was really excited!

Unlike the ferries from UK to France, this ferry actually lets you board with your dog, however there’s only a few sections where we are allowed to go on in the inside. In our ferry, we were only permitted in the top level.

As I said, the ferry ride wasn’t long at all. In the time it took me to sniff my own butt, we arrived at the seaside town of Ryde and had some breakfast then walked around for a bit. It didn’t take us long to find a dog friendly cafe and we ate breakfast at the BagelWrap Cafe which I highly recommend if you have a dog (which you probably have if you’re reading this!). We also got to enter a few gift shops which set the tone for the rest of the trip as the Isle of Wight being very dog friendly.

Once we set our bags down in our apartment we then left to explore the Isle of Wight! Our first stop was Carisbrooke Castle!

If you didn’t know yet, dogs are indeed allowed in here! I was wagging my tail non-stop!

The castle grounds are vast and by the end of our visit here, my paws were thoroughly exhausted.

Of course, no weekend away in England would be complete without some rain so of course it began to pour down in the Isle of Wight. We retreated inside the castle for a while to hide from the wet weather.

Our castle adventure took up most of our day and the next day it rained yet again! My human and our traveling companion Sophie paid a visit to the donkey sanctuary on the island.

The sanctuary is a home to homeless and unwanted donkeys. I was permitted to go, but Danny thought that I would get too excited at the sight of bigger and furrier versions of me. I’m sure he was right, but it would’ve been nice to see some donkeys up close and sniff them! He told me that he found one that looked quite similar to me!

After the donkey sanctuary we took a stroll along the beach. It wasn’t the best time to go because of the rain, but we really wanted to walk on some sand and check out the beaches. We drove to Shanklin Beach and jogged down until the rain returned. It was wet but fun!

Already I felt as I had done much during my trip in Isle of Wight but it was far from over. There’s still much to see including a winery, some more beaches and the famous Isle of Wight Steam Railway!

I will show you guys some more of this lovely island next time! Until then, stay hungry (for travel) my friends!