It was a chilly spring when we chose to visit the wonderful city of Prague. There I fell in love with the buildings, the people and most of all the food.

Our journey to Prague took us from England through Germany where we stopped briefly in Dresden to wait for our connecting train to Czech Republic. I loved the old style architecture at the Dresden train station and I hoped that the Germans would greet me with ready-made Bratwurst. Urfortunately they instead told us that in order to board the train we needed to show that we had possession of a muzzle. So we took a slight walking detour into the Dresden city center to look for a muzzle and then boarded the ICE train toward Prague.

Once in Prague, we had booked a pet-friendly hotel that only required a short hop on the tram to get into the heart of the city. From there we made it to our first sightseeing adventure through Wenceslas square which houses a museum that was undergoing some scaffolding at the time.

We were fortunate enough to know a good friend who was a local in Prague. She showed us around the city 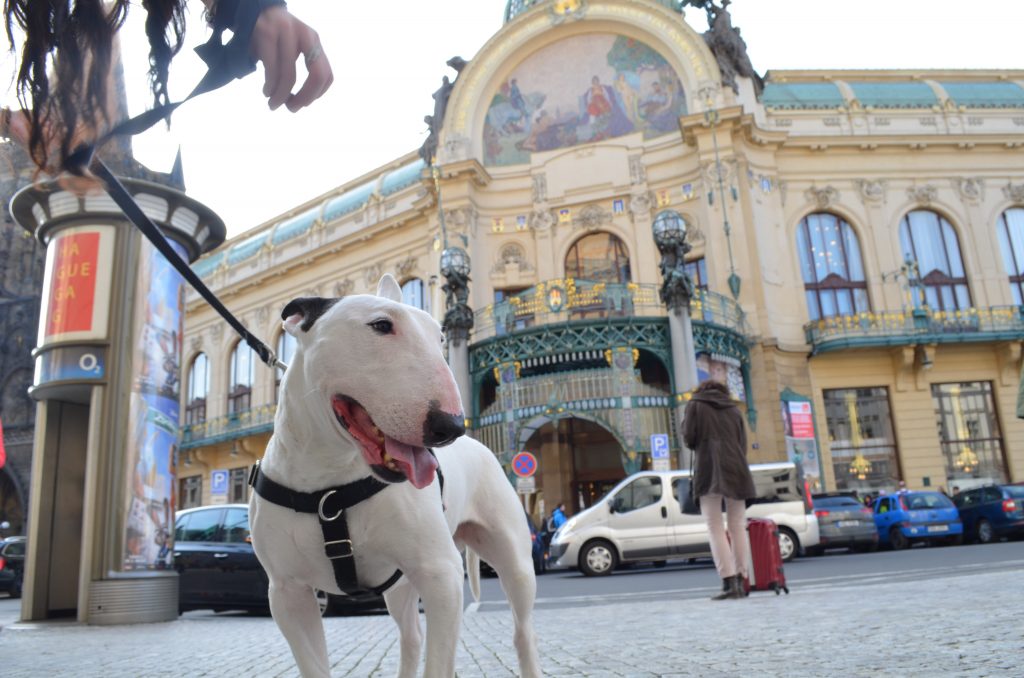 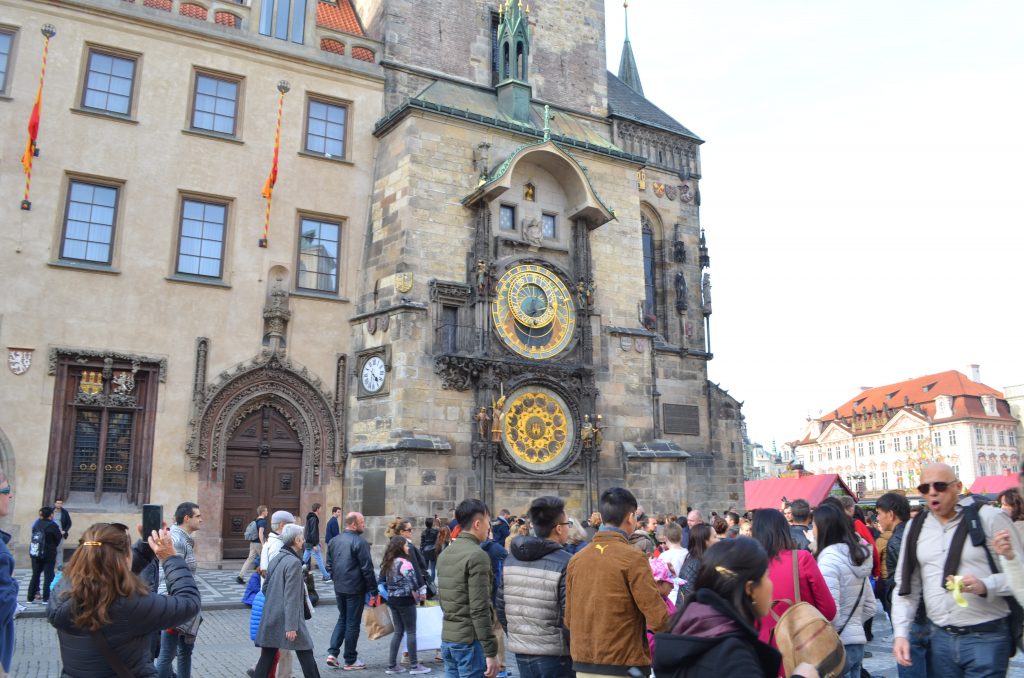 I love big crowds and hordes of people, I’m not too sure why, but I always get excited around them. Perhaps it’s the inner wolf in me that likes to run with packs.

My paws walked over amazing bridges filled with people playing music and taking photos, selling trinkets and more. The bridges looked over the magnificent Vltava River and when we made it to the other side we discovered there was much more to explore. We saw portions of a bridge with locks just like in Paris, but it was the John Lennon Wall which amazed me the most. It was filled with colorful splashes of graffiti, Lennon lyrics and messages of peace and love and that’s what I’m all about!

Naturally, being the dashing and adventurous explorer that I am, I had to take a cruise through the river, just like we did in Amsterdam. So we hired a pedal boat of which Danny did all the work while I took visual notes of the city.

We cruised around the river for a couple of hours, working up an appetite in the meantime. Of course, I did no pedaling, I just worked out the appetite from all the sightseeing!

After our cruise we headed back on dry land to walk around some more and grab some food and some beer, which is what I’d waited to do the whole time I was there.

Well my friends, Prague is so massive and I was here for such a long time that it will take more than one post to write about my adventures here. So stay tuned for more in Prague as well as the city of Brno in Czech Republic.