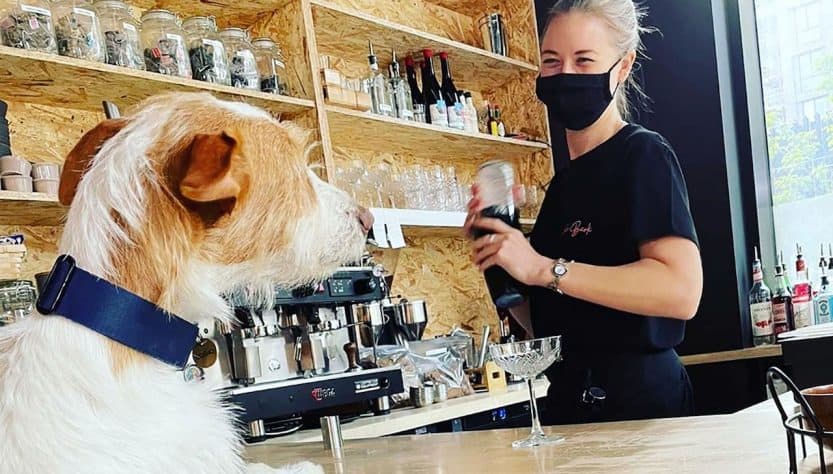 Dog parents in London have plenty of options if they want to go for a drink at a pub. But while most of these pubs might offer you a cocktail, your furry friend will only have some water, at best.

Now, a cocktail bar in London, UK aims to make sure that you and your dog will both be able to enjoy a cocktail.

The London bar, At After Bark, is located in London’s Hackney Wick area and according to Food and Wine, is specifically designed for dogs and humans to treated as equals.

Located in London’s Hackney Wick area, After Bark arrives courtesy of Barkney Wick, itself billed as “a dogs and humans community center.”

The center already featuring services such as doggy daycare and training, as well as a dog-friendly cafe, from 7 p.m. to 11 p.m. on Thursdays, Fridays, and Saturdays.

Now, Barkey Wick offers a mix of alcoholic human cocktails and non-alcoholic “puptails” with names like the “Bloodhound Mary,” “Barkarita,” and “Howlapaw Sling.”

For those who are hungry there are plant-based Lick & Mix treats which are made to be eaten by both human and dog.

“Puptails, they basically consist of raw beets or raw carrots, and they don’t have any preservatives or anything,” Jamie Swan, founder of After Bark, which officially opened at the end of last month, told Reuters. “We have some lovely teas as well. So we have a Fish Island Iced Tea which is just for dogs. And that’s got things like dandelions and burdock which is good for their guts and good for their overall health. So it’s about wellbeing and health, as well as just a lot of fun.”

According to Swan, the opening of the cocktail pup bar could not have come at a better time. With Covid-19 restrictions have been lifting in England, dog parents who had been holed up with their dogs all the time are now venturing out once again.

“After Bark is a good option for dog carers “especially with problems at the moment, with separation anxiety being an issue for people who have welcomed dogs into their lives,” Swan added.

To find out more about After Bark, check out their page here.