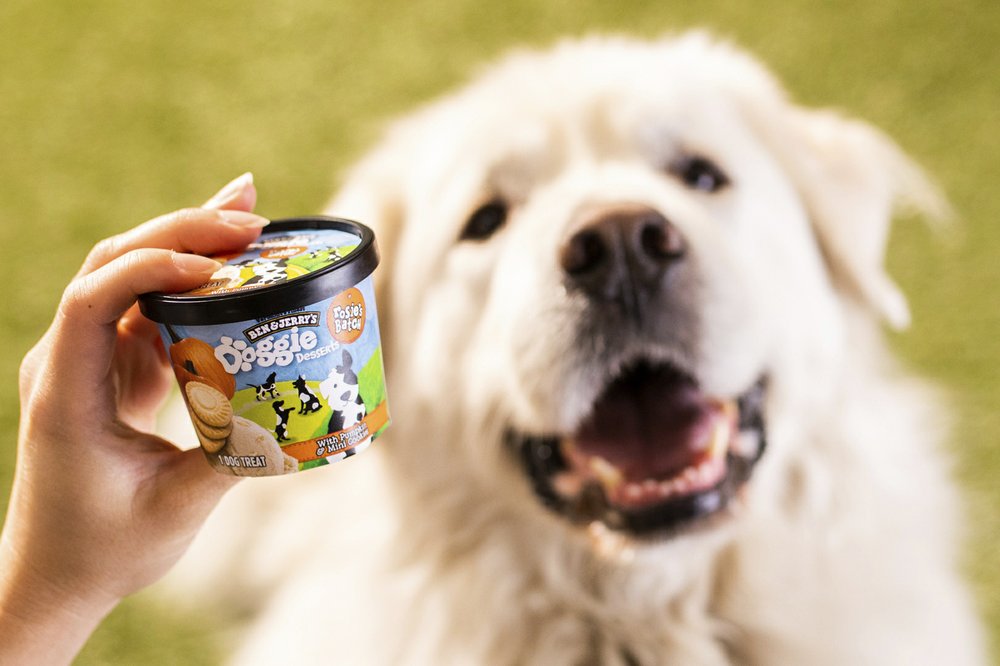 These days we could all use a little dessert, including our four-legged best friends.

Doggie Desserts, sold in 4-ounce cups, go on sale in US groceries and pet stores later this month. The treats come in two flavors: pumpkin with cookies and peanut butter with pretzels. Both are made with a base of sunflower butter. They’re made from the same ingredients Ben & Jerry’s uses in its non-dairy human desserts.

Lindsay Bumps, a global marketing specialist with Ben & Jerry’s, said the company had been looking at the exponential growth in pet spending and started developing its dog treats early last year. The company consulted with a veterinary nutritionist, regulatory consultants and others to make sure the treats are safe and easy to digest, said Bumps, who is also a certified veterinary technician.

The treats — $2.99 per cup or $4.99 for four — will be placed near the popsicles in grocery store frozen food aisles, a few doors down from Ben & Jerry’s ice cream. They are also available in multipacks for the hungry dog.

Bumps suggests pet parents should offer a spoonful to their dog when introducing the ice cream to them. She also suggested putting the dessert in a bowl so dogs have an easier time navigating it.

There’s no word yet whether the doggie ice cream will be rolled out internationally.

For more on how the ice cream is made, where to buy it and its ingredients, click here.