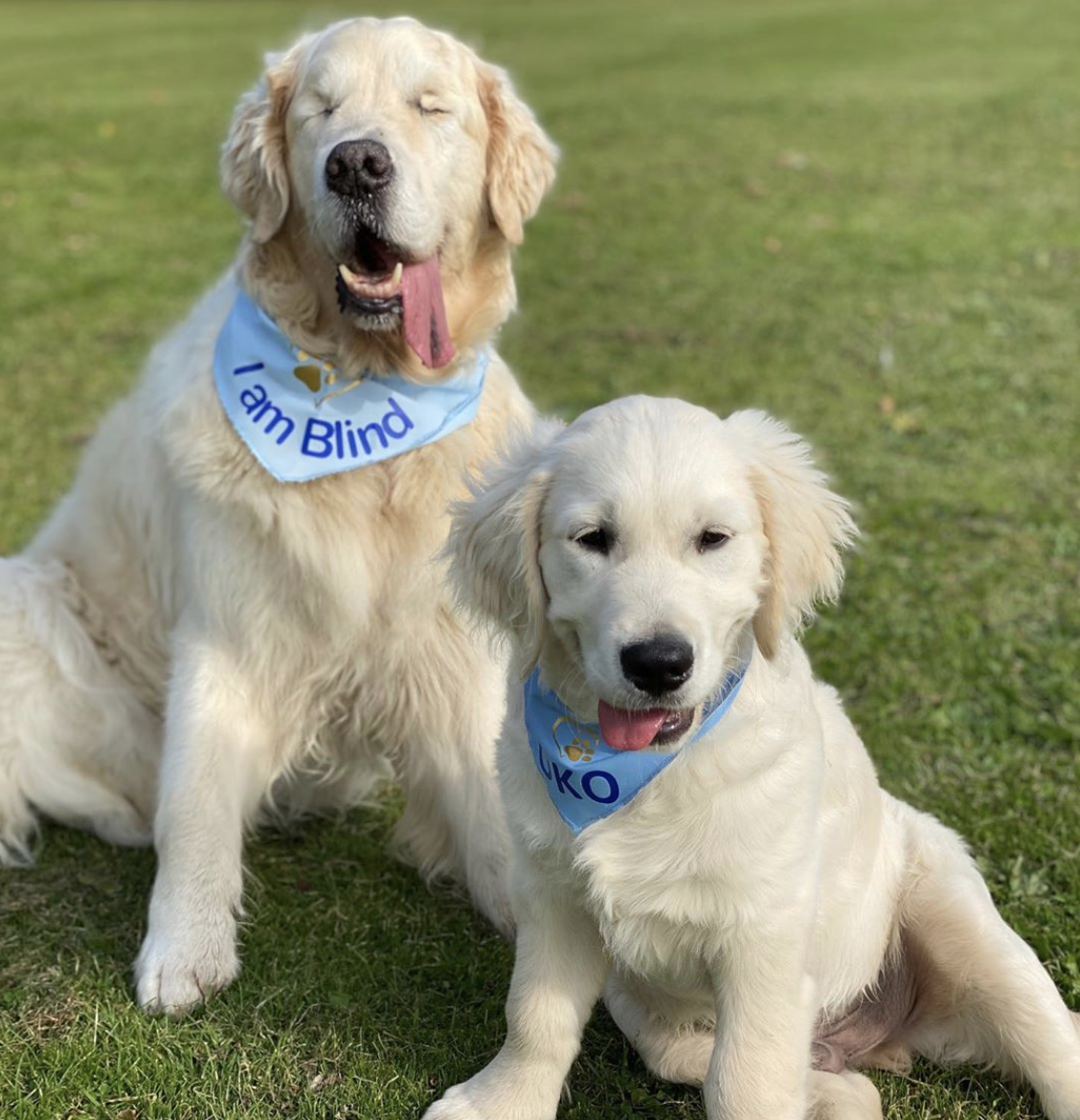 Guide dogs have the important task of helping blind humans get around, but what if a blind dog needs help getting their way around? That’s where a guide puppy comes in.

A 10-year old golden retriever named Tao lost both of his eyes due to glaucoma and has been given his own guide dog puppy, Oko, to help him navigate through life.

According to The Independent, Oko the guide puppy, who is also a golden retriever, keeps Tao company when he goes out on walks, helping to keep him out of danger and being the eyes for Tao.

They are now sharing their adorable adventures online with their very own Instagram, set up by Tao and Oko’s human parent Mel Jackson. They can be seen playing together, training and going on walks side-by-side.

Back in early 2019 Jackson saw that Tao was great pain and took him to the vet where this led to a diagnosis of glaucoma. Tao then had one eye removed. Nearly a year later, Tao had to have his second eye removed.

Jackson told LAD Bible, “Glaucoma is the build-up of fluid in the eye – it’s got nowhere to drain away. If you can imagine a migraine and times it by a hundred – that was the pain he was in.”

Jackson has also worked with The Kennel Club to help identify other dogs who are prone to glaucoma. The Kennel Club uses Tao’s DNA ‘marker’ to help spot the possibility of glaucoma in dogs, which could be treated if caught early enough.

For more adventures of the adorable duo check out their Instagram page here.