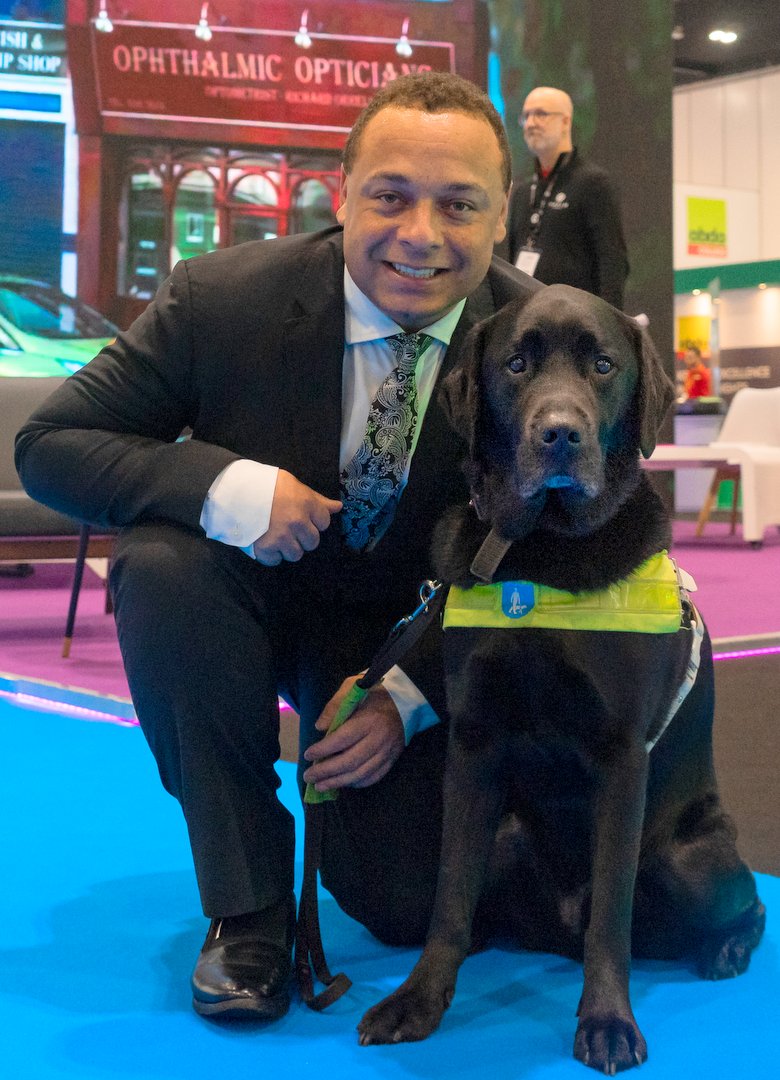 A blind man from Cardiff, Wales is taking ride-hailing giant Uber after he was refused a ride with his guide dog on more than 100 different occasions.

Dan Williams, an entrepreneur based in Cardiff, is bringing the legal challenge against Uber claiming they regularly refuse to give him a ride with his dog Zodiac.

Under Uber’s page for taking dogs, it says: “The ground rules: you must always allow service dogs in Uber rides to accompany their riders – it’s the law.”

Williams is registered blind as he is gradually losing his sight due to a condition called retinitis pigmentosa.

According to Wales Online, he claims over the past two years he has regularly been turned down by Uber drivers for journeys. He added that it causes him to often miss or be late for appointments and has affected his business reputation. During a two-week period, Dan said he had ordered ten Ubers and has been refused access six times, leaving him feeling “mentally drained, exhausted angry and frustrated”.

“A regular scenario is that I book an Uber ride and on arrival, the driver either spots me and Zodiac and drives off or pulls up and refuses to allow us into their car. I always remain calm and professional and explain that it is illegal under UK law as a guide dog is classed as a mobility aid, just like a wheelchair,” Williams said.

“I then started to message drivers to inform them that I have a guide dog which resulted in cancellations and would often message two or three drivers before one would actually accept the job,” Williams added.

“Having Zodiac has transformed my life over the past two years and he’s become my best friend, but at times like these I really start to wonder if I should hand him back to Guide Dogs and revert to using a white cane to avoid all the anxiety and inconvenience caused by Uber drivers,” Williams said.

“I’m pleased that Dan has decided to pursue this case as I know of many people who are treated in the same way and just put up with it. I’m very hopeful that together, we can make a positive impact on the taxi sector as a whole that will benefit the 2 million people living with sight loss in the UK,” Fry said.

“We think that Uber hanging its drivers out to dry shows an abrogation of responsibility. They are the service provider and are therefore responsible for providing an Equality Act compliant service,” Fry added.

The case is supported by the Equality and Human Rights Commission.

An Uber spokeswoman said in a letter to Williams: “It is totally unacceptable for drivers to refuse to take a guide dog and we investigate every report.

“Licensed private hire drivers must carry service animals in their vehicle. We highlight this obligation to all drivers before they start using the Uber app and often send reminders.

“Any driver who is found to have refused to take a service animal will permanently lose access to the app.”

It is courageous and the right thing to do for Williams to take on Uber on a monumental legal challenge like this. The drivers who are refusing to take Williams and Zodiac are willfully breaking the rules and should be penalized.

Williams’ case could prompt change from within Uber to enforce its policies better and could stop ride refusals from happening for those with disabilities and service animals.