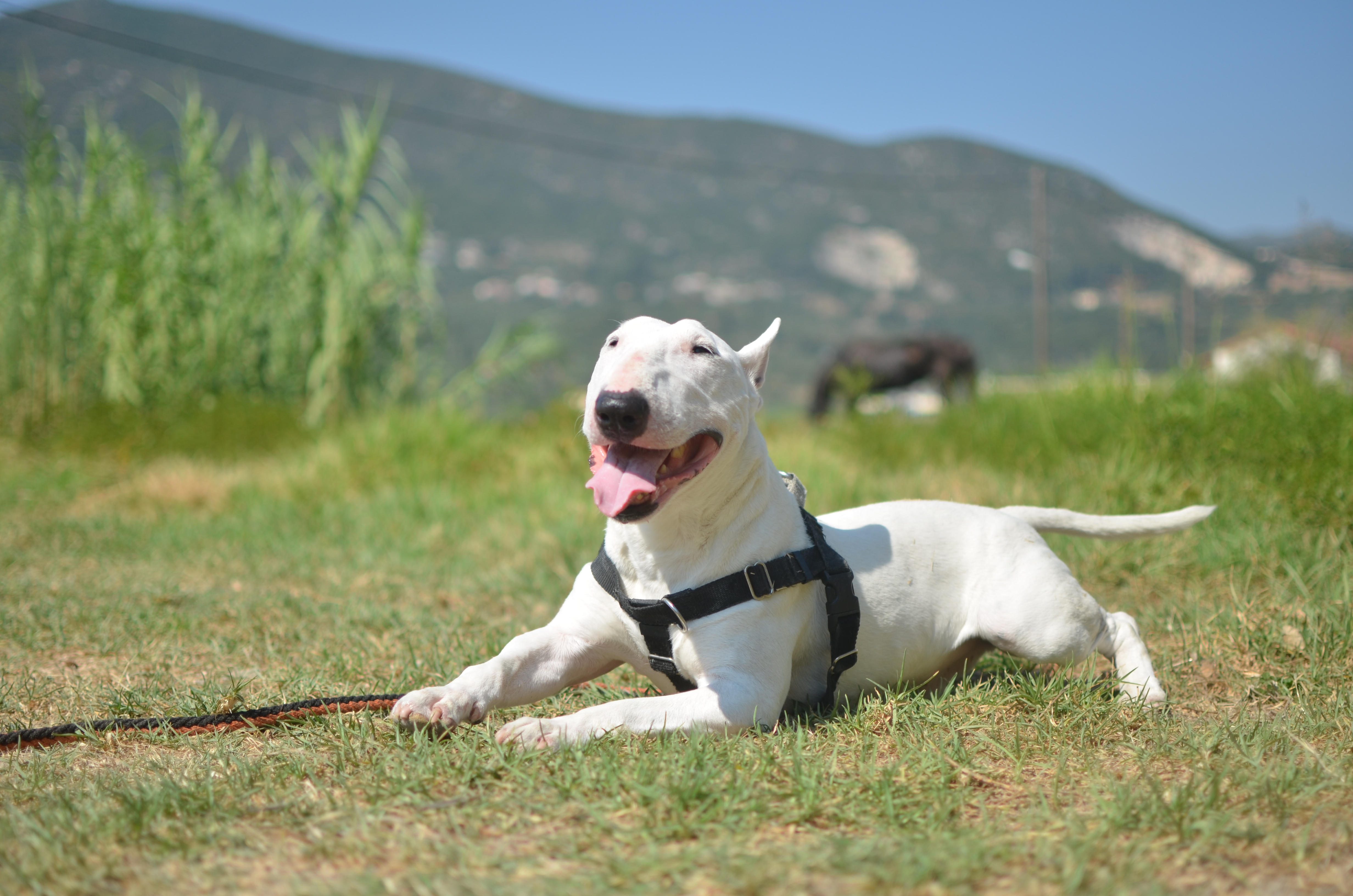 There was roughly 2,000 miles between us and the adventure and vacation of a lifetime.

There was 3 of us: me, my trusted advisor Danny Pennyworth (may not be real last name), and a brand new but good ol’ addition to our team: a 1996 BMW 318 purchased secondhand for £500. But we instilled our trust into our new friend to transport us through the rough roads of Eastern and Southern Europe with the ultimate destination: The Greek Island of Zakynthos.

Why Zakynthos? Well Danny had this dream of going to an island where he can live like the “Mamma Mia” movie. Also Zakynthos was really cheap this time of year and I’m guessing that’s the real reason why he picked it.

We left Brighton on a warm Friday night, Danny brought a huge grocery bag filled with snacks from the food store that I couldn’t wait to get my paws on. I entered the silver BMW and greeted it as the 20-year-old leather seats brushed up against my white fur. Danny entered the car and started it up and it was smooth, the air conditioner was blowing and we were ready to go. I said goodbye to Brighton and that I would see the city again in a couple of months.

Rocky: “Not bad for an ancient car. What should we call it?”

Danny: “Well it’s old but I have faith that it will get us there. It’s not the best looking car but it’s a bit of a tank so we will be safe.”

Rocky: “What about Ares? We are going to Greece after all. Or Icarus? We are flying toward somewhere sunny.”

Danny: “No for Ares. Icarus lost his wings for flying too close to the sun, you do realize that, right?  Either of these do not fit. Maybe Hephaestus? In Greek mythology he was god of the blacksmiths and he was also very burly and deformed, unlike the other ones, he was definitely more of a function over style kinda god.”

Rocky: “I dig it. But I like Icarus, it just sounds cooler.”

Danny: “Eh, now that I think of it. It really needs a woman’s name. All cars use women’s names.”

I thought for a long time until a light bulb hit me.

Rocky: “No, I meant, that I found it. Helen! Like Helen of Troy!” He mulled over it and then finally agreed, but warned me that Helen could be a cursed name and that I was dooming us. He also told me to stop farting so much and we stopped on the coast before we actually left Brighton so that I can poo, which I did with a wonderful view of the pebbled beach.

“By the way we gotta make a stop. We’re picking up a few strangers on the way there and dropping them off at Brussels.”

Rocky: “Oh man. What if they’re out of their mind, scary, serial killers?”

I rolled my eyes.

Rocky: “I’ll protect us. I have teeth that would make a shark jealous and my sense of smell can tell if they’re dangerous or not.”

Danny: “Great, I’m glad I can count on you. Put the radio on,” Danny said. “You got the paws just turn it on.”

I was hoping we can cruise down the road with “Born to be Wild.” but all I found was static and talk shows. Nevertheless, I stuck my head out the window and it was pure bliss watching the cars go by and the green scenery flashing rapidly before me with my ears flapping in the wind.

Our first real stop was to pick up three passengers. One was Portuguese, the other Indian and the last one British. They were all young professionals who were visiting their wives and families in Brussels. I sat in the back with two of them and made friends quickly. We talked about our travels, our plans and if anyone has used this platform before. The British man had used it many times before to go back and forth to visit his girlfriend.

Not five minutes of driving and already Danny hits a curb lightly which made everyone a bit nervous.

Rocky: “Smooth, I think we need a new driver. Anyone?”

Danny: “Don’t worry guys, I’m an American so I’m used to the steering wheel being on the other side, but I’ve driven here before. Occasionally this will happen but do not be alarmed as it will not happen again.”

The ride to the Dover port was long so I took a nap on my new Portuguese friend’s lap and he didn’t seem to mind and in fact thought it was funny. I sniffed them all out and they seemed ok and friendly.

When we finally got to the Dover port we got out and stretched our legs and I drank some water and ate some food and got to have some of Danny’s snacks. After about 30 minutes of waiting the ferry started to finally board vehicles.

The ferry ride was smooth and brisk, about an hour we then arrived in Calais, but now it was pitch dark and Danny had to drive about another 2 and a half hours to get to the destination in Brussels. The Brit offered to let us crash at his place.

Rocky: “We are adventurers sir. Mavericks. We travel, we camp out, we do things no one would do and we keep going until we reach our destination. Nomads.”

At the flat, we rested for a few hours then got up and in the early morning I convinced Danny to take an apple from their kitchen counter and then we left.

After getting lost on the way out of Brussels (these tunnels are confusing) we drive briefly through the Netherlands, then for hours through Germany (with a small break in between) we then miss an exit, get delayed by 45 minutes, stop and rest for another hour, then we make it through Austria, Hungary and finally to Romania. Good ol’ Helen was running strong and purring mightily like a panther. It was already dark again by the time we got to the city of Timisoara and we rest in a hotel room.

We awoke at 8 the next morning and after a hefty breakfast we packed our things to move on to the city centre of Timisoara. I jump in the car and Danny goes back inside to check out. 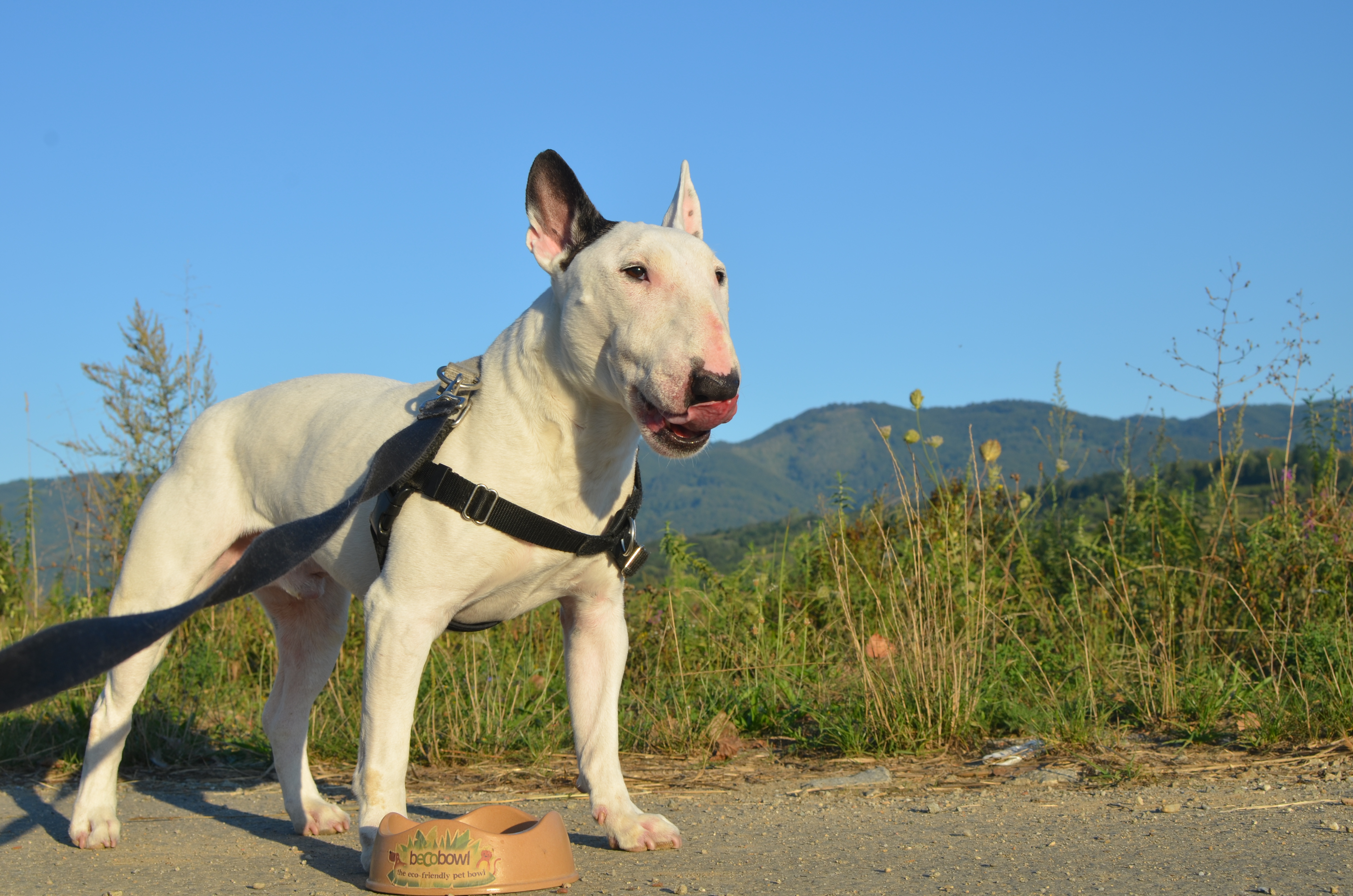 He looked unhappy coming out of the hotel and then he began loading our bags in the car.

Danny: “Can you believe they charged me 10 euros for you?”

I jump out of the car to hear him better.

Danny: “Yes, a pet fee.” I tried to argue the pet fee but she said, ‘rules are rules’. Can you believe that? You never cause any damage. Well not physical anyway.”

Rocky: “See if you had let me talk to her, we could’ve avoided paying this fee. I can be quite charming when I turn it on.”

Rocky: “My charm. You haven’t seen it but I’ve used it on some of the girls you date and they’ve told me pretty much the only reason they come to see you is because of me.”

I jump back in the passenger side of the car and we depart, on the way to explore the city centre of Timisoara, Romania.

​​Timisoara is not a city that would immediately spring to my mind to go and visit. Truthfully, I wanted to see Bucharest and Transylvania, and this city was never on my list but it was on the way so why not? The first impression was that it reminded me of a small Italian town. The first stop was Timisoara square where we can see the Opera house, walk around and get a feel for the city and check out the Timisoara Orthodox Church.

The residents of Timisoara were very friendly as well, many came up to us to say hi and take photos.