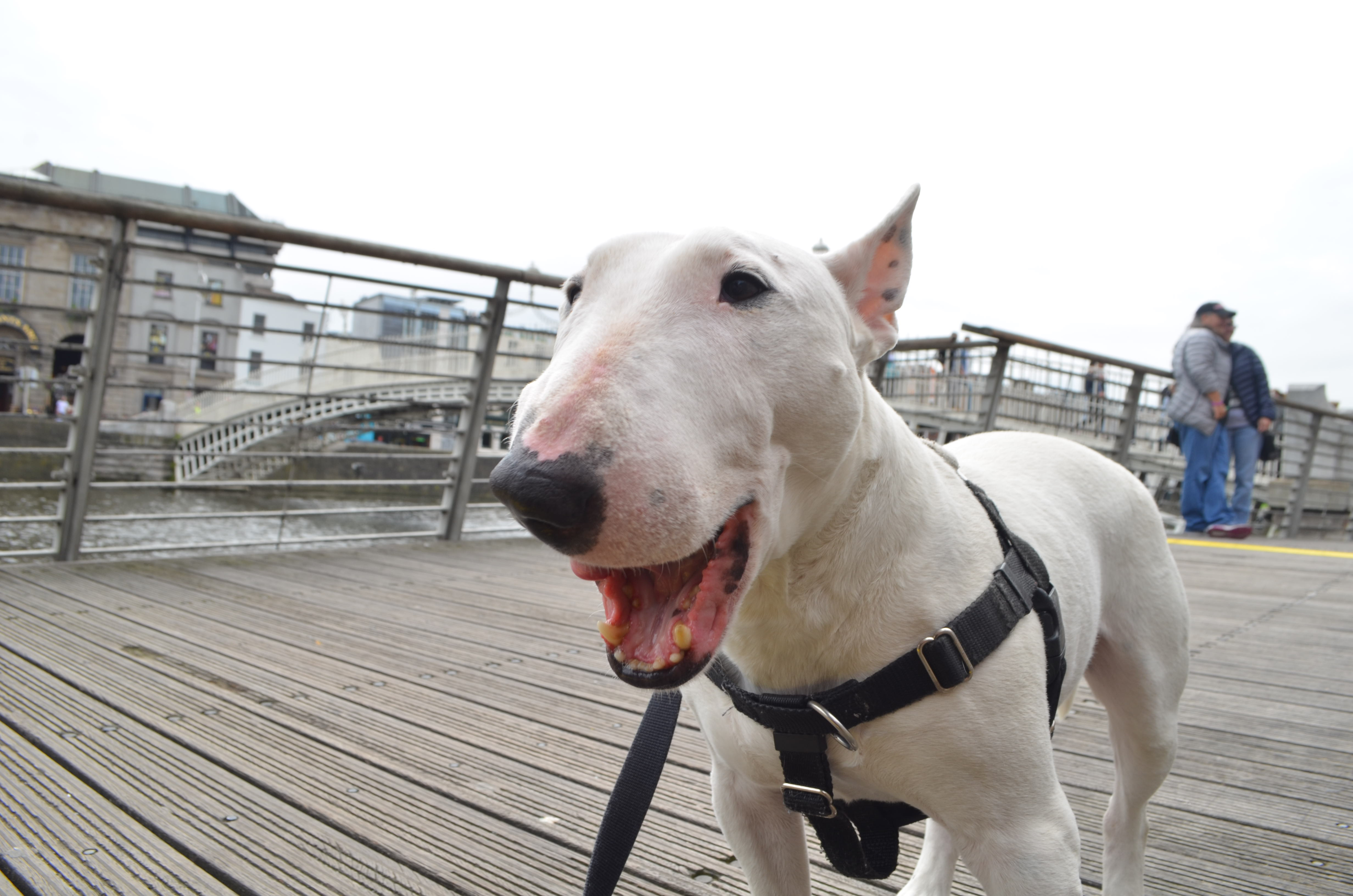 By the time we arrived in Dublin I had already eaten all the Lucky Charms cereal that I had brought with me. So I was hoping that it would give me enough luck to have a whimsical adventure in the city. I hadn’t found any leprechauns yet, but I kept my nose and eyes sharp just in case.

My first impression was that Dublin was very much like Galway, a massive city but it can feel very small once you walk around it. And just like Galway there was live music in many corners. The weather was also English-like with hardly a ray of sunshine to be found.

We started off with some castle spotting! The Dublin Castle is described as the historic heart of the city. It was also bustling with tourists from all over the world as I have an ear for accents and languages and heard many different kinds of them.

We walked through and about the courtyard then the gardens where we spent some time breathing in the natural Dublin air from the magnificent abundant flowers.

As we kept on walking through the city, I noticed something very strange, but delightful. I was the only dog I had seen in the entire city. Not one other dog was present. I felt special! I was then told that Dublin was not like many of the cities in England where you can take your dog anywhere. But that didn’t stop me from exploring it!

After the castle we saw the famous riverside neighborhood called Temple Bar. Even in the day it was filled with tons of tourists and happy folk music, plenty of smiling and lots of drinking. I had quite a few people look at me and say hi. They were probably surprised at my presence in such a busy neighborhood. Danny would later return here at night and said he visited the inside of the actual Temple Bar where it was more packed, louder and drunker as well as great music. I must admit that I would’ve loved to join in those nighttime festivities and knock back a pint or three.

Many of the major cities in the world have famous landmarks, such as the London Eye, The Eiffel Tower, the Rome Colosseum (which I have yet to visit), so I was happy to know that I was able to not just visit but walk over Dublin’s famous landmark, the Ha’Penny Bridge.  It’s a small bridge made to walk over the River Liffey but it has become iconic. The bridge has some interesting history as the name comes from the amount that used to be charged to cross the bridge. I felt lucky that my paws crossed the bridge.

We did some more roaming around at Dublin. It is after all, quite a big city. I wanted to take the famous hop-on and hop-off bus but unlike the European cities, I was not allowed to hop on at all. 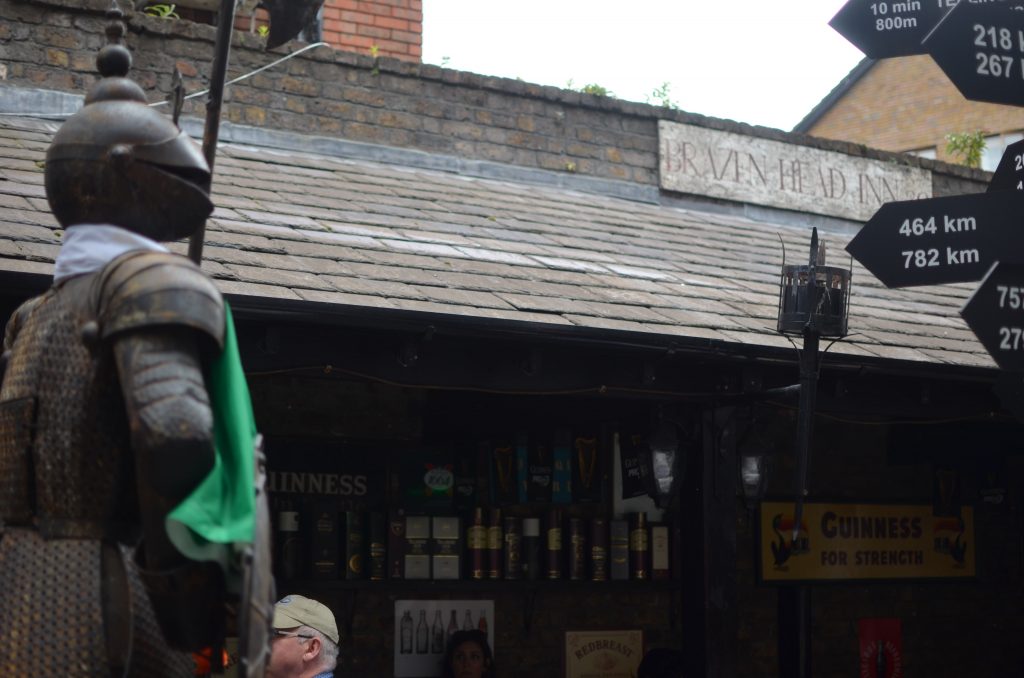 We continued to stroll around the city and I discovered, even from being a four-legged tourist, how much Dublin really plays off of its green and lucky theme. All the major gift shops were decorated with Green. I also wanted to visit many of the burger places. But we did stop at a great donut place in Dublin called the Aungier Danger.

Now the number one place I wanted to visit was the Guinness Museum in Dublin. But guess what? I wasn’t allowed in either. Fear not as Danny went and he said it was very much enjoyable and he drank some tasty beer. I told him to drink three, two for me and one for him.

Our trip to Dublin was finished but it didn’t feel complete, because I had no Guinness. After a few days in Dublin we were ready to head over to the Wicklow Mountains.

But wait! Lucky for me, Danny did bring me a Guinness! I must’ve crossed a leprechaun somewhere! 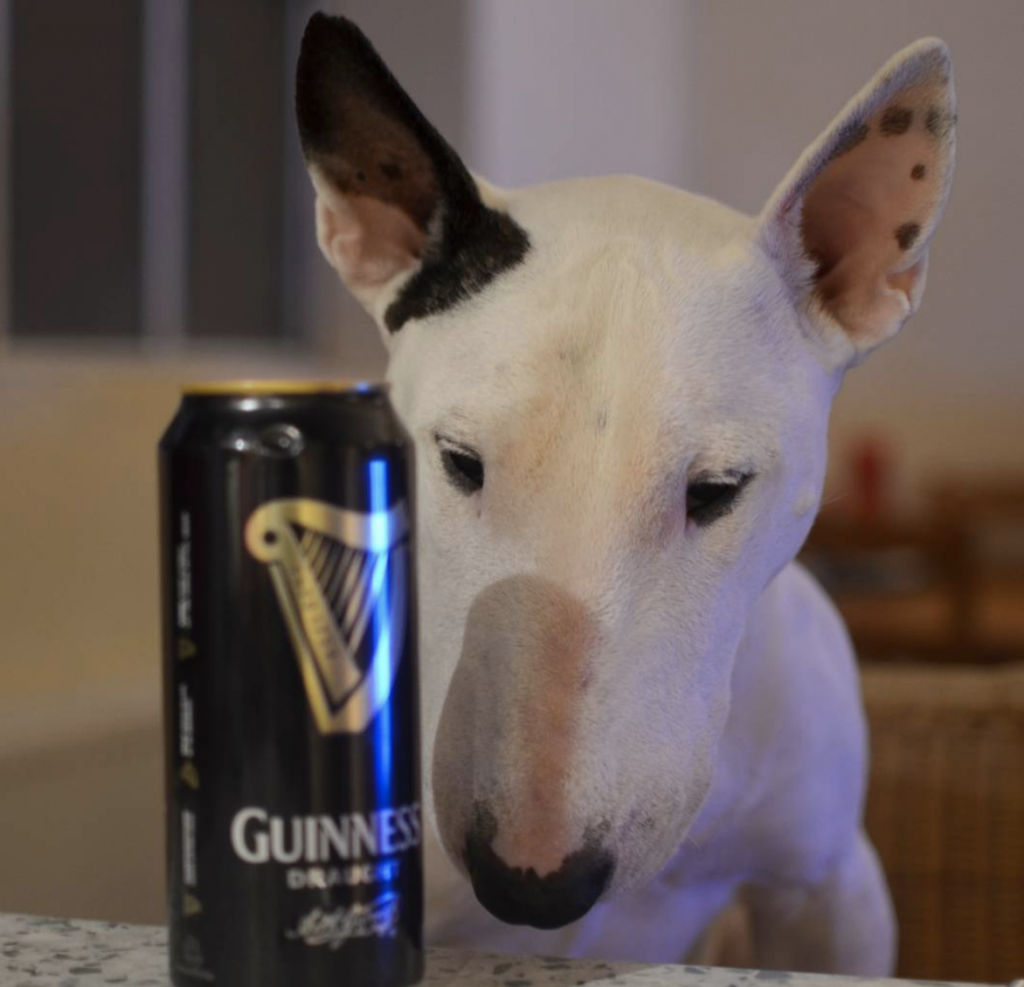 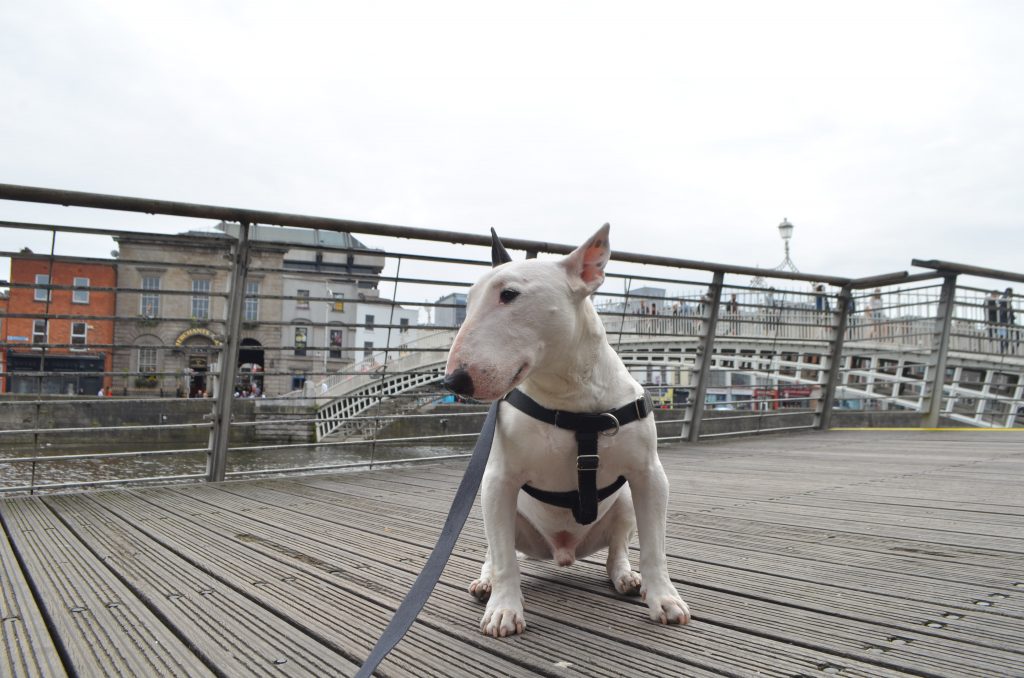