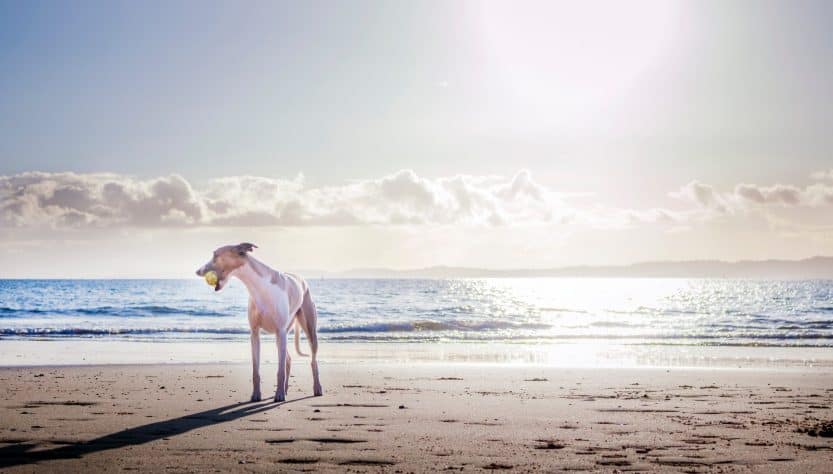 These days, we could all use a little vacation. Even our four-legged friends might love to get away for a bit to explore new sights, smells and sounds.

If you are planning a trip to the US with your dog or already live there then you might be happy to know that Wanderu, a ground and air travel metasearch engine, published research which shows the most dog friendly cities in the United States.

To come up with the list of most friendly cities, Wanderu looked at and ranked each of the 45 most populous cities in the US in an assortment of categories and averaged all the data to come up with the top cities.

So before you grab a map and pack your bags, sit down with your pooch and check out these top dog friendly cities.

Ranking at the top of the mountain is the city of Oakland in California. This city also ranks as the best city for outdoor activities, too. It’s the city’s high walkability score and wide availability of pet services per capita that makes Oakland stand out. For a city of under 400,000 people, Oakland boasts nearly 1,000 restaurants that welcome dogs, including top-rated picks Kitchen Story and The Wolf.

Wanderu’s research also showed that the top four dog-friendly cities to visit are all West Coast hot spots. While Oakland ranked first, it was followed by Sacramento, CA and Seattle, WA and Portland, OR.

Sacramento, California’s capital city, ranks high due its trails and parks like the American River Parkway, running from Old Sacramento to the Folsom Lake State Recreation Area. As a bonus, with a relatively mild climate most of the year, paved trails won’t get so hot to burn your pet’s sensitive paws. Mild weather also means there will be more chances at eating outdoors with your furry friend.

Sitting at number five is Washington, DC. The country’s capital city has the highest percentage of dog friendly hotels.

For those who are traveling and may forget a thing or two for their pet, then you’ll be happy that many of these cities have hundreds of pet stores. The city with the most pet stores is Long Beach, CA is the clear top dog. These stores range from nationwide pet supply chains to local, boutique shops with precious pet accessories.

While traveling, it’s always handy to know where the nearest pet hospital is. Long Beach is again at the top of the pack here with the most pet hospitals (529) of any city in the top 10.

The number of dog trails per capita shows what you can expect on your vacation walks. Oakland ranks at the top here, boasting the Redwood Regional Park.

If you want your dog to meet other dogs while on vacation, then it could be a good idea to head to your nearest dog park in which case you will find Oakland has nearly 130 of them and ranks at the top.

Wanderu also counted the number of posts on Instagram tagged with “#Dogsof” in front of the city name (as in, #DogsofAustin, #DogsofDenver, etc.). These posts express adoration for the city’s four-legged residents. To make sure that cities with enormous populations did not drown out other contenders, it ranked the cities by their hashtag uses per capita. The city of Boston, MA was the winner in this category.

While on urban exploration, you will likely be walking to many places taking your dog along with you.

San Francisco, CA tops the list as the most walkable of the 45 cities researched. Only 7 miles by 7 miles, both paw and foot can circle the whole city in a day.

The final category takes into account the transportation options available when traveling with your dog.

Unfortunately, in the US, bus carriers do not allow pets to travel on their buses. Bus carriers only allow service animals, so pets will have to travel another way. In this case, the US has a long way to go to catch up with its European counterparts.

Amtrak allows dogs to travel on most trains, with some restrictions on the weight and size of the pet carrier and the length of the route. Before booking a ticket, ensure you read the complete Amtrak pet policy.

Furthermore, Amtrak only allows dogs to travel on some of their train routes. This makes it much harder to travel to some of the cities on the list. For example, the Amtrak Pacific Surfliner is the only train that goes to San Diego, however this train doesn’t allow dogs.

Below is the rest of the 45 cities ranked by overall score.