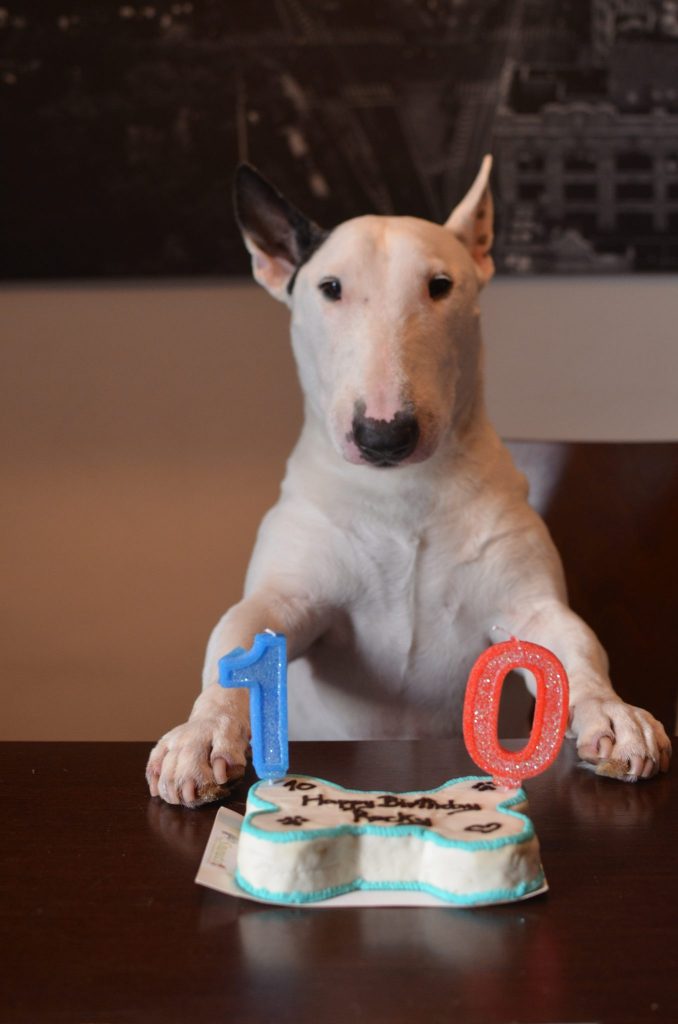 Hi my friends! Thought I would take a small break from the travel blog to celebrate my tenth birthday!

I know, I can’t believe it myself that I have been on Earth for ten years!

It seemed like only yesterday that I was born to a lovely family of champion bull terriers in Indiana and then delivered by a flying stork to my new dad Danny in the Washington DC area. (At least he told me it was a stork). He worked there for a couple of years and then around 2010-2011 we moved to our hometown of Orlando Florida and stayed there until 2014-2015 when we moved to England and began traveling.

I am ten years old now and have been traveling for about four years in Europe and throughout that time I’ve seen 20 countries. I still feel like a puppy and I still feel there’s quite a bit left to do before I retire. 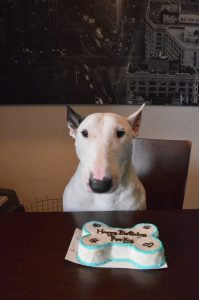 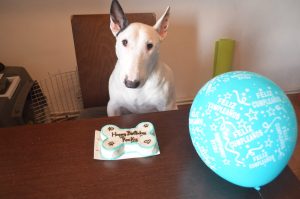 After that, our plan is to settle down and adopt an adult bull terrier so I can have a friend into my “senior years”.

I will still be able to travel here and there (maybe to more relaxing destinations) as I don’t think I will ever stop.

Now here’s  a few photos throughout the years that I managed to dig up! 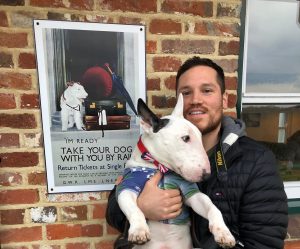 What an incredible ten years it has been!

Now on to the celebration! I enjoyed my carrot and banana cake! It was delicious and I ate every crumb of it!

Taking a close look at my cake below.

It didn’t take long before it was gone! 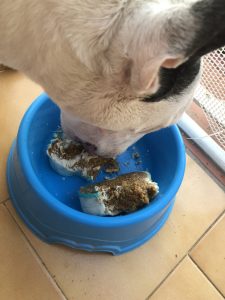 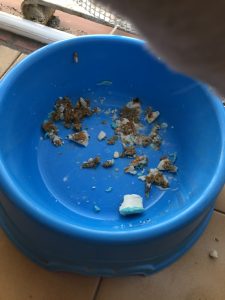 Thanks guys for joining me on this look back at ten years! Here’s hoping for another decade of fun and travels! Cheers my friends!