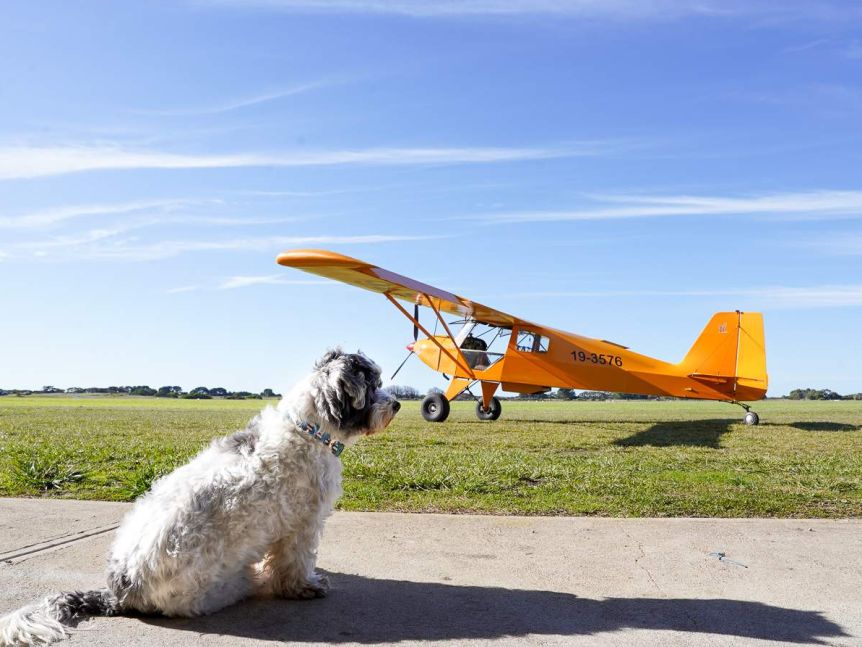 A 13-year-old Maltese shih tzu has explored Australia from the cockpit of a Tiger Moth biplane. The furry frequent flyer goes by the name of Bongo, and despite having four legs, he rarely touches the plane’s controls.

Bongo’s human Ross Kilner has been flying with his best friend for 11 years, according to ABC News.

The duo flies out of Robe Airport on South Australia’s Limestone Coast where Kilner has owned a hangar for 30 years. But it was not an immediate love affair between Bongo and air travel; when Kilner bought him off his former pet parent in 2009 Bongo was not exactly a high-flying wonder and it took him a while to get used to it.

Early on, Bongo’s ears would prick up when Kilner would start the engine. Kilner said Bongo soon got used to it, just like dogs do with cars, and now he loves to travel.

“Anywhere I go he wants to go with me,” Kilner said.

A little while ago Bongo was grounded from flying and he seemed to have lost his enthusiasm for life and flying.

“He got very fat, started to get very lethargic, and didn’t want to do much,” Kilner said. He was advised to put Bongo on a strict diet of chicken and rice but at first he was reluctant to put his four-legged pal on a restricted diet, but he did it anyway.

“Six months later and he can run up the stairs, he’s bouncing around here at the airport like he’s had a new lease on life,” Kilner said.

Kilner has hundreds of people, if not more, up in his two planes, but his most consistent and loyal passenger has undoubtedly been Bongo.

What a lucky pup to be able to travel across Australia on a plane with his human. They are both fortunate as Kilner has been able to share his passion of flying with his best friend and receives great company and loyalty from Bongo.

This is one of the most exciting ways to travel across a country and Bongo seems to be at ease on the cockpit. It just goes to show you adaptable dogs are and it also shows what great companions they can be no matter the profession. Truly, this is the best ‘take your dog work day’ a dog can experience.

Rocky the Traveller said, “It’s so amazing that Bongo can go on the cockpit and enjoy the flight across the wonderful country of Australia. He is the coolest dog traveler. I wish my human owned a plane so I can fly just like Bongo. I think I have a new hero!”