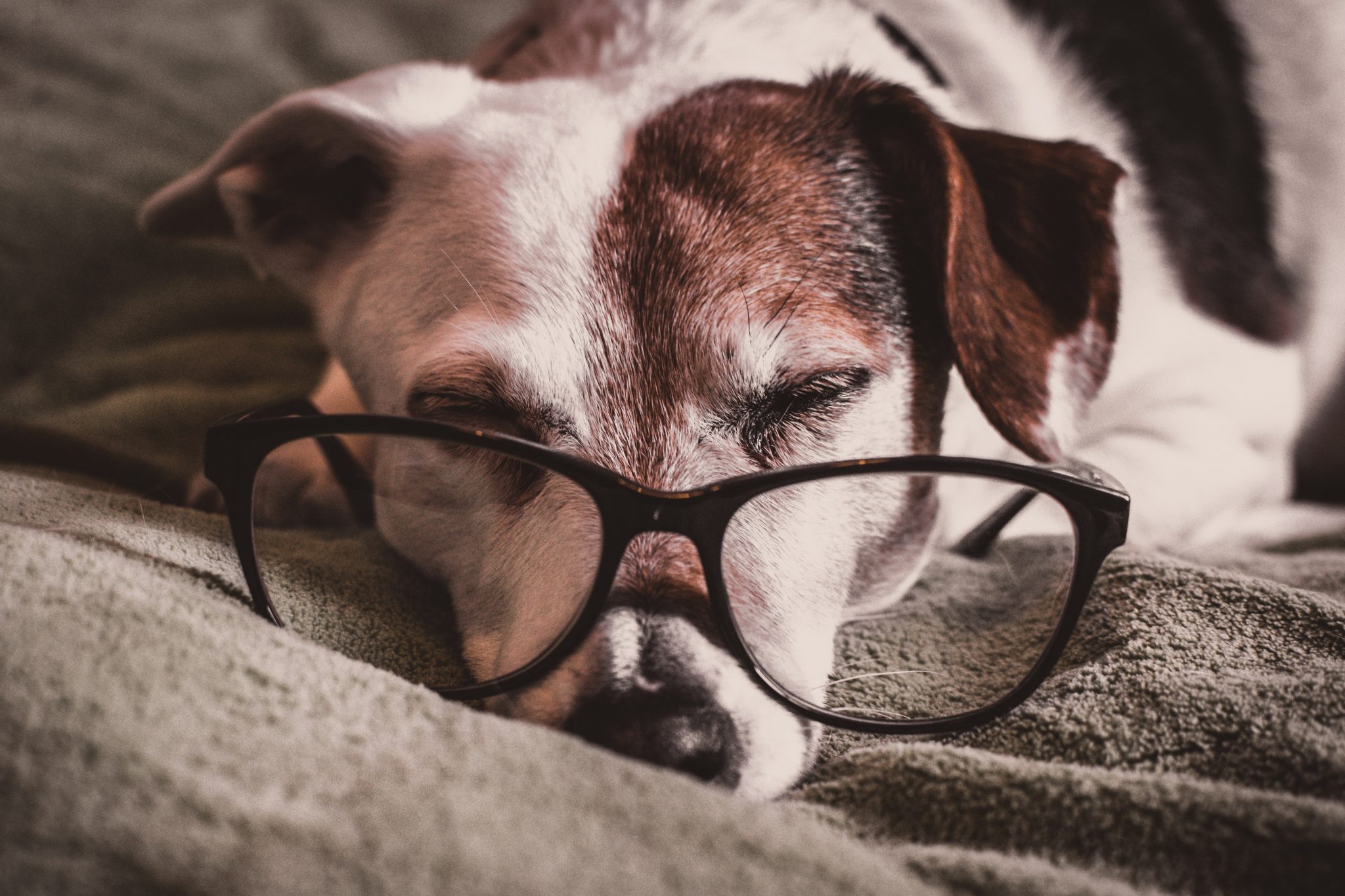 According to the old myth, if you want to know how old your dog is in human years you multiply their age by seven.

The myth has persisted for years without much evidence despite there being records of dogs who are 20 years of age and above (which would make them 140+ in human years!).

But a new study by researchers at University of California San Diego School of Medicine throws that myth out the window.

Instead, the researchers created a formula that more accurately compares the ages of humans and dogs. The formula is based on the changing patterns of methyl groups in dog and human genomes — how many of these chemical tags and where they’re located — as they age. Since the two species don’t age at the same rate over their lifespans, it turns out it’s not a perfectly linear comparison, as the 1:7 years rule-of-thumb would suggest.

The new methylation-based formula, published July 2 in Cell Systems is the first that is transferrable across species. More than just a parlor trick, the researchers say it may provide a useful tool for veterinarians, and for evaluating anti-aging interventions.

“There are a lot of anti-aging products out there these days, with wildly varying degrees of scientific support,” senior author Trey Ideker, PhD, professor at UC San Diego School of Medicine and Moores Cancer Center, said. “But how do you know if a product will truly extend your life without waiting 40 years or so? What if you could instead measure your age-associated methylation patterns before, during and after the intervention to see if it’s doing anything?”

Ideker led the study with first author Tina Wang, PhD, who was a graduate student in Ideker’s lab at the time.

The formula provides a new “epigenetic clock,” a method for determining the age of a cell, tissue or organism based on a readout of its epigenetics — chemical modifications like methylation, which influence which genes are “off” or “on” without altering the inherited genetic sequence itself.

Epigenetic changes provide scientists with clues to a genome’s age, Ideker said, much like wrinkles on a person’s face provide clues to their age. 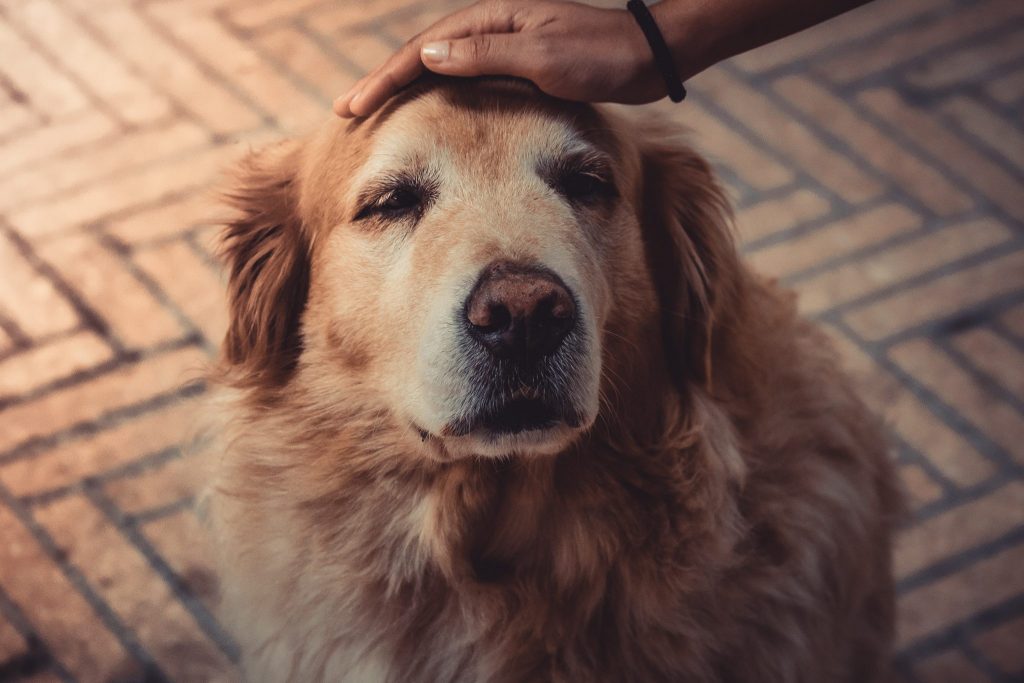 Ideker and others have previously published epigenetic clocks for humans, but they are limited in that they may only be accurate for the specific individuals on whom the formulas were developed. They don’t translate to other species, perhaps not even to other people.

Bannasch provided blood samples from 105 Labrador retrievers. As the first to sequence the dog genome, Ostrander provided valuable input on analyzing it.

“This makes sense when you think about it — after all, a nine-month-old dog can have puppies, so we already knew that the 1:7 ratio wasn’t an accurate measure of age,” Ideker said.

According to Ideker, one limitation of the new epigenetic clock is that it was developed using a single breed of dog, and some dog breeds are known to live longer than others. More research will be needed, but since it’s accurate for humans and mice as well as Labrador retrievers, he predicts the clock will apply to all dog breeds.

Next, the researchers plan to test other dog breeds, determine if the results hold up using saliva samples, and test mouse models to see what happens to their epigenetic markers when you try to prolong their lives with a variety of interventions.

Meanwhile, Ideker, like many other dog parents, is looking at his own canine companion a little differently now.

“I have a six-year-old dog — she still runs with me, but I’m now realizing that she’s not as ‘young’ as I thought she was,” Ideker said. 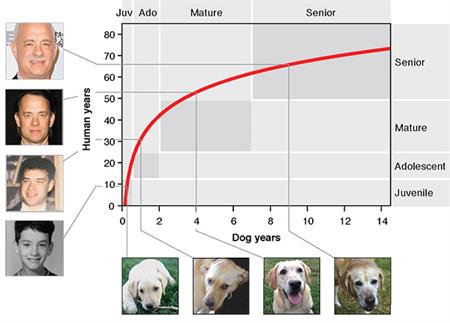 Last week, the world’s oldest golden retriever, Augie, turned 20 years old. She is still active and jumps in the pool and joins her fellow golden retrievers on adventures.