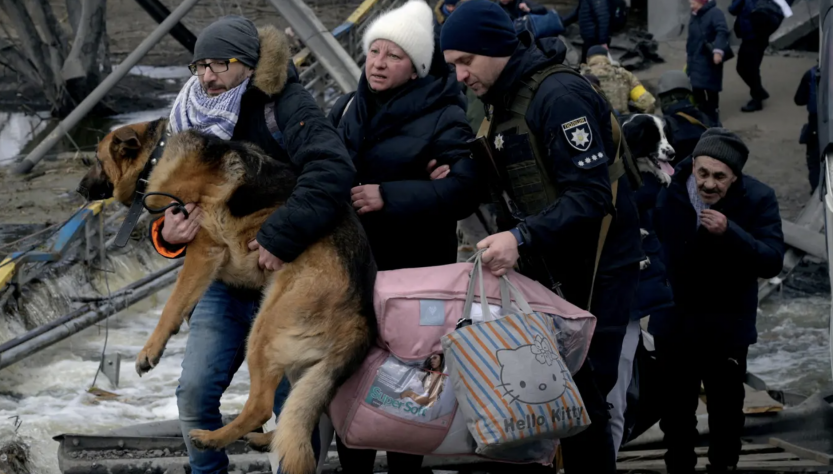 The UK government recently put in place new emergency support for those fleeing Ukraine with their pets.

Using an emergency license, people fleeing Ukraine can bring their pets to the UK with any quarantine costs met by the UK government.

Entering the UK with a pet, even from Europe, requires much paperwork, treatments and possibly quarantine but the new rules aim to quicken the process for refugees coming from Ukraine.

The UK’s Animal and Plant Health Agency is providing quick license approvals and quarantine arrangements to avoid creating additional burdens or delays. The government will also be covering their vaccination, microchipping and quarantine costs, recognizing that many individuals from Ukraine will not have been able to complete the full health preparations required for their pet on arrival.

According to The Guardian, pets entering the UK could still spend up to four months in quarantine facilities. Many Ukrainians are struggling to obtain the blood tests they need for pets who have had anti-rabies vaccines, in order to prove that they have developed rabies antibodies, since laboratories are either closed or not processing animal blood tests.

A number of Ukrainian refugees who are making their way to the UK told The Guardian that their dogs or cats had to face quarantine rules upon entering the UK.

The maximum stay in quarantine for a pet which has received no rabies vaccination is four months. Pets will be considered on a case by case basis, with a shortened quarantine period for those that are vaccinated.

“We are working with vets and quarantine facilities to make sure that the arrival of Ukrainians in the UK is not delayed by the process to make arrangements for their pets,” the government stated.

Many Ukrainians have fled their home country after Russia invaded on 24 February 2022 and many of these refugees have taken their pets with them.

Animal Welfare Minister Lord Goldsmith said, “People having to flee Ukraine are in an appalling situation. I’m pleased that Ukrainian refugees will be able to bring their pets to the UK with any quarantine costs paid for by the government. As part of our new streamlined process, any animals which have already received some treatment may also have their stay in quarantine reduced and be returned back to their owner as soon as possible.”

A Department for Environment, Food and Rural Affairs spokesperson said, “We have put in place a new streamlined process for people bringing their pets from Ukraine. The Animal and Plant Health Agency will provide quick approvals and relevant quarantine arrangements, for which we will cover the costs.”

Before arrival, people leaving the Ukraine or their carrier should contact the Animal and Plant Health Agency at pettravel@apha.gov.uk or call +44 3000 200 301 option 2. The government added that there is a limited amount of quarantine facilities in the UK and it will prioritise those fleeing Ukraine who wish to bring their pets with them, rather than animals being brought over on a commercial basis, including rescue imports.