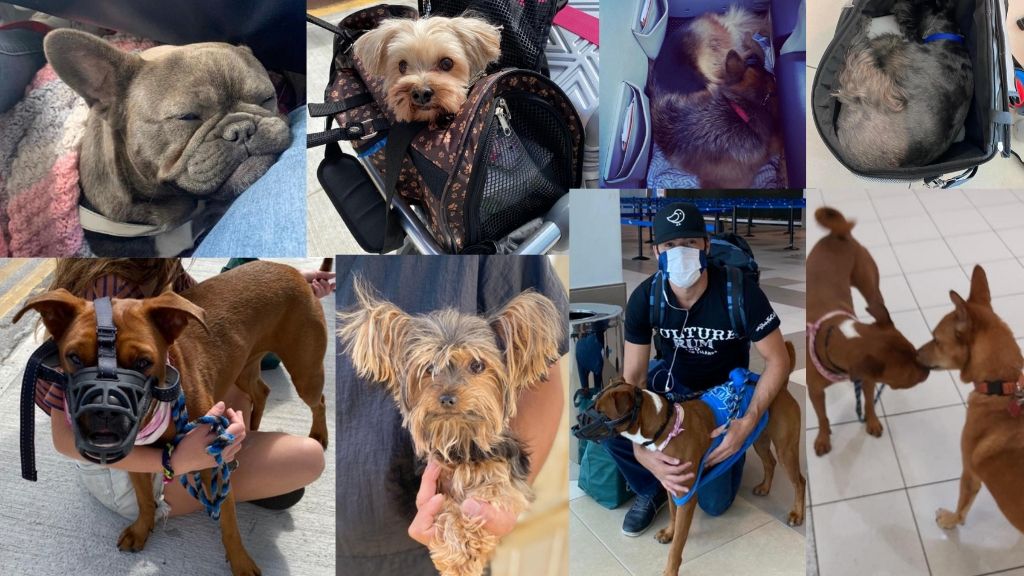 According to CBC, Nikole Poirier, a Canadian who lives in the Cayman Islands, says she made calls to the Canadian consulate after learning that pets were not allowed to go home with their human parents on the only repatriation flight to leave the islands since the beginning of the Covid-19 pandemic.

The pet repatriation flight was also coordinated by Aimee McKie of Must Love Dogs, Maria Lang from the Governor’s office and Jeff Boucher, Honorary Consul for Canada, according to Loop Cayman.

To organize the flight, Poirer made some calls and learned that the private flight from the Cayman Islands to Toronto would cost CAD 140,000 (USD 101,668), which she couldn’t afford on her own. So she then sent out a social media blast in search of pet-owners and families in the Cayman Islands eager to get themselves or their pets back home. The response was both quick and positive.

“My biggest priority was getting animals off the island,” Poirier told The Star. “A lot of these companies, West Jet, Air Canada — first-class high-end planes — they’re not interested in a zoo on their plane, right? So it was a matter of finding a company that would work with us, and Sunwing was willing, and they allowed us up to 55 animals on the plane.”

McKie, the owner of a doggy daycare, provided vet services and ensured the dogs were well cared for until they boarded the flight.

The flight was not an official repatriation flight and required passengers to chip in for the price of the ticket. Poirier said some people even chipped in to pay for those who couldn’t afford their own ticket home.

Noah’s Ark was not easy to pull off. Poirer told Loop Cayman, “There were so many considerations, and so many ways things could have gone horribly wrong.”

The Sunwing warned of a CAD 1,500 fine (USD 1,089) for pet-related ‘accidents’ and required that all dogs wear basket muzzles. The Canadian Honorary Consul was required to vet all non-Canadians embarking the flight, as there would not be a return flight to bring them back should there be issues with immigration. There were also six people whose travel arrangements on the flight were approved for coverage by the Canadian repatriation fund.

Poirier says even with the flight, additional people remain in the Cayman Islands, without a way of getting to Toronto. She is helping to organize a second charter flight in July to help those still looking for a ticket home with their beloved pets.

A feel good story which goes to show the lengths that people would go to avoid leaving their beloved pets behind. It’s great to see people coming together to chip in during this time of crisis. A charter flight is very expensive and was a monumental feat to pull off. It goes to show that people, and businesses, including Sunwing, recognize the importance of pets being a part of the family.

Poirier has organized another charter flight set to take off from the Cayman Islands in July which highlights the difficulty of pets being accommodated on a flight back home during this crisis. More airlines should recognize that people will refuse to travel back to their homes without their pets and do what it takes to accommodate both humans and their pets.

Just earlier this month, it was reported that another ‘Noah’s Ark’ flight from Australia to the US was being organised by pet parents desperate to get their pets home during the Covid-19 pandemic.

Meanwhile, a UK couple that was traveling the world with their pet pug remained stranded in Costa Rica because they couldn’t take their pug home on a repatriation flight and refused to go back without the pug.

The Noah’s Ark stories show that if there’s a will then there is a way and it’s lovely to see people banding together to ensure they remain with their pets.