Our experience in the city of Cambridge

Recently, I found myself thinking about how I had never studied in university. Oh sure, I had been to a few dog training classes here and there, and I had learned how to sit, stay, give a high-five and lie down upon command, if I felt like it. But travelling around the world sure changes your perspective on many things and if I’m going to be journeying to different continents and holding my own against the movers and shakers of the big cities, then I needed an education.

Enter Cambridge. I think I had first heard about it while watching a movie and I had borrowed my trusted friend and travel companion Danny’s laptop to do a bit of research on what university I can enroll in whilst I explore England a bit in the summer. I had to convince my trusty companion to drive me there but it worked.

The conversation between me and Danny went like this:

Rocky: “Let’s go to Cambridge on our next trip, I’m starting to feel like I really need a degree. It’s something that I really feel has been missing from my life. Maybe I can study tourism or the culinary arts, maybe a journalism degree?”

Danny: “You’re a dog, last time I checked, you don’t really need a degree, especially from Cambridge. Can you imagine the tuition they would charge you for not being human? Also, you don’t even have an elementary education.”

Rocky: “Technically, I am English so I think I can at least get some kind of tuition discount. Forget elementary school, that’s not important. So I suggest we go there, check out the campus,  you can talk to the women there, I heard there’s a lot and from what I’ve studied there’s quite a promising food scene there, oh yes and there will be women.”

That instantly changed his demeanor and he was now excited about the idea.

Danny: “Great idea! I’ve never been to Cambridge, I think we should go. As your travel companion, I advise you to rent a big wooden, rowing boat and race it around the rivers. I also advise that we have a few craft beers while we are there and possibly crash some parties. It’s important to get a good feel of the scene if you’re thinking of going to the university there.”

And off we went to the scholarly, bright and historic university city of Cambridge. We picked up a friend on the way there who could guide us and we gave her the privilege of parading around town with the two most tantalising university prospects this city had ever seen.

Arriving in Cambridge, I was astounded, my shark-like jaw hit the floor at just how quaint and charismatic this city was. We must’ve gotten there during a special student weekend as every other group of students looked like they were going to a prom sponsored by Abercrombie & Fitch.

Our first task: Go Punting! Now, when I first heard this term, ‘punting’, I had pictured us kicking around a football through a goal. Back in the states, American football is king and that’s what I knew.

“Now this is incredible. This is what punting should be in the NFL.”

So we went to one of the docks where we were greeted by the loveliest of people. I also forgot to mention that at this point I was wearing my yellow raincoat, which brought some curiosity and attention (the good kind). Indeed, one must be prepared for the craziness of England as every cloud in the sky at this point looked about ready to dump a million gallons of rain on me at any second. Now, back to the punting.

We wandered off into a random dock with friendly people trying to sell you their version of the English punting dream. I was quite taken with the hot dog cart that was next to Scudamore’s Quayside Punting experience and so Danny and his friend Paula, negotiated to hire a boat. 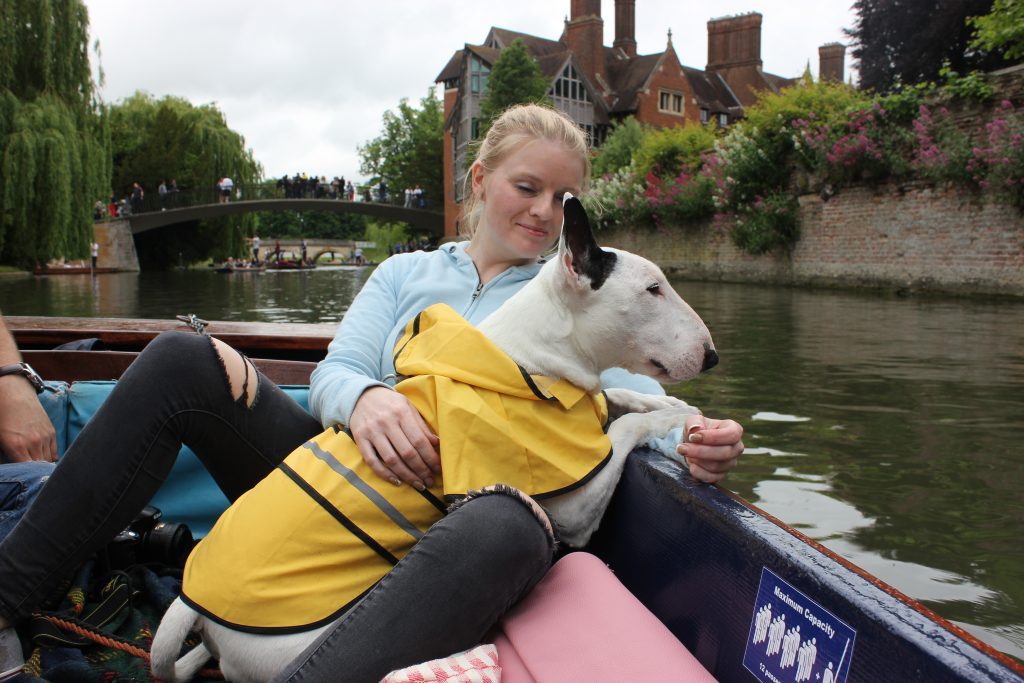 I tried to negotiate with the Scudamore salespeople as a way for us to get the boat to ourselves.

Me: “Can we get one of these big boats for just the three of us? We wish to explore these rivers on our own like the adventurers that we are. My human Danny can do all the paddling and I also would like this hot dog cart around the corner to deliver us some hot dogs in the middle of the river, preferably with ketchup and mustard.”

Danny: “My shoulder makes this clicking sound sometimes, I don’t think it’s a good idea for me to paddle. Maybe Paula is up for it, she’s English.”

With neither of us having any kind of punting experience, we decided to get on a boat with a group of tourists from all over the world. That’s great, I love the tourist experience and part of the reason I travel is to meet different people from around the world. 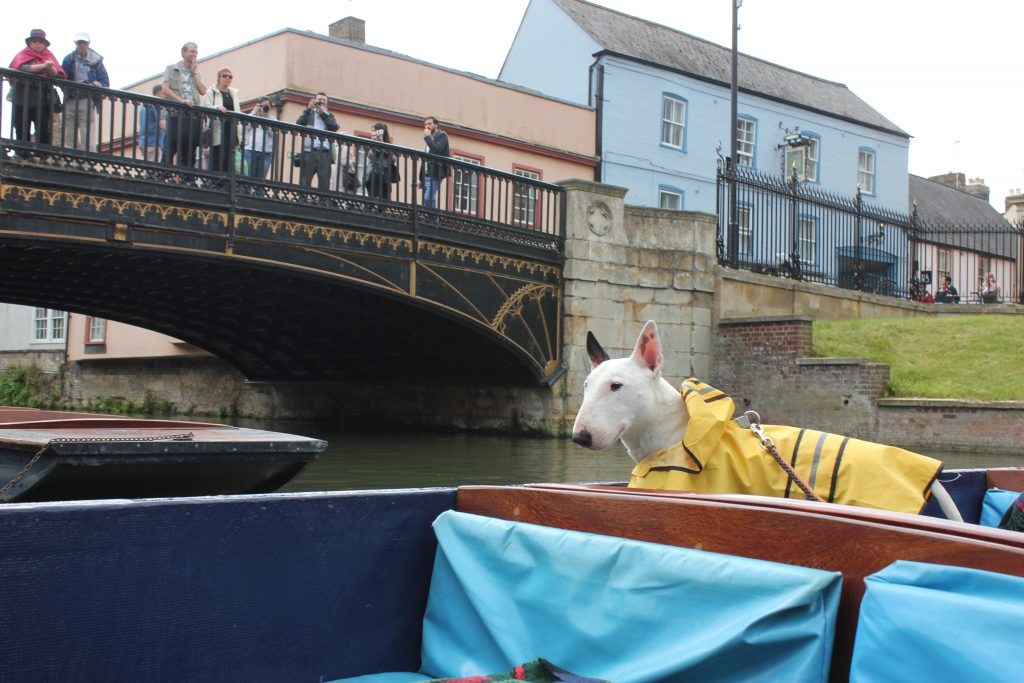 There was nary a building or piece of architecture throughout the boat ride that I wasn’t impressed by. It was like I had been taken to a different era, some bygone historical period in which merchants came to bring spices and danced and blew horns to signal their arrival to port.

I was quite taken with a few tourists who had shared the boat with us. They had come from China and studied at Cambridge. They had asked to take a few photos with me and I agreed, it was at this point that my travelling partner Danny attempted to intervene to charge £20 per photo. Even the tourists laughed at this. Instead I did it for free, but I had suggested that a hot dog or two, per photo,  wouldn’t hurt. 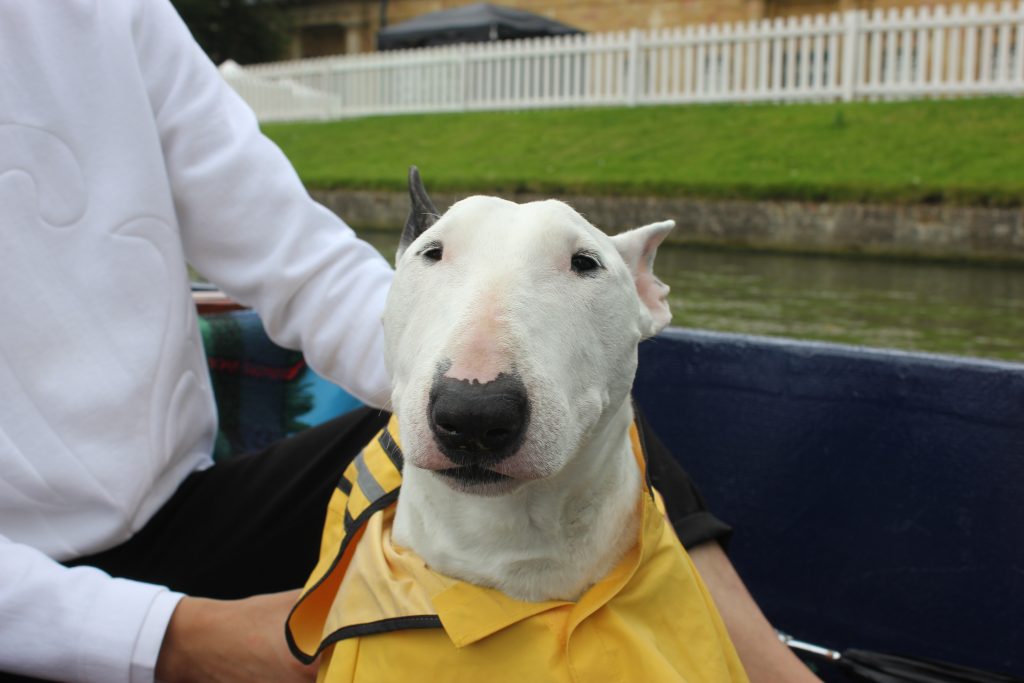 Our tour guide, a wonderful and cheery blonde girl who attends Cambridge University like I will soon, paddled us around the city for about an hour, maybe even more. Some of these dormitories looked like medieval doghouses. Right by the water. ‘This was perfect’ I said to myself. I have to live here.

I remember running into several other boats while we were punting, some of which were racing each other. Apparently, that same weekend, there was some kind of ‘build your own boat’ charity event. One of the boats had looked like a coffin and had a full grown male human lying on it. Each one of us did a double take when that boat had passed by us. I was sure that the person inside was a goner. 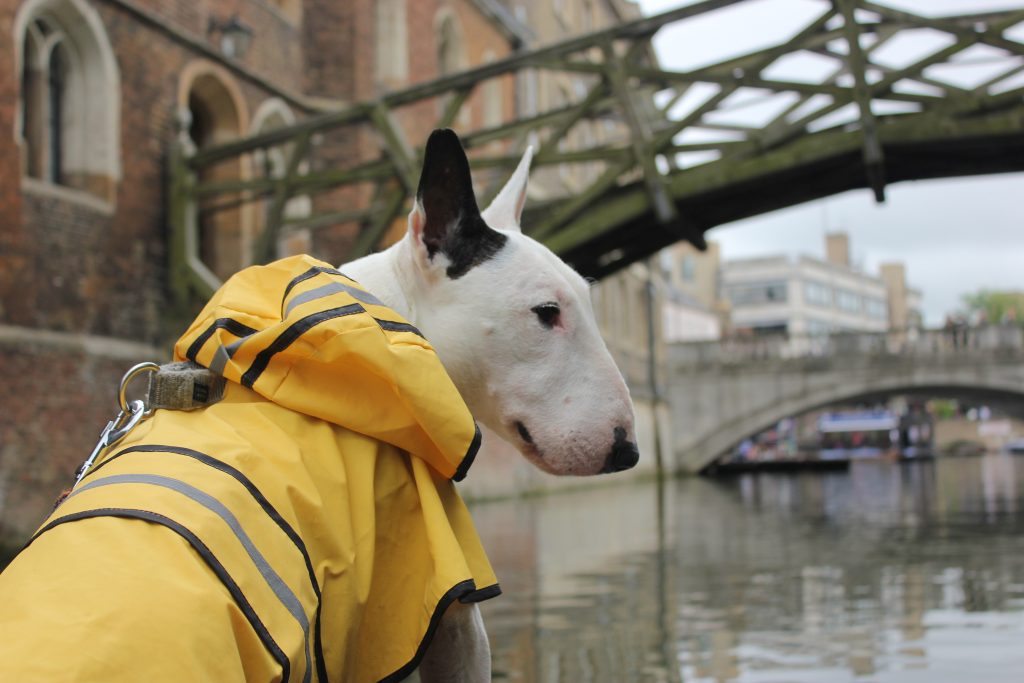 After the boat ride, we stayed around for more photos to which the happy tour guide/paddler happily lent us the boat for a good ten minutes. We then walked up the ramp and I had made a beeline straight to the hot dog stand.

A re-energising hot dog was all we needed to continue to explore the city of Cambridge. After our punting experience, we strolled around the city like eager college students taking a tour of campus before they decide to enrol for the semester. 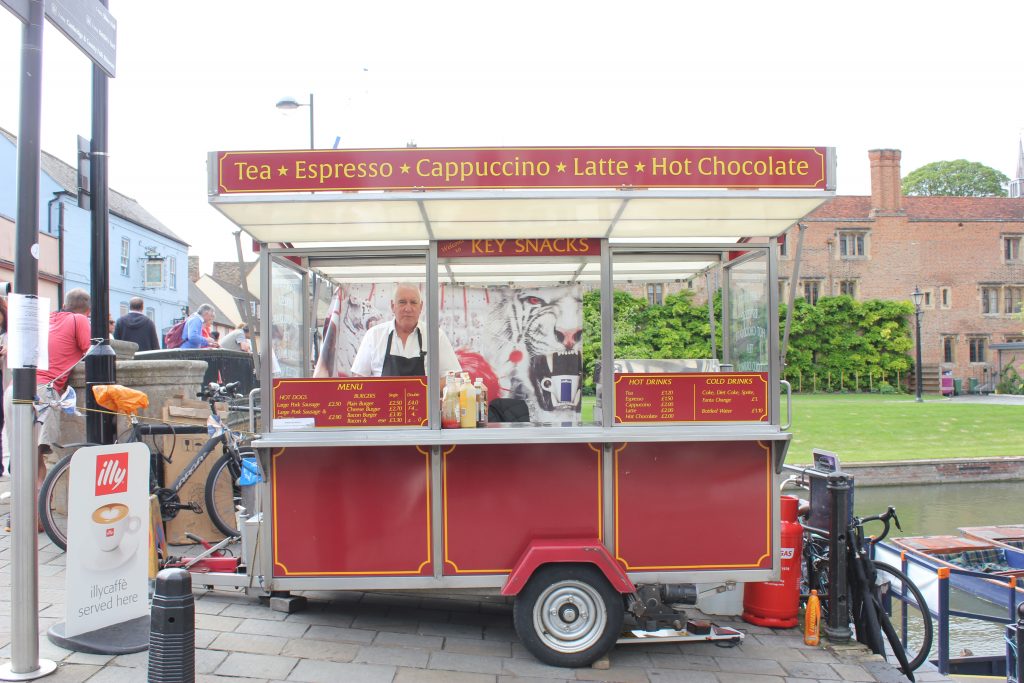 Next up, we’ll find out if I was accepted into the university.