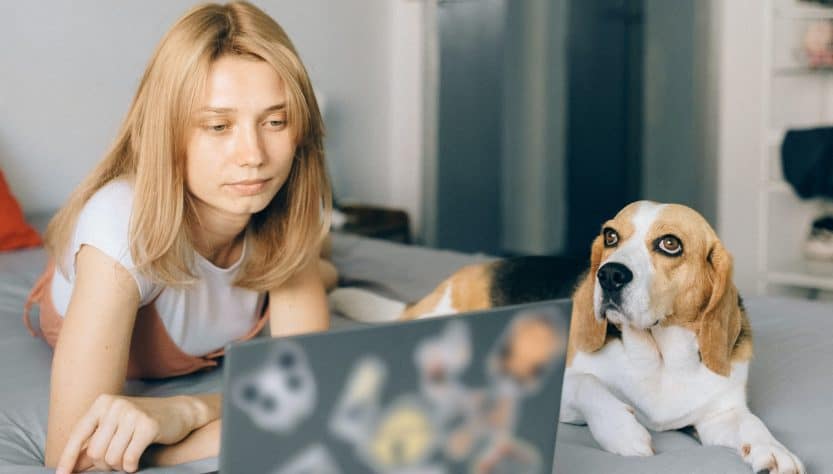 Americans love dogs. In fact, according to the American Pet Products Association, consumers spent $103.6 billion on pets in the US in 2020, due in large part to the lockdowns and increase in dog adoptions.

During these lockdowns we managed to even strengthen our bonds with man’s best friend.

Research from the Bark Company, the company behind pet monthly subscription service BarkBox, found that 70% of dog parents report that their relationship with their dogs grew stronger due to the pandemic. This is more than those who say the same about their relationships with their spouses (49%), their kids (39%), their friends (31%), or their parents (28%).

The research also found that women are significantly more likely than men to report they leaned on their dog for emotional support (36% vs. 26%) and spent more time with their dog (50% vs. 41%) this past year than ever before.

Meanwhile, men are more likely than women to report that they grew closer to their spouse during the pandemic (52% vs 45%), and nearly equal numbers of men and women assert their relationship with their dog grew stronger (71% and 70%).

About 1 in 3 dog parents report that they relied on their dog over the last year to keep them company (33%)and for support (30%) more than they ever have.

Dog parents say that they grew closer to their dogs because of the pandemic (73% who returned to work, 70% of those still working from home and 69% of those who never worked from home).

Returning to the office without our dogs

The research also found that most, or 72%, of dog parents who have already returned to work miss their dog while they are back at the office. This is greater than those who miss the savings from not commuting (37%), their partner (39%), or children (35%).

When it comes to dogs in the office, nearly a third, or (32%) of dog parents believe that they would be happier and less stressed at work if they had their dog with them, and 28% feel that their life would be more convenient if they had this option.

About 1 in 4 (24%) dog parents who’ve returned to the office check their dog camera during working hours. At the same time 20% of dog parents shared that they’d be more productive at work if they had their dog with them.

Henrik Werdelin, co-founder of Bark, said, “The past year and a half of people working from home with their dogs has only made their relationship stronger, and as offices reopen, there’s a completely understandable precedent that our dogs remain happy whether they stay at home or join their humans at work.”

Dog benefits in the office

Nearly 4 in 5 (78%) of dog parents report that their current employer has not made any adjustments to their workplace policies on bringing dogs to work. Among this group, 2 in 3 maintain that dogs have never been and are still not permitted. At the same time, 10% say their office has updated its policies to allow pets in the wake of the pandemic.

Nearly half (42%) of dog parents believe that employers should offer dog benefits as part of the employee benefit package (vs. 37% who feel the same about benefits for children), such as bringing dogs to the office (28% vs. 15% who want to bring children to the office) and an almost equal amount who want doggy daycare (28%) and childcare (29%) at or near the office.

Meanwhile, 2 in 5 dog parents who are permitted to bring their pup to work say that their employer supplies the basics like food and water (45%) and treats (42%). Approximately a third (34%) report that their employer currently offers dog walking services (38%) and even fewer report there is a dog-proofed environment, clear of exposed wires, toxic products, or open food (32%), toys (33%), or relief zones in or near the office (25%).

The research also found that 1 in 3 dog parents that are permitted to bring their dog to work and have reported at least one instance in which they felt uncomfortable doing so, admit they’d feel more at ease if their employer supplied a designated indoor area for play (37%), a dog-proof environment (31%), or even treats (36%).