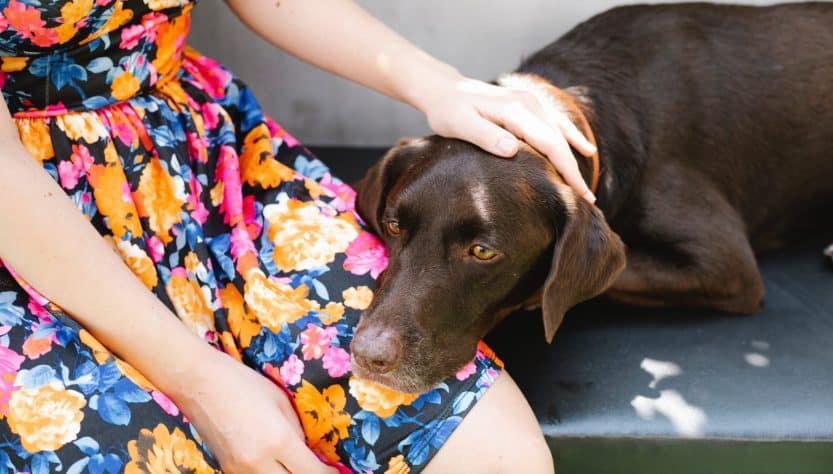 The UK is a nation of pet lovers with more than half of households having a furry friend in their homes. As pet lovers it’s important to keep our pets safe. Now a new report from ADT sheds light on some of the UK’s worst hotspots for pet theft as well as some of the most stolen dog breeds.

For the report, ADT requested information from police forces across the country on the number of reported pet thefts over the last five years, and which types of pets are the most commonly stolen too.

It found that Devon and Cornwall have the unfortunate title of the UK’s pet theft hotspot, with the police jurisdiction recording more than 140 stolen pets per 100,000 people since 2017. Birds make up the majority of the victims of these crimes, with more than 1,500 recorded instances of bird theft since 2017.

Northumbria follows Devon and Cornwall as it recorded slightly more than 62 pet thefts per 100,000 people over the last five years. Canine theft led pet thefts with 437 recorded dog thefts since 2017.

Taking third place is this region in the northeast with over 50 pet thefts per 100,000 people since 2017. Much like Northumbria, dogs are the most commonly stolen pets, with an average of 117 stolen each year.

On the other hand, among the safest spots against pet theft include Surrey, with just under seven pet thefts per 100,000 people over the last five years. The region has a remarkably low number of pet thefts, going as low as four recorded thefts in 2019, nearly 10 times less than its peak in 2017 of only 38.

This was followed by the West Midlands, with 10.4 pet thefts per 100,000 people over the last five tears. Like other jurisdictions, dogs are the most commonly stolen pets with Staffies being the most stolen breed, followed closely by Chihuahuas.

Taking third place is Gwent, in South Wales. Unlike many other areas, Gwent Police have not recorded any dog thefts over the last five years making it one of the safest places for four-legged friends.

Meanwhile, among the regions with the biggest increase in pet thefts between 2017 and 2021, Derbyshire led with a rise of 150% over the last five years. The region experienced its highest proportion in 2021, with owners reporting 7.4 pet thefts per 100,000 people, over double that of five years ago.

Up next are birds, with more than 2,500 instances of birds being stolen over the last five years, giving it a total of eight pet thefts per 100,000 people. 2021 was the peak year for stealing our feathered friends with over 1,200 stolen over this period and Devon and Cornwall have the highest rates of bird theft, recording more than 1,500 of these crimes.

In third place are our feline friends with more than 1,300 instances of cat theft over the last five years. Cat thefts are also on the rise, averaging around an 18% increase year on year since 2017.

Staffordshire bull terriers, one of the most popular breeds in the UK, take the top spot for the most commonly stolen dog breed as they’re one of the UK’s most popular dogs. They account for just over a quarter of the total dog thefts for the areas ADT looked at or 5.6 thefts per 100,000 people over the last five years.

Meanwhile, due to high demand and a reasonably high resale value for thieves Chihuahuas take second place, making up 12% of total dog thefts since 2017.

French bulldogs took third place. These dogs have soared in popularity over the last five years and with this unfortunately comes a rise in thefts, nearly doubling between 2020 and 2021. Frenchies can be sold for up to £3,0000 making them a highly prized target for thieves.

The ADT noted that the stolen dog breed data reflects the police forces who supplied data on specific dog breeds, so it provides a snapshot of the total proportion of thefts and the actual proportion could in fact be higher.

According to the ADT, pet parents should microchip their pets, if possible (which is a requirement for dogs and could soon be for cats).

ADT also warned over posting too much information on social media and recommends walking pets in pairs, as well as in well-lit areas, and telling a friend or a family member about the walking route. Home security and pet sitters were also suggestions by the ADT on how to keep pets safe.

Last year the UK government announced under its plans to crack down on pet theft following a reported rise in pets being stolen during the pandemic, it would seek to make it a criminal offence for pet abduction. The new offence is one of several recommendations in the report by the government’s Pet Theft Taskforce which was launched in May 2021.

Taskforce partner, Deputy Chief Constable Amanda Blakeman said, “The work of the taskforce means that police forces across the country will now be better placed to respond to pet theft through an improved recording process and a specific crime that recognises pets as valued members of the family with a significant emotional impact”.