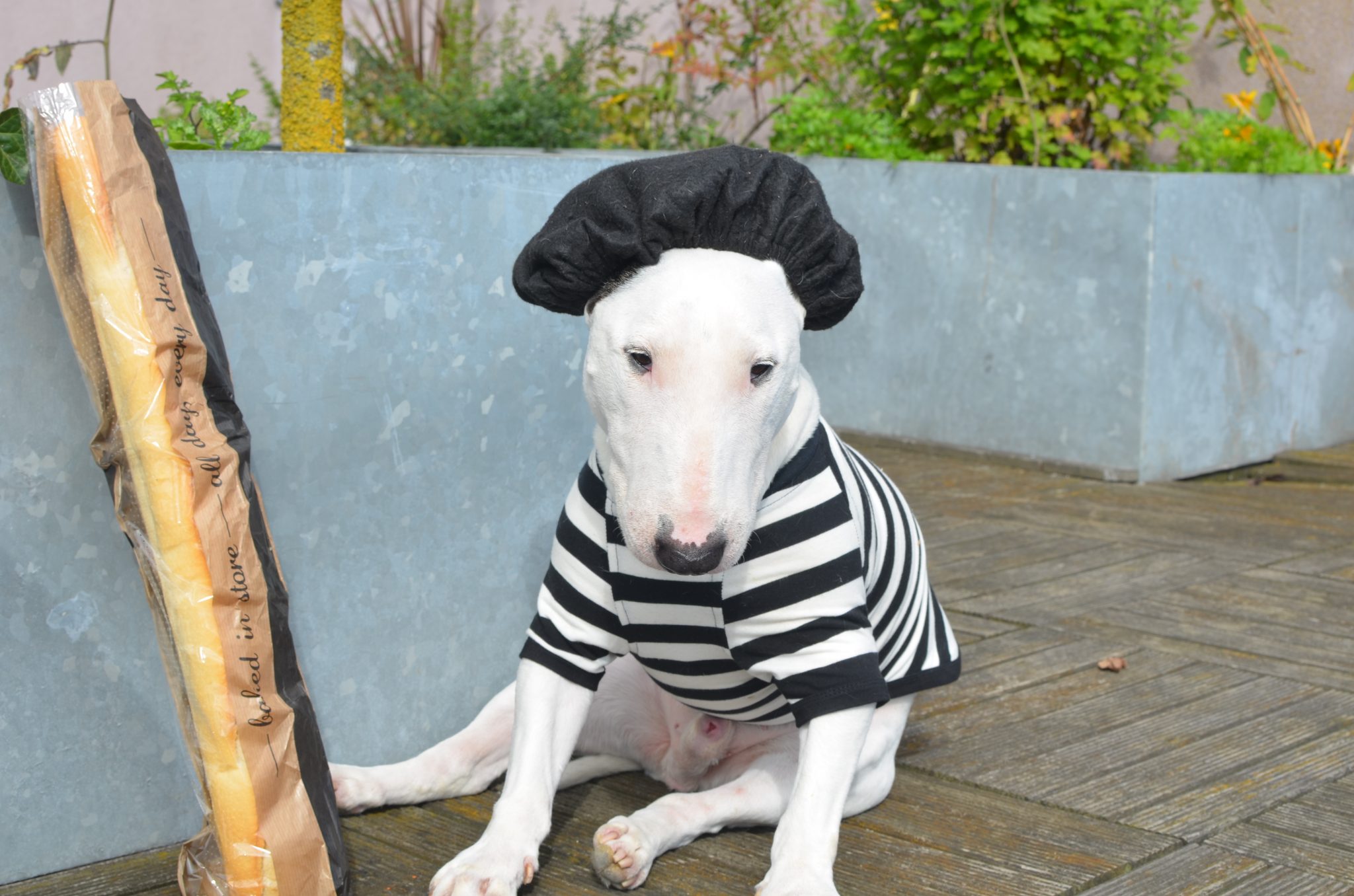 The journey of more than 2,000 miles across England and Scotland has come to its final destination: Bournemouth! (not pronounced as born mouth, rather born-muth)!

Bournemouth was the first British town I’ve ever lived in. I remember having many memories of running on the beach, rolling around on the sand and staring in wonder at all the shirtless British people who acted like they’d never seen the sun before.

But I’m getting a little distracted.

Danny said I had too much clothes! In fact, he said I had more clothes, as well as better clothes, than he had.

How much clothes did I have? An entire suitcase full! And then some! We both agreed it was time to go through and see what could be ditched. We thought about piling it up and putting it in a donation box, but our friend Paula in Bournemouth gave us the wonderful idea of donating it to the Waggy Tails Charity Shop and so that’s we did!

But before we donate my clothes, we would like to take a trip down memory lane and remember some of the cool travels that we went on with these clothes. Some of the clothes I outgrew, others were too big and covered my weiner when I peed which meant I would pee on the shirt. Not so much fun!

So sit back and check out how crazy my human is by buying me so much clothes. But to his credit, I do look amazing in them!

Our most memorable adventure with the above t-shirt was in Wales when we went to Brecon Beacons Park and saw a few castles. Though like I said, I had a little accident in it, but that’s okay we washed it.

Our next piece of clothing was a beautiful warm winter coat. It was far too tight on me and I could barely move! I must’ve gained a few kilos!

My third piece of clothing was yet another sweater that was far too tight! But I had some cool adventures with the green sweater in Merida, Spain!

Now, for my next shirt, I certainly could have made a lot of money doing mime performances on the streets of Paris with this costume. But we are going to donate it and hope a French bulldog ends up wearing it.

I wore the shirt on a few occasions only. One to shoot my famous French adventure! And the other to help my human with his t-shirt marketing!

My next jacket was only used to test out my human’s camera and lighting equipment and that was the only time I wore it! But it was bad to the bone! (Did I just say bone? I’m hungry now!)

Now this next jacket was one of the first ones we bought in the UK. It came in handy when we went off and explored Corfe Castle. The winds at the top were pretty heavy so we got some good use out of it.

In the meantime while my human tried out all my clothes, he gave me a bit of a break and provided me with well-deserved peanut butter dog treats! Of course he didn’t give me all the treats at once as we saved them for later, but I could have totally eaten them all!

My next sweater has a lot of sentimental value! It was my first ever sweater bought in the US but we took it to the UK with us when we first moved there! After a long period of deliberation, Danny decided to keep it!

Next up was my party shirt! My lovely Hawaiian shirt was used in adventures in Greece and the UK (when the weather was actually nice) as well as a cool photoshoot we did for a calendar!

We then found a handful of other shirts that fit me quite tight and so they had to go! They were both red too! One of my favorite colors that looks great on me. Well, what color doesn’t look good on me?

A cool red jersey that I used in adventures in Miami! But it too, felt a little tight on me! I guess the shirts are either shrinking with washes, or I need to start watching my figure and cut down on the bacon!

We went through a few more pieces of clothing and also a nice little scarf that looked cool but just kept falling off of me!

It was now time to gather our donation pile and drop it off at Waggy Tails. By the time we finished collecting the entire pile we found out the charity shop was closed. But not to worry, there’s always another day and we finally had our chance to drop it off and the shop was happy! So were we!

I still had a bunch of clothes though, so don’t worry about me!

So there goes our Big British Road Trip, concluding in the town that kicked off our entire adventures and where Rocky became a traveller: Bournemouth. We enjoyed the rest of our time here at some cool festivals and markets so all things considered it was a pretty fun adventure in Bournemouth.

Oh yea, and it felt really great to give back! We will be doing more of it!

If you made it this far, then thank you and high-paw to you! Check out our full donation journey below on Youtube and consider subscribing to our channel for more awesome adventures and dog-friendly travel content!

After Bournemouth and the UK, we head back home to Florida..so stick around!