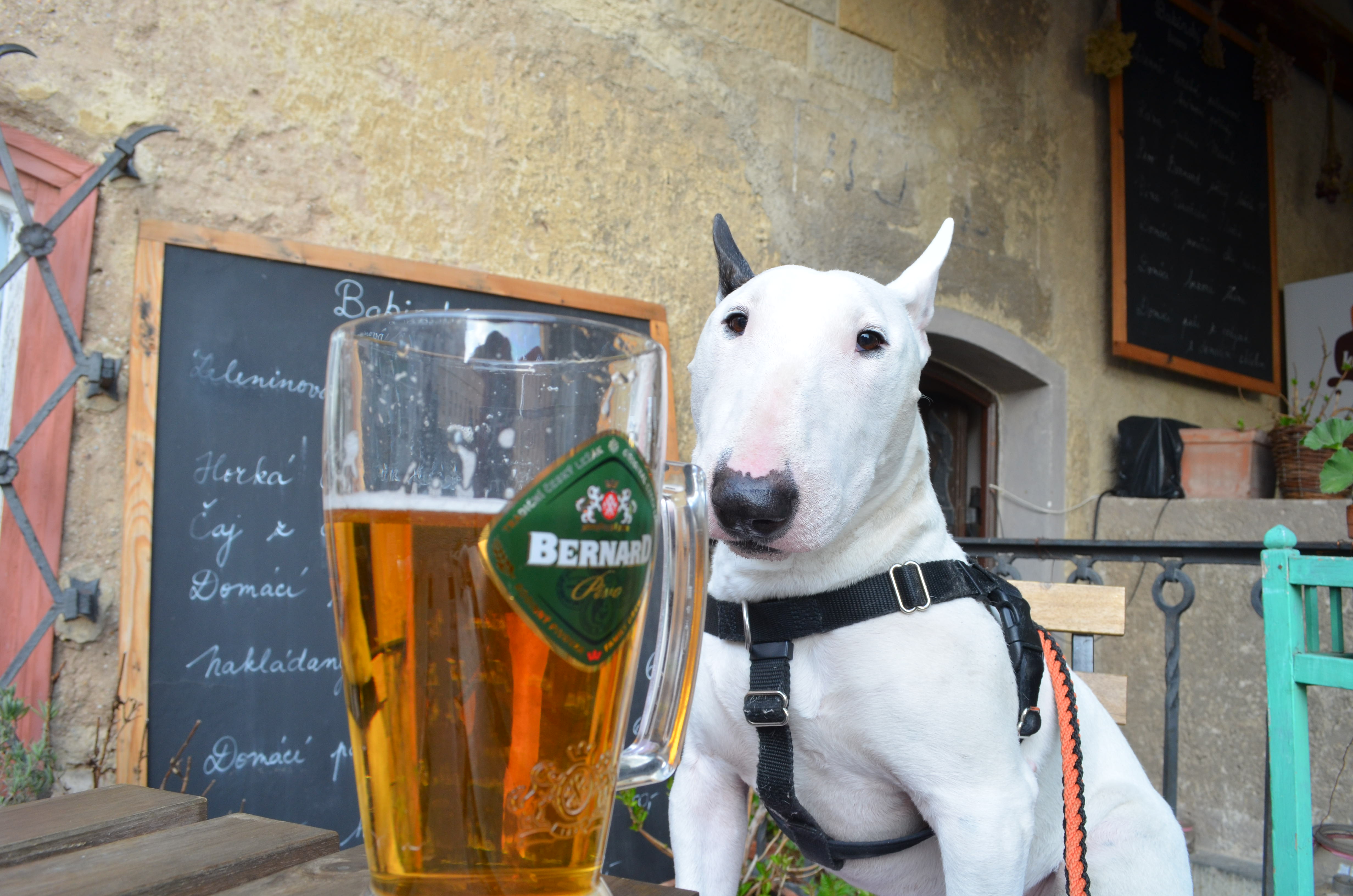 We had such a stellar visit to Prague that we had to spend more time in Czech Republic. So we chose the second biggest city in the country: Brno. We also paid a small visit to Kutná Hora to see the spooky Church of Bones. I didn’t chew on any bones from there, don’t worry.

As I said before, Prague is so elegant and charming, but she’s also a vast city and one which my paws need a lot of time to properly explore. I found great pleasure in the fact that Prague is very dog-friendly and I was allowed to eat in some of the nicest restaurants you can imagine. After some refueling with Czech food, we set off on seeing more of Prague.

Our friend Veronica told us we must not miss the Dancing Building in Prague, so she led us to see this piece of wondrous and wacky architecture. The building is also nicknamed Fred and Ginger (Fred Astaire and Ginger Rogers) as it resembles two dancers.

Before I touch on Brno, I just want to share some extraordinary architecture in Prague. I found it to be so beautiful that I dared not mark my territory on there. Although I must say that I celebrated when I first poo’ed in Prague, it was a bit of history in the making for me. We cleaned it up of course.

The journey south from Prague to Brno took about two hours. I was excited to see so much of the Czech countryside and stuck my head out the window to breathe in the crisp, natural air. At least until a bug flew into my face.

We set the car down and strolled through the city, taking in the sights, sounds and smells.  She was livelier than I had imagined and very welcoming. The city was filled with gorgeous old-style architecture and massive buildings, and it all pointed to the biggest attraction: The Cathedral of Saints Peter and Paul.

After a visit into the town center we climbed up toward the hilltop castle known as Spilberk Castle. It was a long and arduous walk and we crossed some massive parks and gardens along the way and had a bit of fun.

We did finally make it to the castle. It’s quite a journey and there’s tons of tourists around as well as a few little bars nearby if you want tea or beer.

After our day in Brno we returned to Prague and visited some of the surrounding towns and cities.

Our trip to Czech Republic would not be complete without a visit to the Sedlec Ossuary. We were told this was a special place to visit and that there isn’t quite anything like it. The nickname used for the Ossuary is the bone church, yet it’s actually a small chapel and not as big as a cathedral. It contains thousands of real skeletons from real people, including skulls, which were used intricately used to form impressive chandeliers, decorations and more. I respected that the humans made such an interesting and artistic choice with the bones rather than you know, eat them, like most dogs would.

It was a brilliant adventure in Czech Republic and we spent more than a week here but it felt like it wasn’t nearly enough and I would love to go back and visit. But the next adventure calling us was the city of Vienna in Austria and I was quite looking forward to their food.

Before I go, I shall leave you with some more of Czech Republic and hope that you would one day visit this magnificent city.