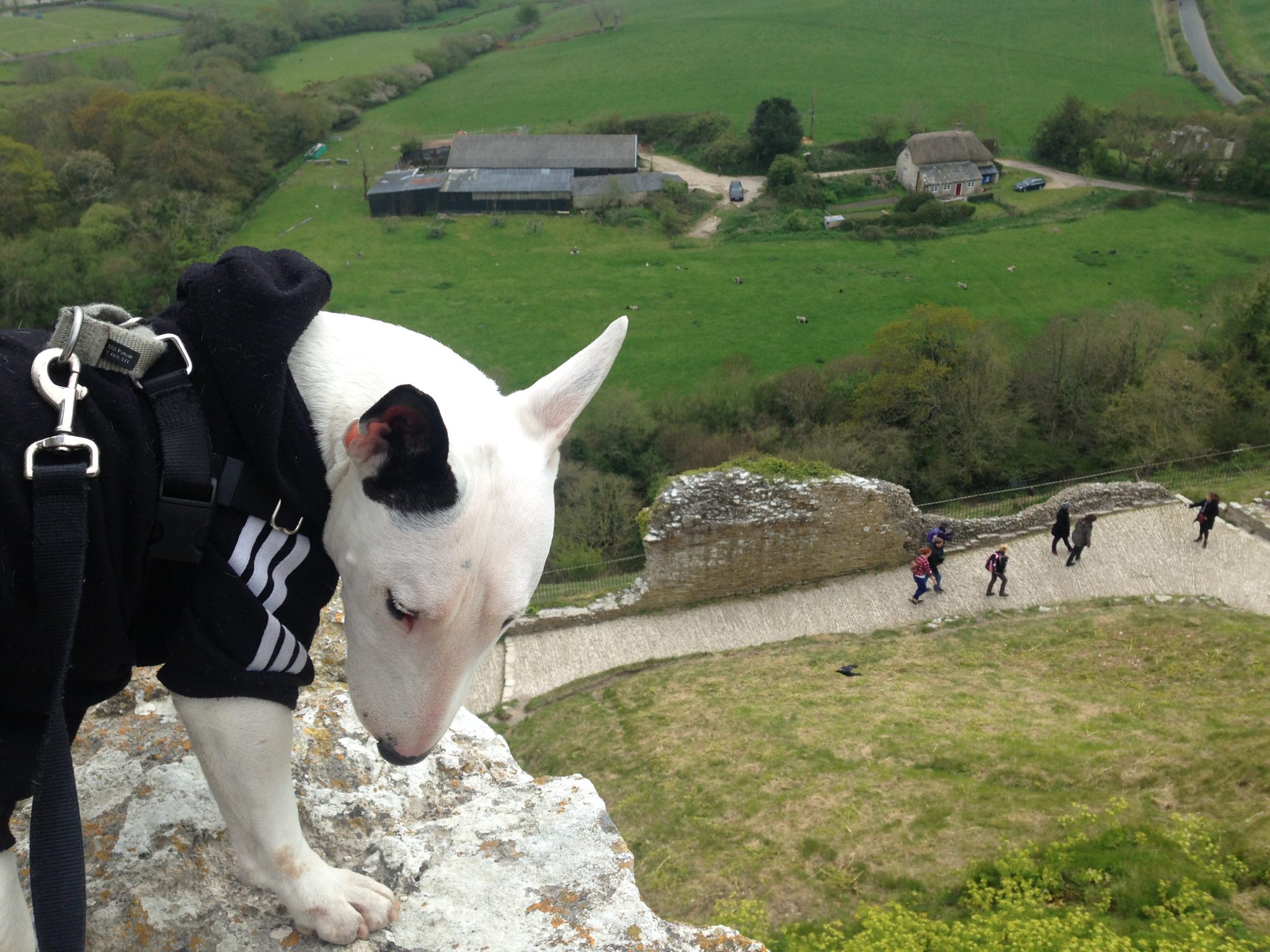 If there’s one thing you should know about me is that I love castles! I’ve been to castles in Wales, Scotland, England, France, Spain and even America!

But the first castle I ever saw still holds a special place in my mighty bull terrier heart! Corfe Castle in Dorset, England.

It was back in 2015 when I first saw this ruined behemoth as well as its namesake village. Me and Danny went off with a friend of ours to explore the castle. At first we weren’t sure what to expect and when I entered I couldn’t believe what I was seeing!

Fallen men in armor with shields and swords. Women and children in tents dressed like peasants and people shouting old english words. There was also what looked like bread on the table near the tents.

I thought perhaps our bus had inadvertently sent us through a wormhole.

It was as if I had been transported back in time! Maybe I was sent back through time!

There were men in medieval armor lined up and preparing for battle. They clashed and yelled at each other and with every strike of the sword, men fell on their backs to the ground, never to rise again. I was so sure I was now sent back to a simpler time. Why? Perhaps it was to show men and women the beautiful gift that awaits them in the future: Me!

A battle in the heart of Corfe Castle! Click play to watch!

As I looked around me, a crowd began to form. At first it looked like only women and children from the medieval days, but soon there were more people like us, modern people in modern clothes! The crowd of modern people watched the battle unfold from the sidelines.

Each hit was so loud and every yell felt like a battle cry or a plea for mercy.

After watching for a while me and Danny and our friend Natalie pressed ahead. We wanted to see the castle but now with this battle, I didn’t know what to expect! Perhaps there could even be a dragon at the top waiting to fight. Let’s check it out!

Once we got passed all the medieval era mayhem we began our hike to the top of the castle! It was no walk in the park. I didn’t know exactly what would be waiting for us at the top.

I was very excited to reach the top so I could see if in fact there was a dragon. I wasn’t so sure. But I had a feeling there would be something special waiting for me at the peak of the castle.

Then finally I reached the very top of Corfe Castle.

We inspected the ruins all around us yet we found no dragon.

Tragic. But perhaps it’s for the best.

Yet, equally we still found something special.

Now that we made it to the top and relished at our success in reaching it, it was time to go back down. 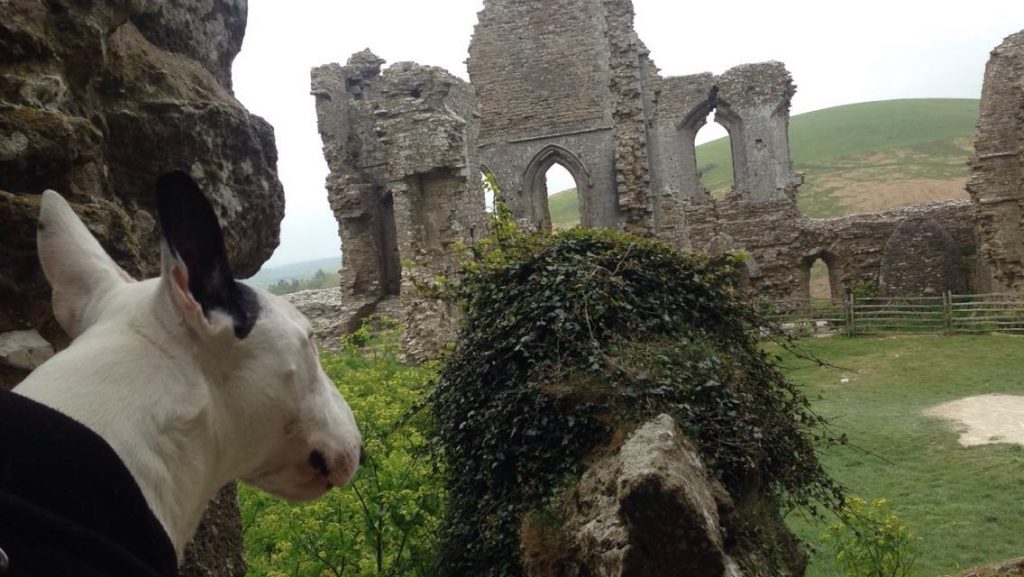 When we returned I had a bit more perspective on the castle grounds.

I came to learn that those medieval warriors were in fact actors, but not for a film. Rather they were what doing what is called a history re-enactment. Though I wasn’t quite sure what battle they were fighting as I’m not too familiar with my old English history despite being an English bull terrier myself.

I wish I had taken part in the battle as I’m sure they could’ve put me in armor and I could’ve been a noble warrior bull terrier.

It was then time to say goodbye and we ventured through to the Corfe Castle Village and went back home. But I still dream of climbing Corfe Castle one more time and seeing if I can discover something new.

Thanks guys! I will see you on the next one!