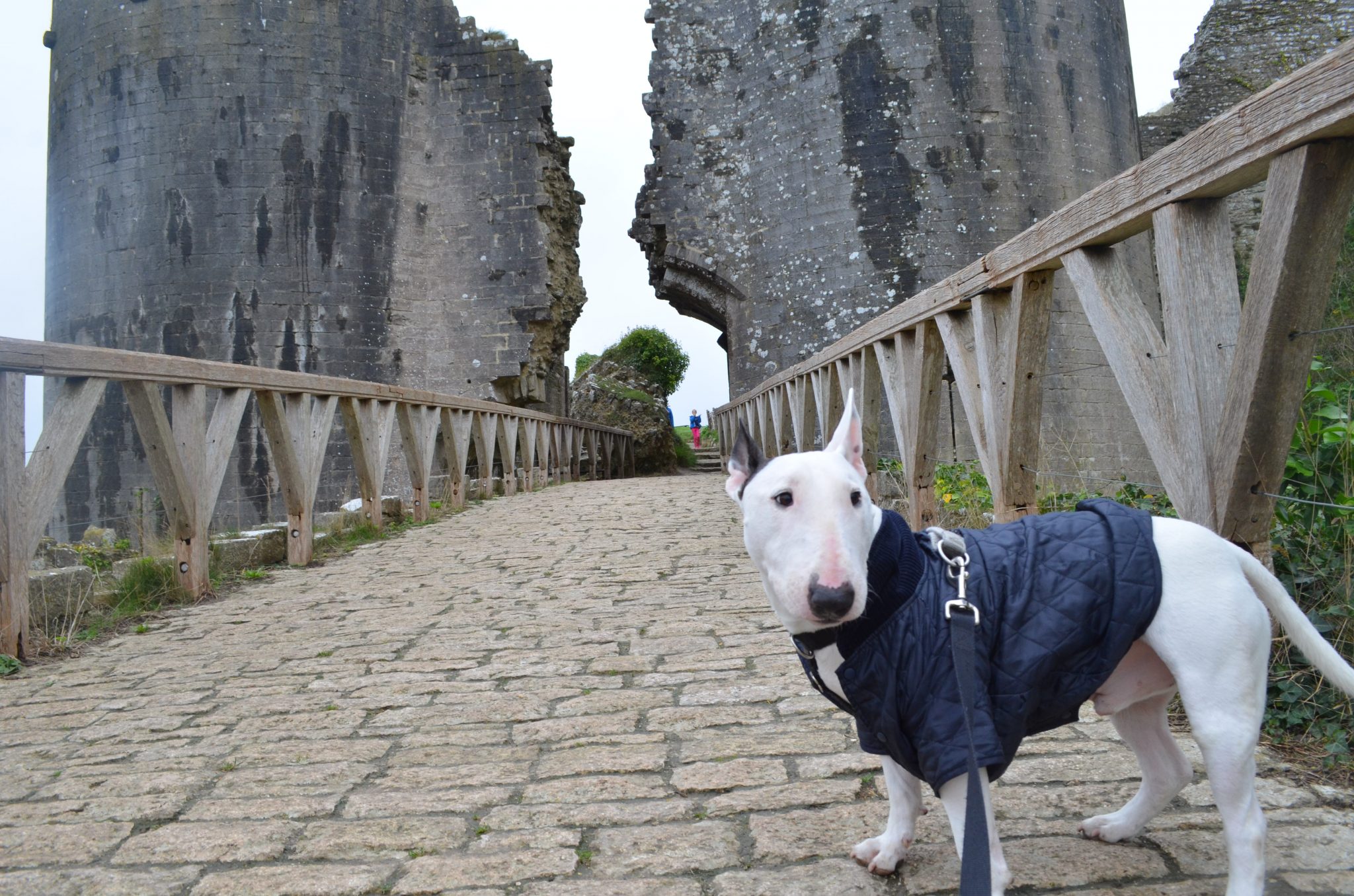 Hey guys! It’s your favorite traveling dog here, Rocky the Traveller! Last time I showed you guys an epic medieval adventure in Corfe Castle! This time I’ll show you what it’s like to see the castle the way a king sees it, from the top and all to himself!

Our trip to Corfe Castle began as many of my trips do in England, via public transport.

We hopped on a bus from Bournemouth which then stopped in the old town of Swanage. At the time I travelled with Danny and Danny’s mom, whom I refer to as our mom.

1. Getting to Corfe Castle is a breeze!

We traveled on a breezy November day which means I put on my best breezy lightweight coat (I’m saying breeze a lot). But mostly it’s a breeze because the bus that took us there is called the Breezer. It’s a big double decker bus painted in blue and green!

If you’re taking public transport then most likely you will hop on to this behemoth. We started in Bournemouth which took about an hour and included a change of bus.

If you’re coming from London then you’ll have to take a train to Wareham then hop on the Breezer.

Going in the breezy month of November also meant less tourists and surprisingly we had the whole bus to ourselves.

Our bus driver stopped in the sleepy little beach town known as Swanage, where he took a 30-minute break to change buses (okay so this time around it wasn’t a breeze to travel like it usually is).

We waited in Swanage until the bus moved onward to Corfe Castle. But the funniest thing happened on the way there…

An hour later we noticed we were still on the bus and Danny noted that he recognized signs heading toward Bournemouth!

That means we went nearly all the way back to Bournemouth where we started. We are so silly!

We contemplated just altogether skipping Corfe Castle that day since we were so close to our home now, but I would not give up and I wanted to see the castle again, so we stayed on until it did its round again and we finally made it to Corfe Castle a couple of hours before closing time! (Okay so it definitely wasn’t a breeze!)

Of course you can always drive or even take a steam train to Corfe Castle (Swanage to Wareham)!

2. You’ll be glad you made a small stop at the wonderful Corfe Castle Village

Yes, the village in which the castle lies in is called Corfe Castle Village! And it is truly wondrous. Buildings from a bygone era.

After our trip through the castle we stopped at a local cafe for a tea and cake.

Just a walk around the town and you might fall in love with many of the houses, especially the ones with thatched roofing! We  found it to be quite charming!

3. Prepare yourself for a lovely little hike to the ruined castle 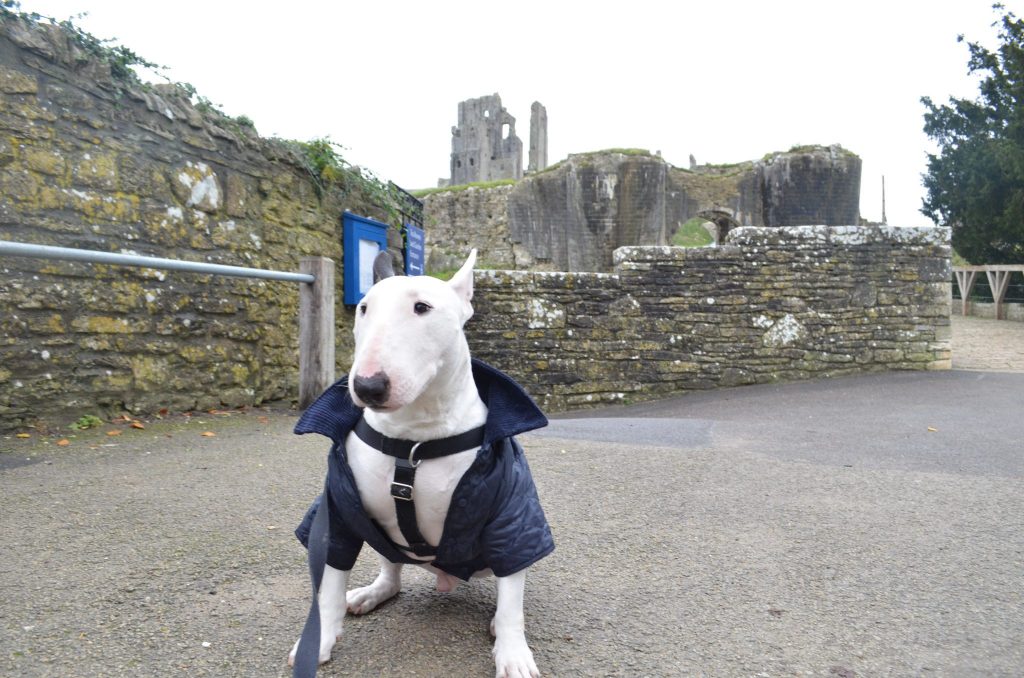 A big reason why many tourists bring their dog here is because it’s a walking tour.

To get from the village and to the castle is a nice little walk on its own. Going through the entrance then the arches and then walking over the drawbridge all the while keeping your eyes glued to the ruined castle that lies before you can be quite exhausting but at the same time exciting!

4. You will have a lot of fun exploring the ruins!

Exploring the ruins can be quite a bit like getting lost in a maze, there’s so many twists and ups and downs and ruins everywhere.

5. The view from the top is worth the price of the castle alone!

Once you get through the maze of the ruins and hike all the way to the top you can enjoy the amazing view of the Corfe Castle Village as well as the all the ruins below and you’ll be king of all you survey. You might even be able to spot your hotel from up there!

Thanks for reading guys! See you soon and stay hungry for travel my friends!