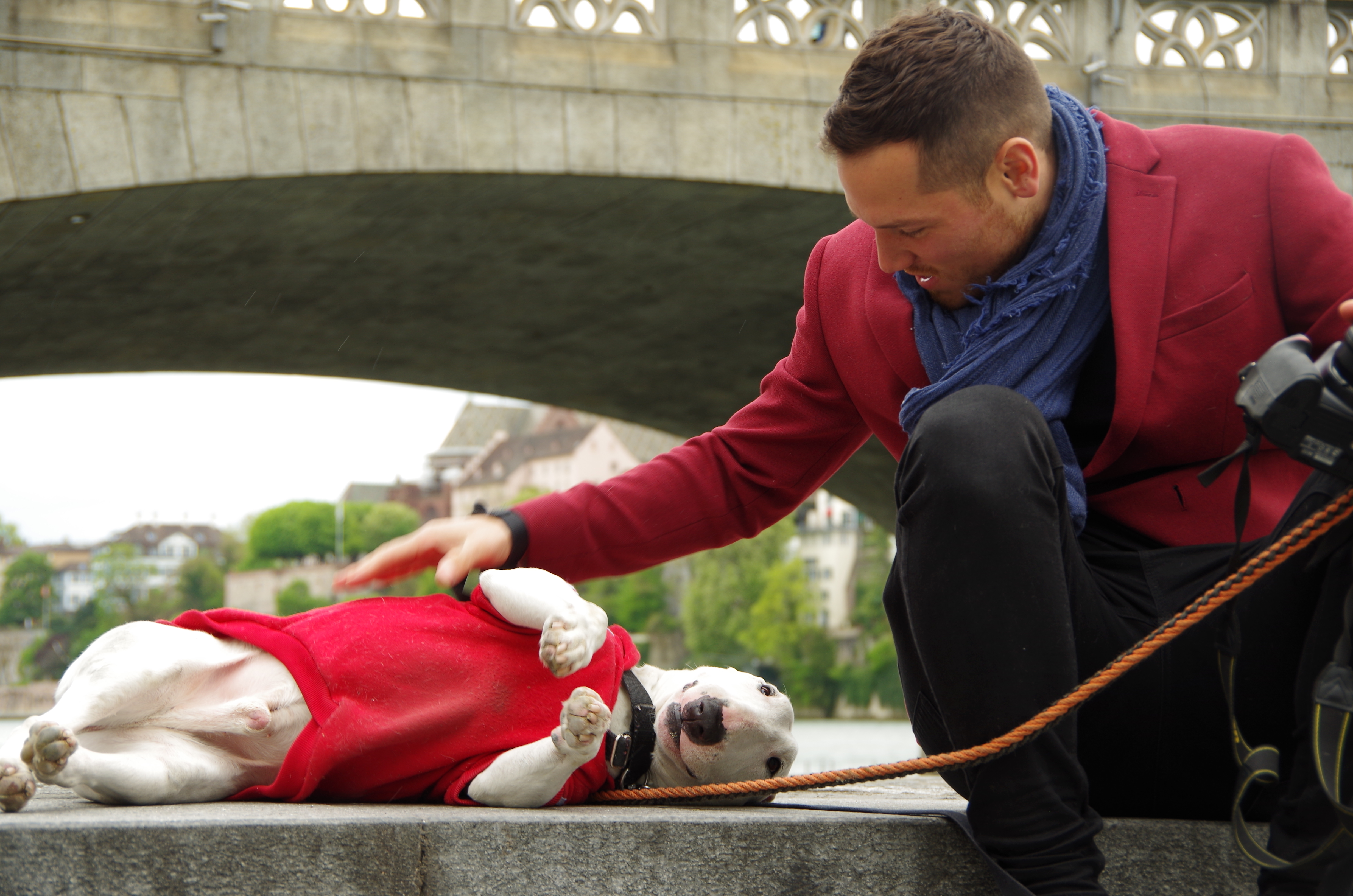 There’s a Bull Terrier in Basel!

I’ve come to show you my adventures in the city of Basel, Switzerland, a beautiful city that borders France and Germany. I’ll be taking you along the Rhine River where we will see many pleasant views! Now grab a seat, kick your feet up and read along with your four-legged pal.

During my road trip across France I had already stopped in Calais and visited the fairytale land of Strasbourg. So we were excited to find that Basel was just a couple of hours from Strasbourg so of course being the most travelled bull terrier meant that we had to pay a visit.

We took the backroads to avoid paying that hefty Swiss highway tax and managed to find some parking right in the center of the city. Not bad, right?

Finding our way around Basel wasn’t too hard as you have the glorious Rhine River flowing across the city. So this would be our first stop to do some sightseeing. We stumbled upon the monument known as the Mittlere Brücke, or Middle Bridge, that stretched over the Rhine River and then we found a good spot where we could view the bridge and the city with comfort and of course – style!

It happened to be pretty quiet on this particular day out as it was in the middle of the week and there were only a few tourists about. This is a tad unfortunate as Danny and I dressed up so well and many people missed out on that.

We strolled along the river, stopping for a cafe along the way at one of Basel’s many pet friendly cafes.

Our walk on the Oberer Rheinweg, or upper Rhine trail, presented us with magnificent views of the amazing towers of Basel as well as its cathedral (more on that in a bit) and many of the city’s jaw-dropping architecture within its older districts.

Another of Basel’s beautiful treasures lies in the colors of its neighborhoods and the abundant number of plants that dress the houses. So many places for me to pee and mark my territory on!

After exploring the many gems of the Upper Rhine trail we moved upward and walked down the Wettsteinbrücke to make it to the other side so we can visit the Cathedral.

Right along the bridge we stopped to briefly visit the Kuntsmuseum although we didn’t go inside as Danny was unsure if I was allowed in and we wanted to visit the Cathedral.

We arrived at the Basel Minster, which is actually no longer a cathedral but a Reformed Protestant church. We spent quite a bit of time just looking about at the piazza. There were a lot of more tourists in this part of the city because it’s one of Basel’s most popular landmarks.

Along the rear of the Basel Minster there’s a courtyard that offers some sublime views of the Rhine River.

After spending an entire day in Basel it was time to hit the road again and head back to the Alsace region where we will see some splendid and charming villages. Au Revoir Basel! It was nice to meet you! 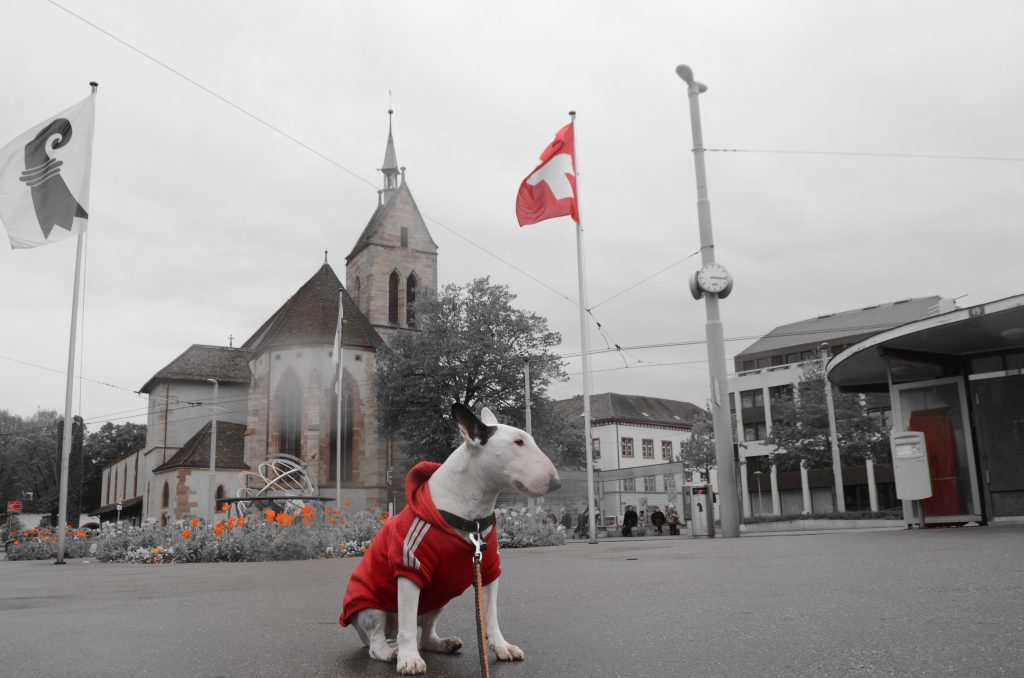