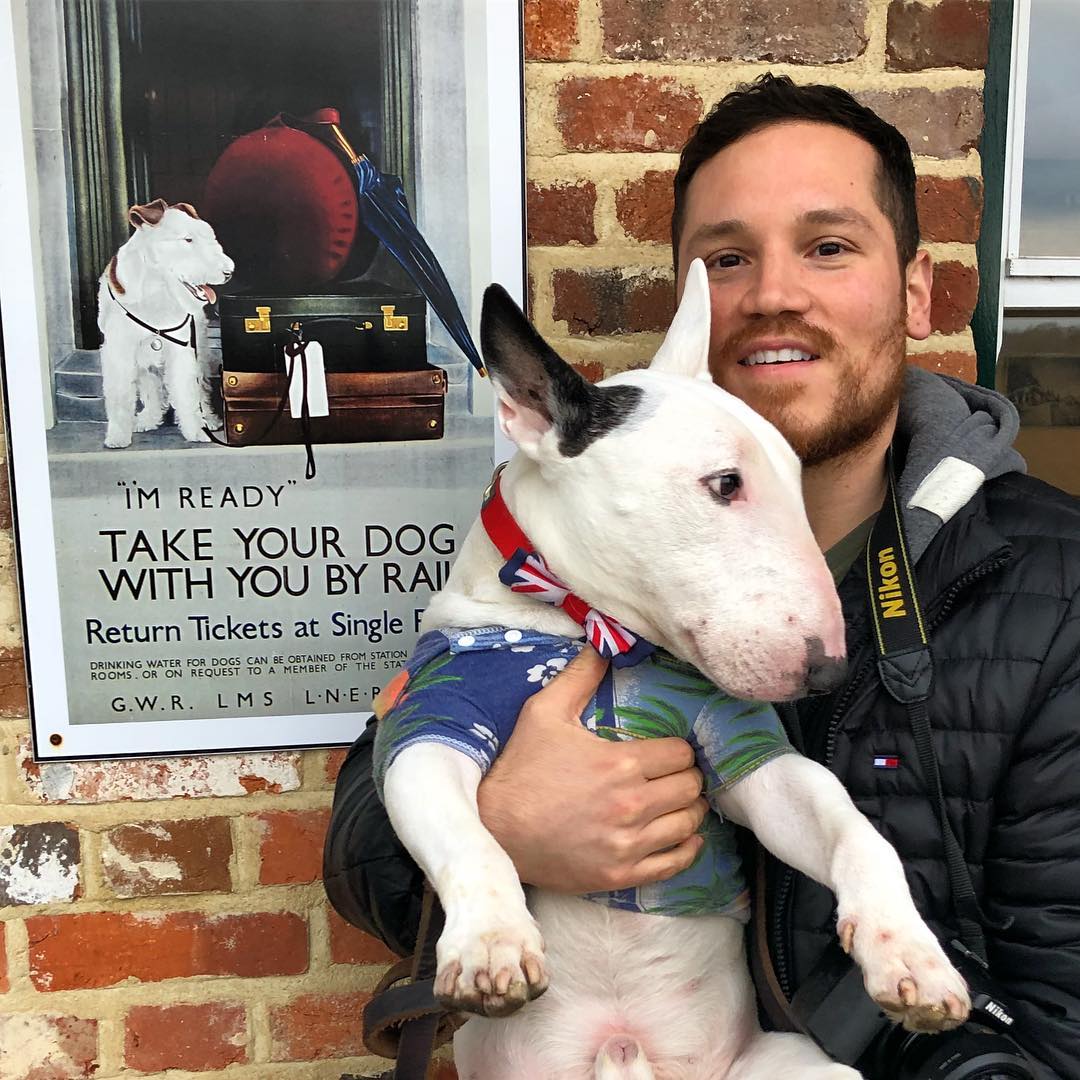 The fun thing about trains is that I can go in them all over England! Most of them are quite nice inside and I’m even allowed up on some of the seats.

In my journey to the dog-friendly Isle of Wight I found out a bit of history when it comes to taking dogs on trains. Turns out dogs have been allowed on these trains for quite a long time, even way before me or my human were born! I had always thought it was a new trend. But I am glad us dogs have had equal train rights for a while! Even if we were only allowed in the third class of steam trains.

Once we entered the Railway, we were greeted by friendly gentlemen and women who were dressed in the old-style train uniforms. The sound of the steam train whistles and the smoke as well as the beautiful trains themselves were quite the spectacle and I truly felt like I was experiencing a blast from the past!

While we waited for the train to arrive, we took a trip through the gift shop and then the museum itself. The museum comprises of everything from old train uniforms and engine parts to the massive locomotives that moved across the platforms.

Outside of the museum we saw older camper vans and I entered into one of them. When I was inside the camper I wasn’t quite sure what century I had landed in. Take a look below!

After our tour of the museum, it was time to board our train. Needless to say I was extremely excited!

The train is arriving! Check it out below!

The train conductors showed us the way to our train and then we opened the vintage doors and entered the third-class cabins which were the only ones that I was allowed into.

The great thing was that we had an entire cabin to ourselves so I was free to stretch out across the seat and place my paws on there.

The train ride was a slow leisurely  train ride than actual commuter train of course, but it still stopped at steam railway different stations in the Isle of Wight. As a bonus there were amazing views of the countryside outside the window.

See below for some views of passing trains and horses.

After our adventure through the Isle of Wight Steam Railway we headed off to one of the most dog-friendly restaurants on the island (there’s tons), Off the Rails where I got try some ice cream made just for dogs!

At the restaurant we saw a few posters and memorabilia that showcased just how dog-friendly the Isle of Wight trains are.

After our Off the Rails adventure it was time to go back to our chalet at the Isle of Wight. We stayed for a few days and ate at more restaurants and walked around the beaches some more!

During the season that we visited we found that most of the beaches were open to dogs but I believe that during the summer, the island designates special areas just for dogs.

What a wonderful place that the Isle of Wight turned out to be! I would love to visit again and I highly recommend it, especially if you love taking your dog everywhere.

After our Isle of Wight visit, it was time to go back home. Unfortunately we couldn’t take any of those old trains back to the mainland so we instead settled for a ferry back.

Thanks for reading and see you next time in Brighton!