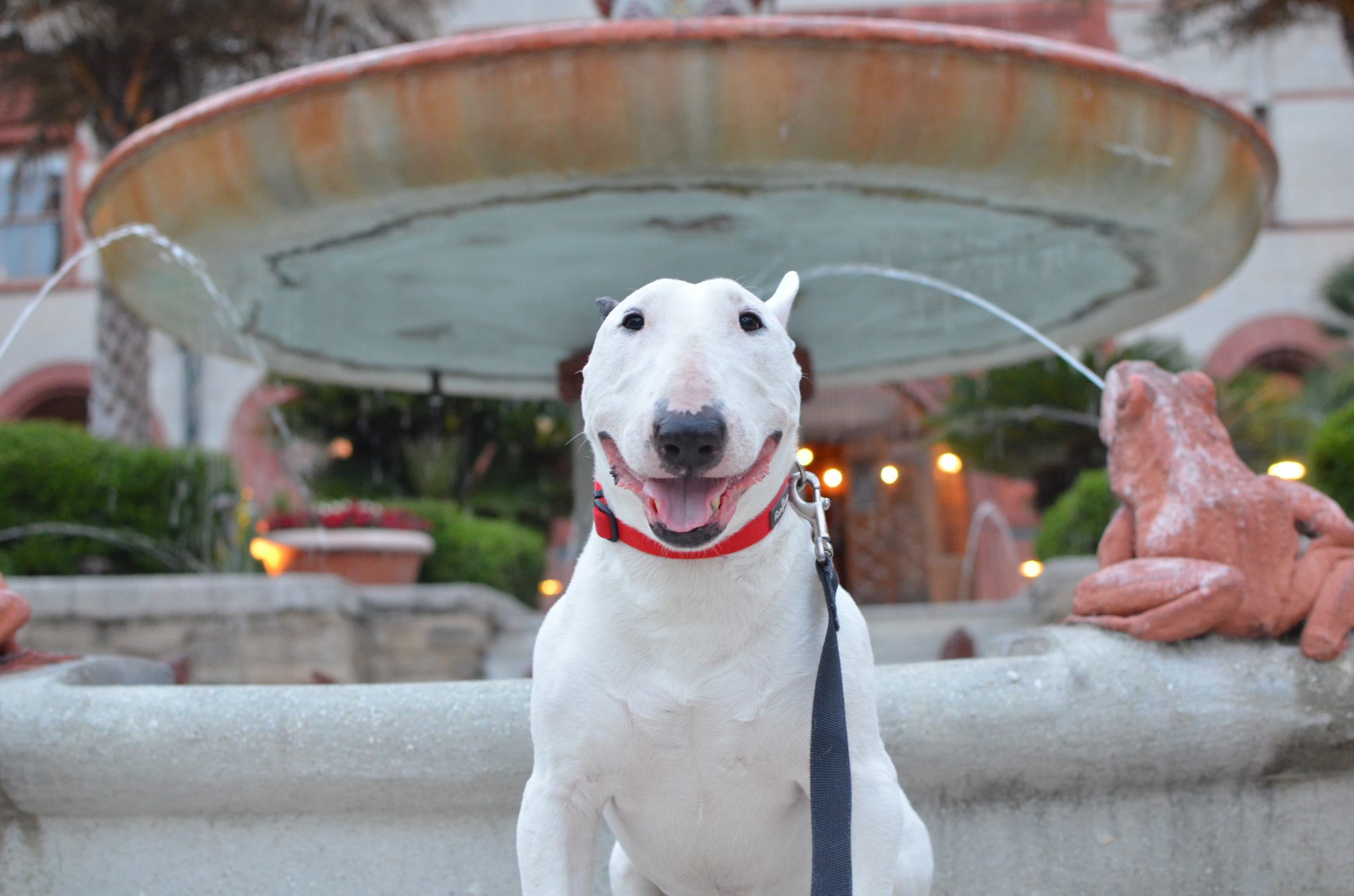 The Oldest City in America! 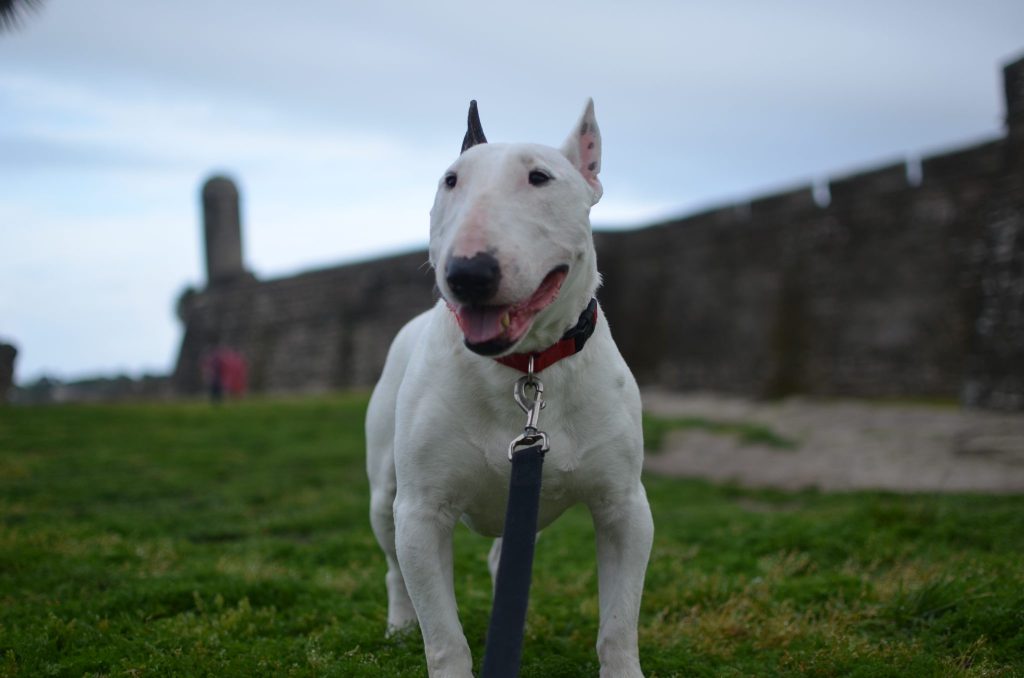 Which one is that you ask? Well it is none other than St. Augustine in Florida, just as it says in the title. I had the pleasure of taking my four paws throughout this beautiful gem of a city.

But, I must say that I also brought the English weather with me.

On the way to St. Augustine lies a tourist attraction that caught our eye: Florida Citrus Center and Souvenir World. There’s tons of oranges here, free orange juice and I was even let inside where there were baby alligators in tanks as well as a ton of other souvenirs. I didn’t get too close because my human thought I would eat the gators.

Me and my human and our family kicked off our adventures at the coastal castle known as Castillo de San Marcos. 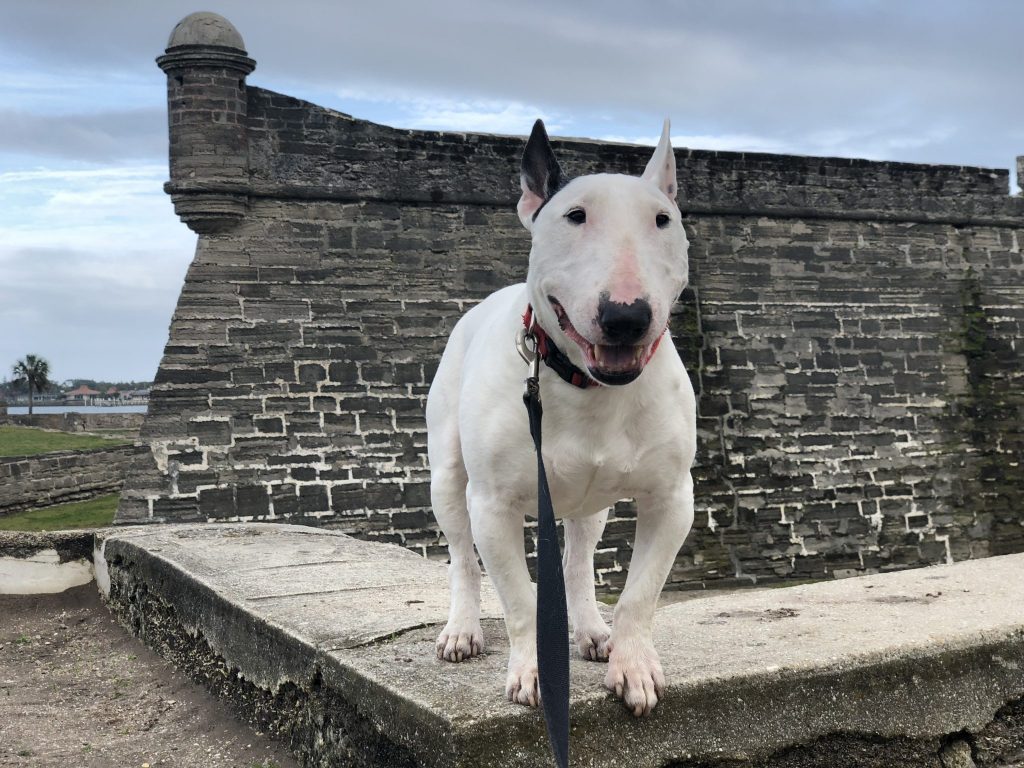 The castle is a national monument in the US and is the focal point of historic St Augustine.

Though me and my human have visited various castle in Europe, this is the first one in America that we’ve been to and it’s one of the youngest castles we’ve been to at just over 315 years old. Located on the Atlantic coast, the castle is a large Spanish stone fortress that was built to protect and defend Spain’s claims in the New World. That’s pretty cool!

On the outside of the castle you can check out of the furnaces that were used to heat the cannonballs which would then fire at enemy ships. Now this castle has quite a bit of history and has been involved in the Seminole Wars during the mid 1800s and the American Civil War. 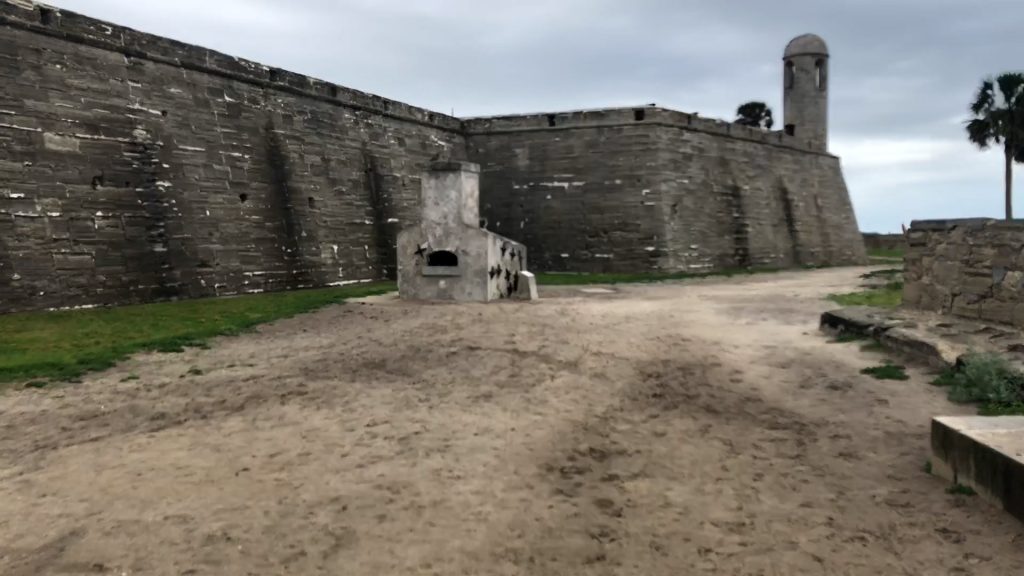 I clearly loved walking around in the Florida sand and taking in the sights from the castle which has some of the coolest views of the Atlantic Coast. 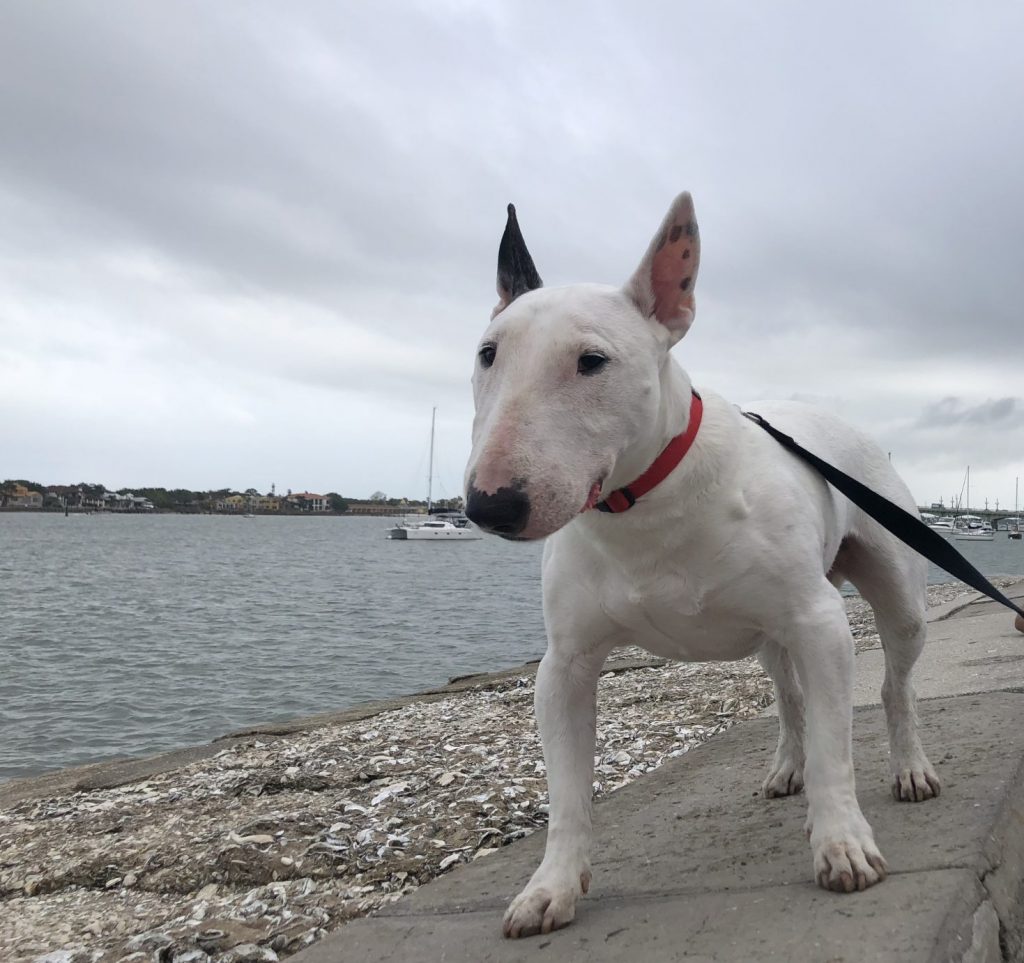 The entire park has an area of over 20 acres to walk around in. So needless to say it was pretty good exercise for me and my humans and would definitely make for a good walk for your dog.

The castle was a great little tour but now it’s time to take a walk with me through the streets of Colonial Florida.

A Tour of Colonial Florida!

Our journey here was like taking a trip back in time and experiencing a few centuries of historic Florida.

The colonial quarter was pretty pet friendly too as we stopped by a couple of shops including of course, a pet shop!

We stopped for a beer and some food and we’re allowed to sit on the outside benches of a pretty cool restaurant!

Overall I was pretty blown away by the architecture and for me it was a bit like going back to Europe as we saw all these shops residing inside of these historic buildings. And just like Europe, we found out that historic St. Augustine is quite dog friendly too!

After that we ended up stopping inside of an ice cream shop. Danny got Rocky Road ice cream, no pun intended, but of course he couldn’t share with me because of the chocolate.

We trekked on to see some more of the historic city and the Spanish influence over the buildings. I felt so removed from modern Florida visiting here and part of me wishes I had more time to see everything.

Afterward, we took an unplanned tour inside of Flagler College. The college was founded in 1968, but before it was a college, it was known as Hotel Ponce De Leon and it’s easy to still see the Spanish renaissance architecture present throughout the college.

After that, the frogs on the fountain told us it was time to hit the road for our next adventure!

Why not check out the full adventure in St. Augustine below on our very own Youtube show: The Rocky Road Show!