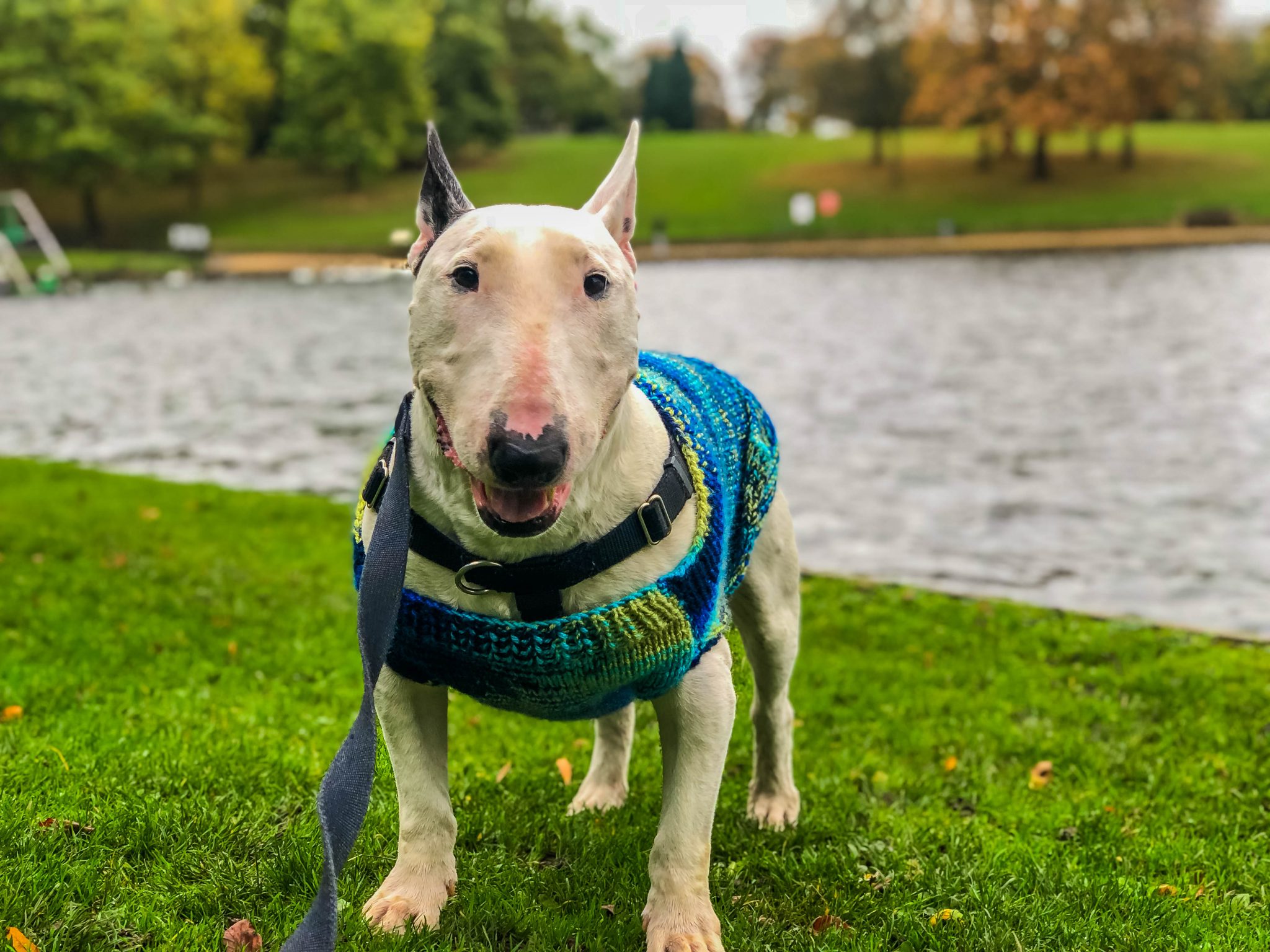 My human Danny has been wanting to visit this Northern English city for a long time and when we found out that it was on the way to Glasgow he was thrilled and so was I!

We had left Yarmouth in the early afternoon after one last quick walk where I met another bull terrier there! It was almost like a warm-up to my massive bull terrier walk coming up in Glasgow!

Our journey to Leeds from Yarmouth took us about 3 hours of total driving not including the stops along the way.  We were only going to be visiting Leeds for a day as we had to hit the road the next day for the long 3.5 hour journey to Glasgow.

We arrived in Leeds at dusk and I went for a walk then took a nap in my bed and breakfast room while Danny went to go meet up with his friend in the evening. I wasn’t invited because he said they were going for a night on the town. I tried to tell him that the evening would be more fun with me joining them but he said I wouldn’t be allowed in the bars there!

Danny said we had all morning and early afternoon to see some of Leeds so we picked one of the places where we knew that I could enjoy too and that’s the natural park known as Roundhay Park in  Leeds which also happens to be one of the biggest parks in all of Europe with more than 700 acres of rolling parkland, lakes, woodlands, formal gardens.

My tail wagged at the thought of exploring all that natural beauty!

We started at the car park near the Waterloo Lake and climbed up a small hill to the park and wouldn’t you know it we were immediately met with gorgeous scenery and a group of kayakers. 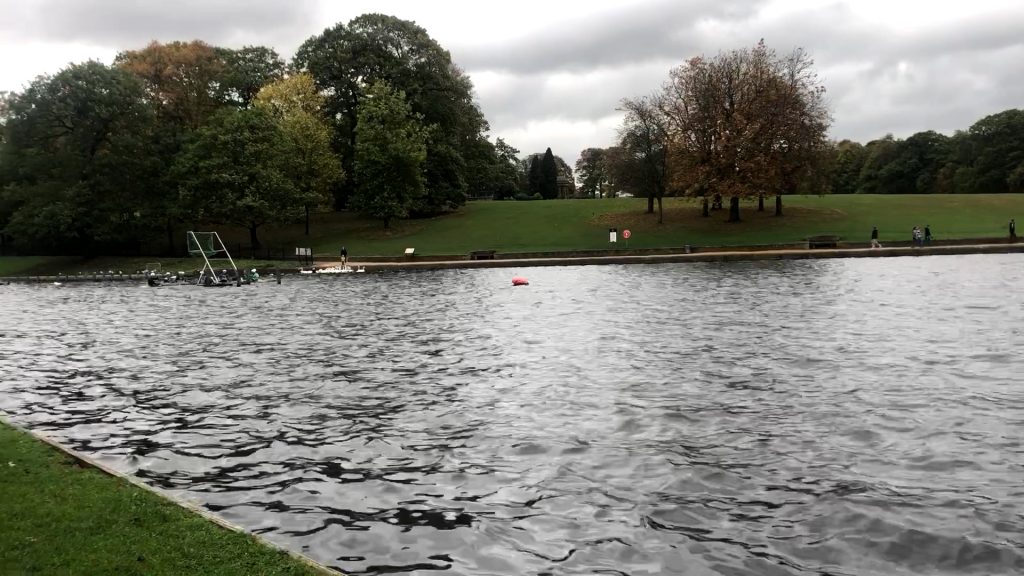 At the start of our adventures here at Roundhay Park we found the lake, called Waterloo Lake, to be as peaceful as I am after a big meal but stick around and you’ll see how quickly things change.

We circled around the lake, and toward one end of it we found another group of kayakers playing netball! That sounds like fun! Maybe next time I’ll go when it’s not too cold!

As we pressed on we saw that there was so much going on the park:

imagined there’s tons to do here all year round in this park and it was filled with all sorts of fun active people from kayakers, to fishermen, dog walkers and joggers.

The kayakers weren’t the only ones on the lake having fun! I really hope those people were feeding the swans and ducks bird food.

As the day went on we kept on hiking, the true natural beauty of RoundHay park came to clear to us. It surrounded us, the trees, the lake, the autumn season, of course the scenery, it all combined for one incredible experience.

This beauty surrounding me hit me with a surge of energy and I wanted to run around! Unfortunately Danny would only let me off the leash in a few places and this park was so big that he didn’t want to let me loose in case I ran away and pretended to be deaf when he would call me (which I do sometimes).

But we still got some exercise!

We spent nearly two hours just exploring the park and we stopped so many times just to appreciate its beauty, which seemed more astonishing in the autumn.

Remember that calm lake in the beginning, well the wind seemed to have given it some new life!

The wind making the trees dance was quite a sight, especially with the beautiful autumn colors!

We made our way back and circled around Waterloo Lake and wouldn’t you know it, those kayakers were still there playing netball. Maybe we’ll play next time Rocky.

We got explore Roundhay park in Leeds for total nearly 3 hours, not bad for a little morning walk right?

But was now time to hit the road to Glasgow for the event of a lifetime!

The whole journey from Leeds to Glasgow was only supposed to take 3 and a half hours but we hit some bad weather and flooded roads, so it took us a bit longer than that.

But we did finally make it! Thanks for reading and see you soon in Glasgow for Bull Terrier Mania! I’m very excited!