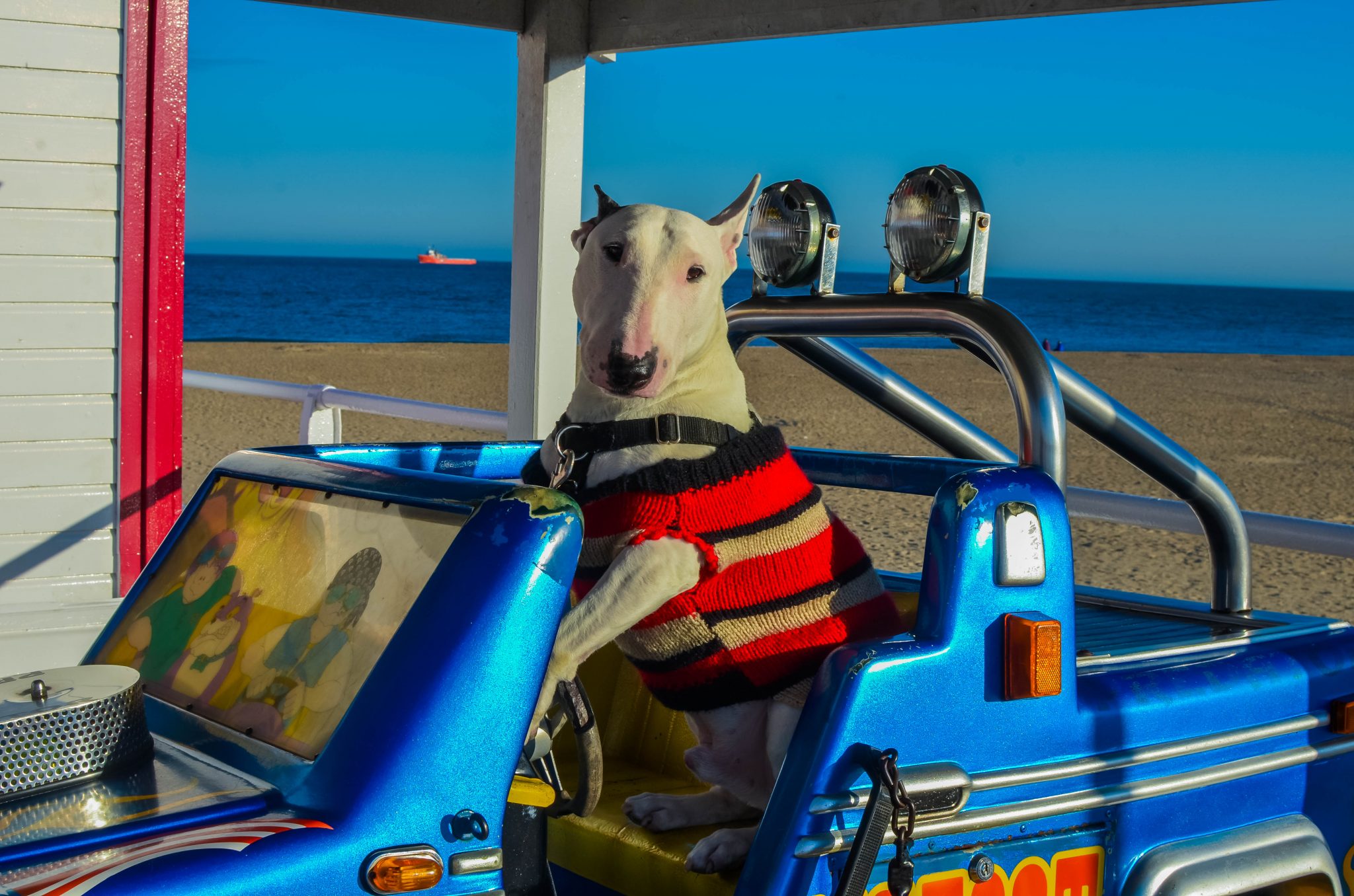 My friends I’m on a big road trip across the UK! After spending the summer in Spain I am now in England with the destination being Glasgow, Scotland for a big bull terrier bash! I’ve never been to one of those before!

My first stop on the trip is in Great Yarmouth. We picked it because we wanted to be beside the seaside and Danny found a cheap bed and breakfast there for ten days!

Our first day was a surprise as we discovered there was no one here! Of course, being that it’s October and it’s a tourist town then that should be expected but there was almost no one here! It was a bit eerie! 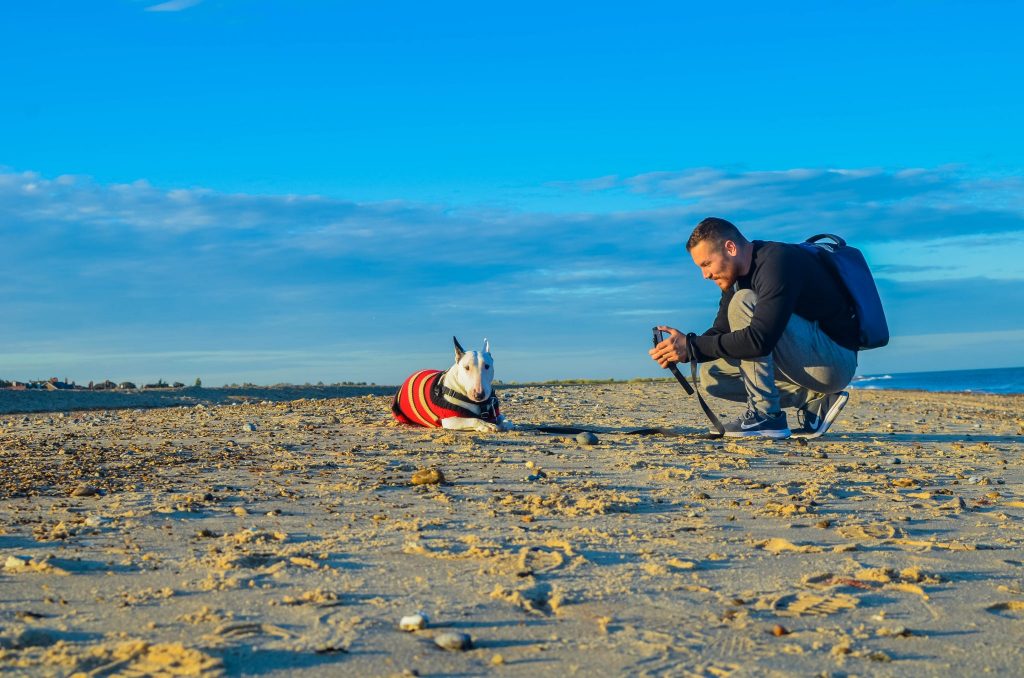 But of course that just meant more space for us to run around on the beach! It was a bit windy but in the mornings it was perfect because the sun was out and it shone its beautiful warm light on us!

The pier at Yarmouth was one of the coolest we’d ever seen. There’s so much to do, but hardly anyone to do them! There’s games, games and games! The pier is stock full of amusement park games and it also has a restaurant and a theatre for live shows!

The seafront is more of the same, just arcades and mini-golf courses, bars, restaurants, and casinos but hardly anyone to do it.

Our whole first few days here seemed like we were in that I am Legend film and it sometimes felt as if we were the only ones here! Though I will definitely not play the part of the German Shephard in that film!

We walked around town and explored a lot of the seafront as our bed and breakfast was just minutes from the beach!

We discovered that there was yet another pier, called Wellington Pier and it had a big bowling center and a few other attractions. Again there was no one here!

Our explorations around the seafront did find us some cool things! We did finally see some signs of life when we found a couple of horse-drawn carriages and their humans. I wanted to go on one but Danny said maybe another day, when he could be sure that they were not zombie horses!

The further on we walked to the beachfront the more people we saw! I even met Captain America! He was in front of a pet-friendly pub on the beachfront.

We also saw some more massive attractions like Pleasure Beach, a huge amusement park with rides, mini-golf and games, but even that was closed and looked abandoned. 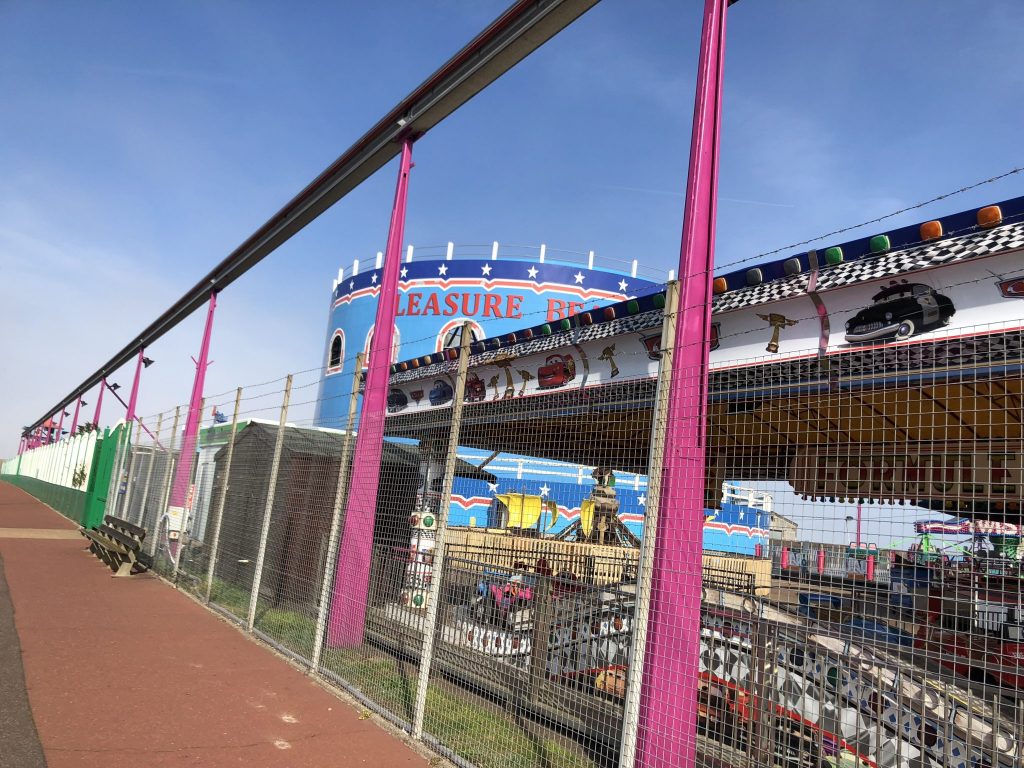 Later that night we ventured back into the beach to see if it had any more visitors. But it was still empty. We were later told by our B and B manager that this was because it was low season. The season in Yarmouth typically runs from April to September. 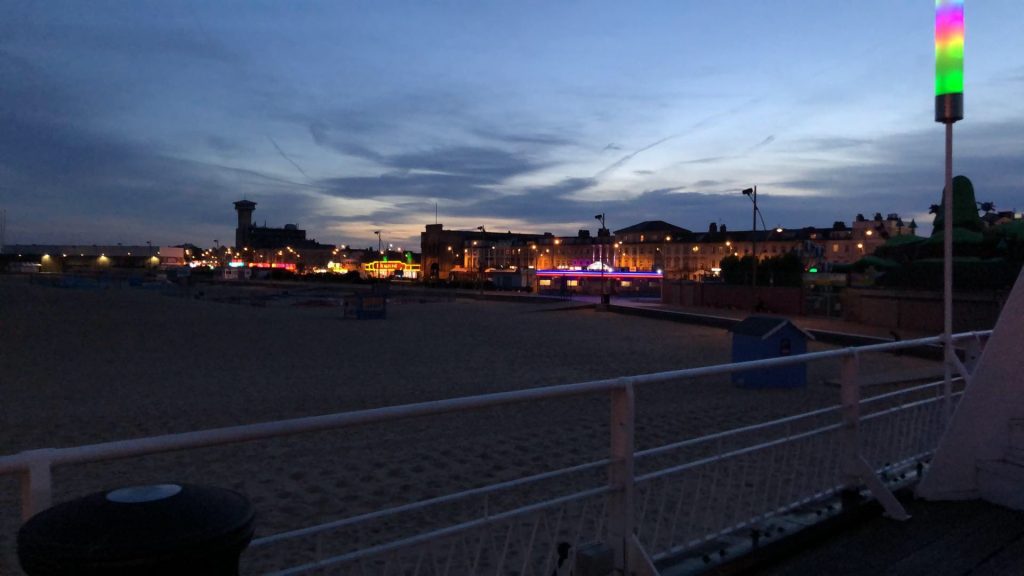 Our next day was met with grey skies and a bit of rain! But we still had many more days to explore the town.

Our Youtube travel video blog shows a cool and detailed documentary of our journey in Yarmouth during our first few days! We will be posting and documenting our journey across the UK! Check it out below!