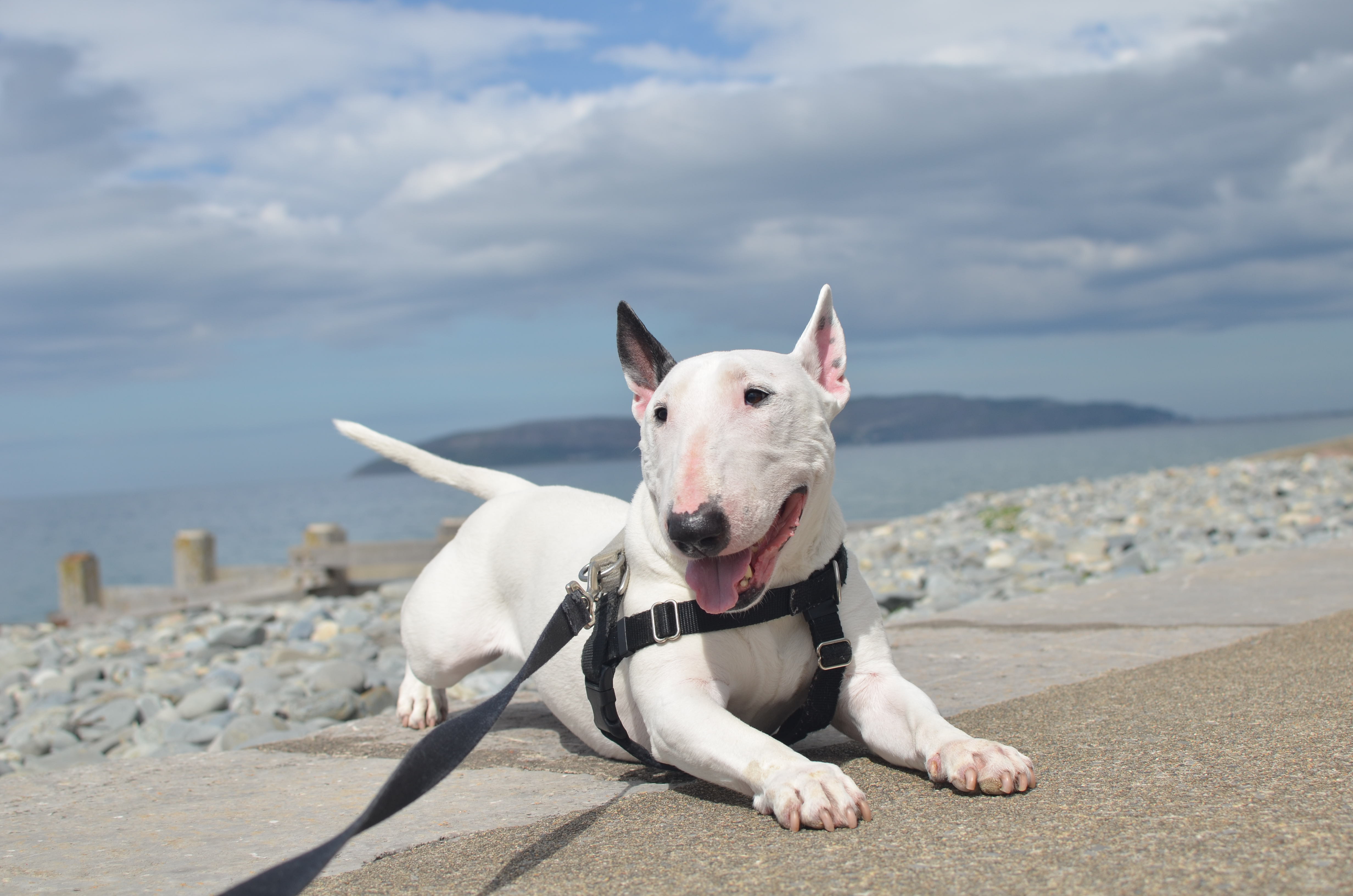 On our way back down from the Powys we stopped by for a late afternoon stroll and dinner at Newport, Wales. We picked this town because we had heard a lot about it and frankly because it was on our way back to England. Nevertheless we discovered that it was a gorgeous town, despite our visit landing on a gloomy and rainy afternoon. 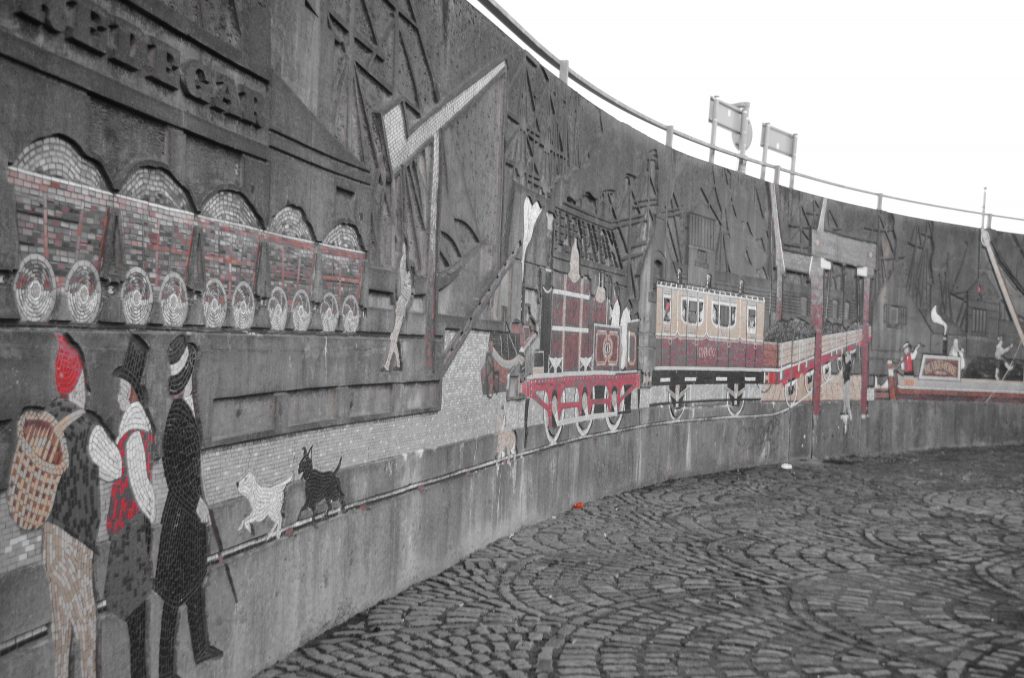 Of course since it was a port city, we drove by the docks and glanced at the massive boats as they stood parked and waiting to take off on their next shipment.

I wanted to see yet another castle and so we drove into the city center and parked nearby the Newport Castle, another ruined castle, which still looked proud despite it being nestled below the highways and tucked under bridges. It’s grand structure overlooked the River Usk and made me feel like a king once I stood upon the ruins.

We ventured below, taking a few steps down to see the castle in all its ruined glory. I wagged my tail at the prospect of running around the ruined castle. We circled around the ruins and I marked my territory there as a sign of respect. We read a bit about the castle and I found it was a World Heritage site. I wonder how many of those I have now visited.

Our visit in Newport was short and sweet and I explored the ruined castle with Danny and saw some marvelous street art. We departed Newport but not before having some delicious Jamaican food at a hole in the wall restaurant. It was a true and unexpected delight indeed!

It would be a while before I visited Wales again and when I did, I stumbled upon a gorgeous coastal town called Penmaenmawr. We came upon it during our Irish road trip. It was during the dawn of the “summer” in the UK and so we felt the rays of the sun hit us while we explored this small beach town. For a while, it felt like we were in a tiny Mediterranean beach village. We ate British food with the views of the Penmaenmawr Mountain and soaked the rays of the early summer sun.

And just like Newport, Penmaenmawr also had its fair share of street art but this time in comic book style. Danny loves his comic books and so he was as excited as I am whenever I smell food. The comic book characters were displayed in a cool foot tunnel near the train station that leads you directly to the beach.

Though the day started out sunny, clouds soon came to visit and spoil the beach day, nevertheless we enjoyed the views of the vast mountains. For a cool half an hour, we felt like we were eating lunch in Spain, but then the clouds came to remind us that we were in fact still in the UK.

We went for a long stroll along the promenade and stood in awe of the towering behemoths that surrounded the beach. The pebbled beach itself was still filled with lots of people and some dogs, but parts of the beach were off limits to us four-legged beings.

I hope to return to Wales and visit more of Brecon Beacons and Snowdonia. Oh yes and Cardiff! So much to see!

Next up is our Irish adventure which took us to many cities and towns along the beautiful Island including Dublin, Galway, the Cliffs of Moher and more!

See you on the next one my friends!