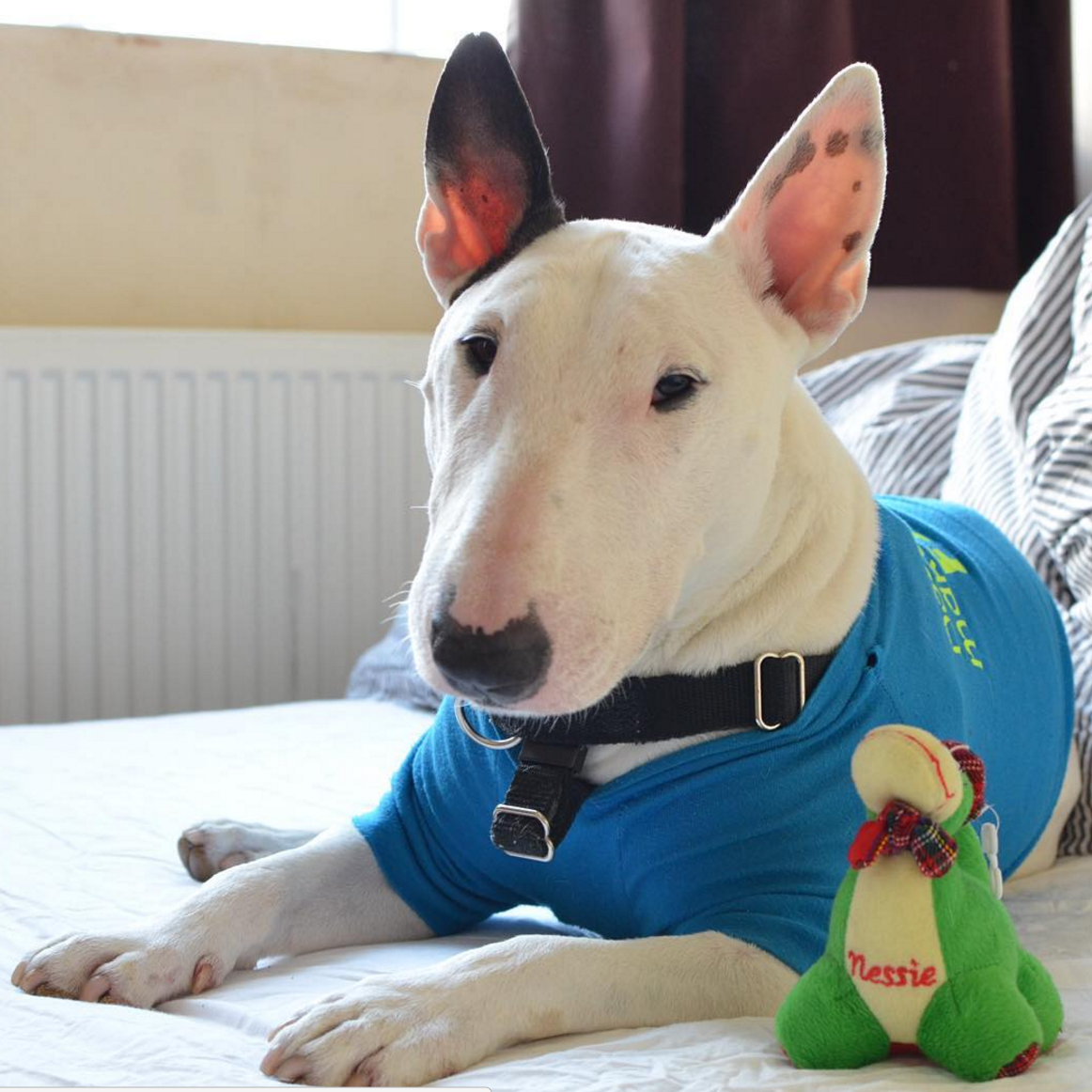 It would be a heck of an understatement to say that I was thrilled to have arrived in Loch Ness. It took a bit to get here. The roads are windy and my trusted chauffeur, unfamiliar with the Highland roads, drove like a great-grandmother.

We stayed at a Loch Ness themed Bed and Breakfast with a bar filled with newspaper clippings of Nessie sightings, Nessie-themed beer,  memorabilia and of course – souvenirs.

Naturally, we had to have a taste of the Nessie beer. The bartender, an older man with white hair and glasses, who also lives at the Bed and Breakfast, walked up to our group and told us all tall tales of Loch Ness and about his childhood in England and why he came to the Scotland.

After a few beers, I cleared my throat and made a speech to rally the troops.

Rocky: “Men and women and fellow dog, today we are hunters, we are hunting the biggest game in the history of cryptozoology and we could very well be on the verge of making the grandest discovery in the history of earth. Therefore, I propose a toast to capturing Nessie and making ourselves legends!”

I raise my beer bottle with my paw.

Bartender: “Aww look at this little dog with a beer, very cool. Can I say hello, is he friendly?”

The bartender proceeds to pat my back and I contemplate charging him in Scottish pounds.

Danny: “What a stirring speech my friend, let’s go get that monster tomorrow and everyone, let’s drink up and fuel up for our walk to the Loch and the hunt. We shall wake up at 6 am and find us a dinosaur.”

The next morning we all got up around noon.

But wouldn’t you know it, we walked to the Loch and it was glorious. The atmosphere around the lake was surreal, the body of water looked refreshing and cool and we stepped in closer just to get a feel of it, to immerse ourselves in this great natural wonder. 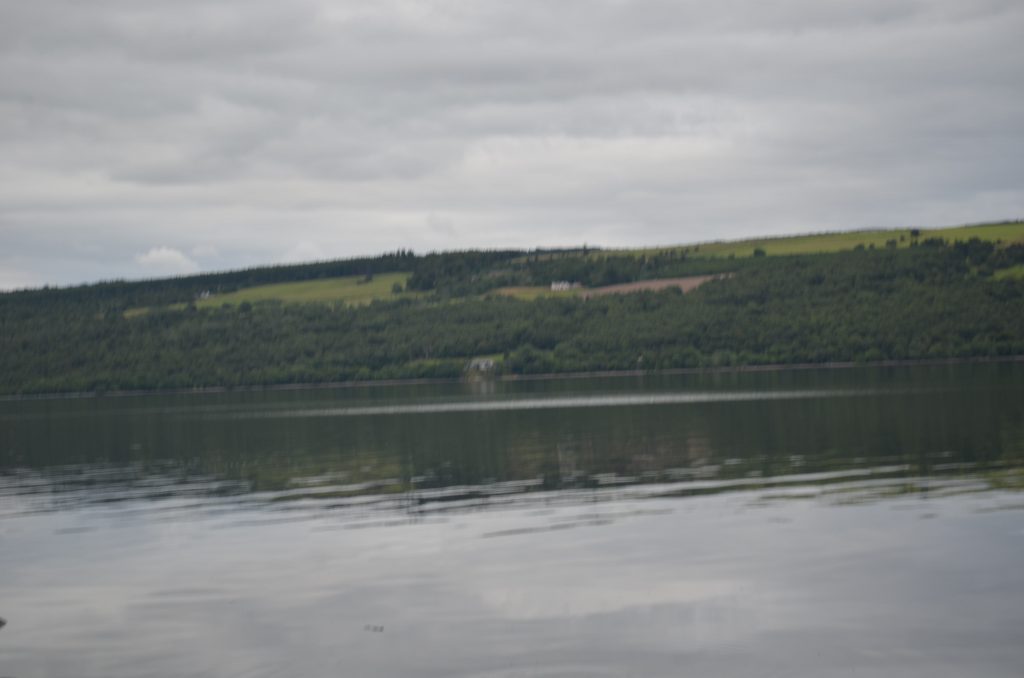 I took a deep breath in and just lived in the moment.

Danny: “This water, I’m going to try some, perhaps I will live forever if I drink it. You drink it, too. We can both live forever. Man and best friend travelling the world and eating cultural food from here to eternity.”

Rocky: “Sounds like a good idea, but I might need a break from time to time, maybe do my own thing.”

Now, once we appreciated the majestic lake, it was time to do what we came here for. I sniffed around the edges of the lake for any trace of reptile. I stumbled upon a bunch of bugs and went with better judgement to not eat them.

The others went exploring the Loch on their own with Lancelot as their guide. The plan was to meet up at a bar afterward for some Haggis.

After hours of exploring and sniffing around, there was nothing, we deemed the water far too cold to go inside and thought it better not to find the monster via snorkeling.

Rocky: “Wait, I think I see something. It looks like the creature’s neck, is that it?”

We walked around the vast swath of land surrounding the area.

And then the unthinkable happened. I found the creature! The universe has given me the big legendary dinosaur on a platter.

​I found the monster and he was hiding in a hotel room all this time!

Danny: “Have you been drinking? Was there something in that water?”

Ok, now I know this isn’t the real monster, not even I am that dense, but is it at least some consolation? Maybe a bit.

It stung a bit that the legend, the myth, seemed to be just that – a myth. But like all Nessie hunters, I would not give up, even if deep down inside, I knew the odds of this monster existing was very low.

So for now, we leave the Loch. But some day, I will be back and better prepared.

The whole group gathered up for some haggis later on in that evening and we bid farewell to Natalie and Charlene who drove back to Glasgow.

We departed Loch Ness and decided to cap off this great trip in the city of Edinburgh. If I can use the overused “cool” to describe any city, this would be it. Teeming with hipsters, culture and an edgy attitude juxtaposed against historic buildings and sprawling greenery. We got there during the Fringe Festival, had a beer with Lancelot and reached the top of Arthur’s seat – a nice accomplishment after not quite capturing the green dinosaur. Arthur’s seat is the peak of a group of mountains and it felt amazing to hike up and reach that peak.

Rocky: “Well guys, we set out to capture a monster, instead we made new friends, climbed mountains, kayaked across lakes – well some of us anyway – and had a proper Scottish experience. Not too bad if I say so myself.”

Michael: “It was awesome meeting you guys, we should take more adventures like this. Next one I suggest is China.”

Lancelot: “I second that. And if I ever come back, that lake will quiver with fright at the return of Lancelot the Great.”

Sammy: “Yea, we didn’t catch the monster but we made it to the top of Arthur’s seat which was fitting for Lancelot.”

Rocky: “To conquering the unconquerable.”

We all raise our plastic beer cups inside the Fringe Festival for a toast that culminates our entire trip and we looked back at our great times but look forward to the adventures ahead. 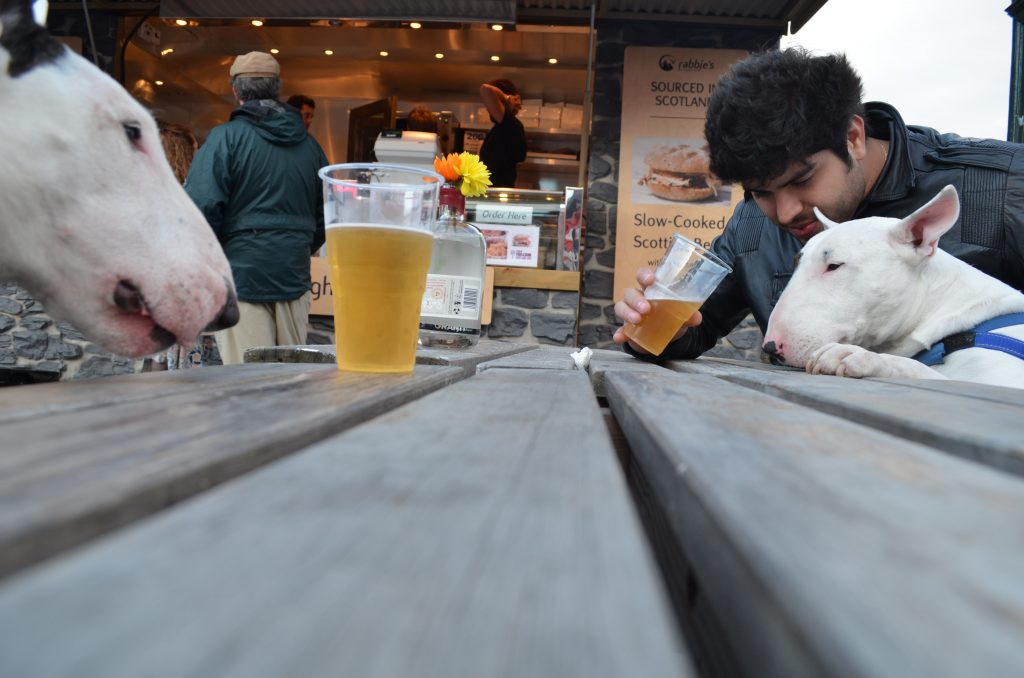 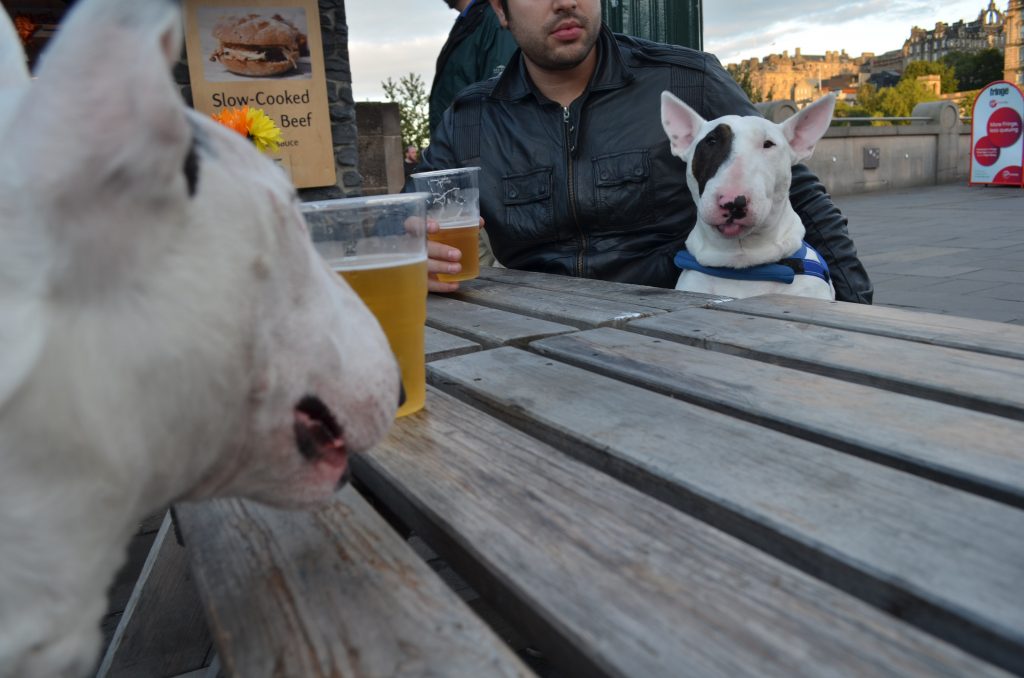 But all was not lost yet. Since I couldn’t capture the monster. I did the next best thing, I became the monster.

Thanks for joining us and see you around, you can find me exploring the world, one paw at a time.

But all was not lost yet. Since I couldn’t capture the monster. I did the next best thing, I became the monster.