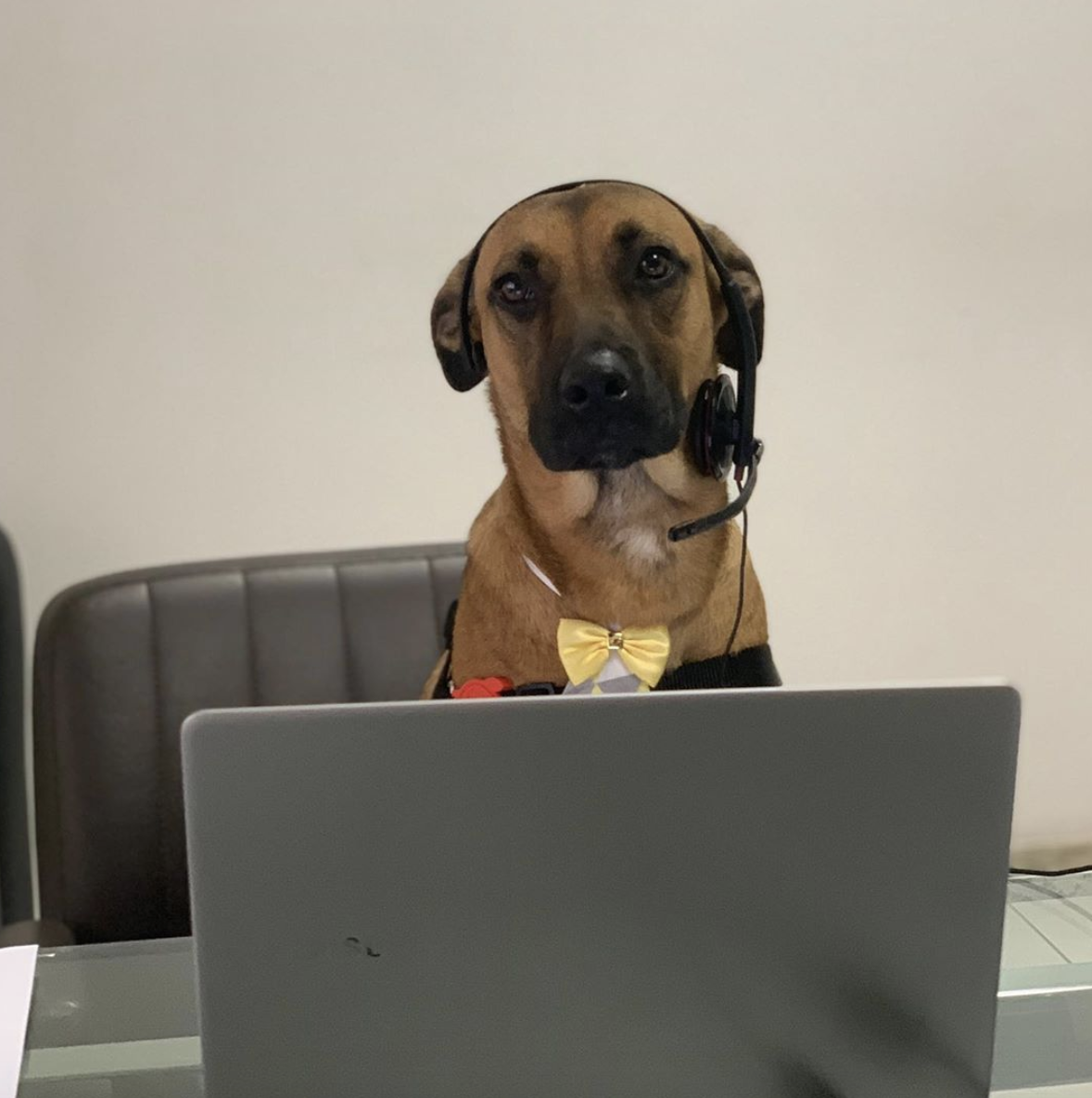 Sometimes it takes a little patience to get the job you want. In this case, a stray dog who kept visiting a dealership in Brazil was adopted and then given a job as a ‘consultant’.

The dog, named Tucson Prime after one of Hyundai’s car models, is now a worldwide social media star with over 150,000 followers and growing on Instagram.

Tucson was first found by Emerson Mariano, the manager of the dealership located in Serra. According to The Gazette, Mariano first saw Tucson as he was about to finish work at the dealership on a rainy day. Wet and looking malnourished, Tucson was given water and food by Mariano.

When Mariano returned the next day to the dealership Tucson was still there. Ever since then the staff at the dealership has taken care of Tucson, taken him to the veterinarian for care and treatments and eventually adopted him and then gave him the honorary title of a consultant at the dealership.

According to Auto Blog, Tucson has also received a variety of accessories including ties and a piece of a tuxedo, along with his own employee badge. Employees have also recently put together his very own doghouse in the dealership.

Mariano has called him a gift and a true companion. He told ES360 that he was happy to give Tucson a home, as he noted that many pets have become abandoned in the wake of the coronavirus pandemic.

In times like these it is always a treat to hear such heart-warming stories. This stray dog has hit the lottery not only finding a new home (and job) but also finding loving humans and adoration and gifts from all over the world.

We hope the story of Tucson Prime spreads and touches many hearts and shows people how lovely and deserving of love stray dogs can be.

As Mariano had mentioned, these tough times have led to a lot of dogs being abandoned but luckily there are people like Mariano and his staff at the dealership who can help prevent dogs from going hungry and living in danger by adopting them.

Rocky the Traveller said, “Once this pandemic is over I want to buy a plane ticket to Brazil just so I can meet this cool dog and take a photo. He looks like such a smooth talking cool salesman that I bet he will even be able to sell me and my human a new car.”