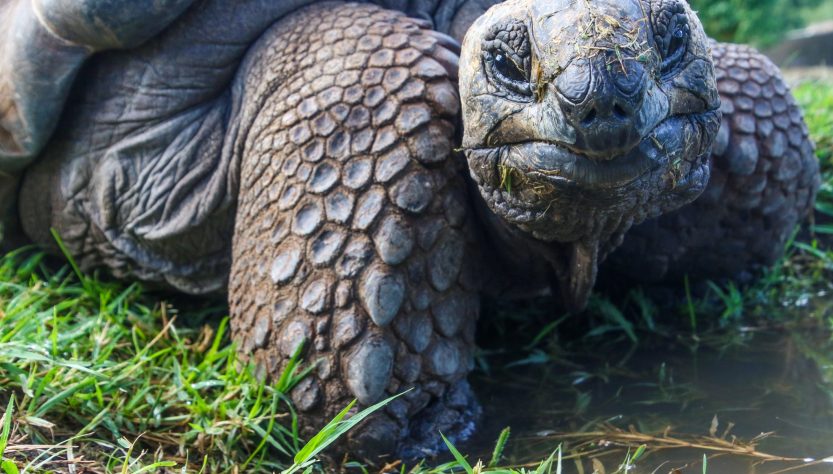 The UK is known as one of the pet friendly countries in the world with an estimated 44% of UK households having pets with more than 51 million pets in the UK. However, some of the most popular pets could be some of the least eco-friendly.

A new study by money.co.uk analysed the environmental impact of 20 popular pets to see exactly which were the most impactful to the planet.

Of the 20 popular pets, the tortoise ranked as the most eco-friendly (green) pet to have.

The study comes as an increasing number of people make consumer choices based on environmental factors, especially young people.

The study considered the likely impact an average pet would have, looking at each pet’s impact across eight categories and scored each out of five with maximum eco points going to a pet with low environmental impact.

“The tortoise may be slow and steady but this is one race where they are definitely ahead of the pack,” the study stated. “Tortoises scored 37 eco points, more than any other pet on our list and well ahead of our most popular pets.The reasons why the tortoise scored so highly include their simple vegetarian diet, and the fact their slow metabolism means they have low water or exercise needs. Tortoises are relatively easy to care for and don’t require a huge amount of plastic accessories or paraphernalia, making the long-living pet a great choice for an environmentalist.”

Ben Gallizzi, energy expert at money.co.uk, said, “While a tortoise may not be quite as cuddly as a Labrador its veggie diet and slow metabolism means it is far kinder to the planet.”

After the tortoise (37 points) came the mouse/rat which ranks second on the list with a score of 35 points. The hamster/gerbil ranked third on the list of pets that are kindest to Mother Earth.

“These creatures can be fed a simple vegetarian diet and have modest water and cleaning needs,” the study stated. “They won’t have any particular additional energy requirements and will be happy at normal room temperatures although they do require some accessories in the form of a special home and things like an exercise wheel. Their small size and short lifespan mean they have a lower environmental impact than many more popular pets.”

Spiders and budgies/canaries rounded out the top five.

“An exotic spider might not be everyone’s idea of a pet, but species such as tarantulas have a small but dedicated following then it comes to pet choices,” the study stated. “They don’t require a huge amount of food or cleaning but their insect diet and likely heating needs mean they score only 33 points – behind our league leaders.”

Guinea pigs and rabbits have a similar profile to the smaller mammals but their larger size means they require more food and water and create more waste. They score 31 eco points in the study, slightly less than an exotic spider or a budgie.

Meanwhile, the UK’s most popular pet, the cat, placed 13th in Money.co.uk’s eco league with 25 points. The cat lost points for their processed meat diet and large accessory market. Cats also failed to score highly when it came to medical treatments and waste production.

Dogs and horses were found to be the least eco-friendly animals to own although for different reasons.

Dogs scored badly on diet with their processed meat intake giving them the lowest possible score.

Ponies and horses on the other hand enjoy a much less processed diet of grass and grains meaning they scored the maximum five points in this category. But the higher water consumption of horses, both for drinking and cleaning, meant they scored fewer eco points than dogs in this category.

Both animals scored a minimum of one point in the accessory category with low points also being awarded to both across the grooming, transportation and treatments categories.

The study separated the dogs into four categories, toy, small, medium and large, and the horse into two for pony and horse, to definitively rank them on their environmental impact.

The large dog was found to be the least eco-friendly pet of all with a score of 15 eco points, less than half the total managed by the pets in their first seven places of the list.

The big dog scored so low because of their love of processed red meat, large accessory market, high grooming and cleaning costs, and the likelihood of pharmaceutical treatments, the study stated. The plastic bags needed to pick up their poop was also a factor.

The researchers also awarded the large dog two eco points in the transport category, noting that a large dog will very often have an impact on the vehicle choice of their owner, making it necessary for them to drive a larger car with more emissions, even when the dog is not with them.

While dogs ranked relatively low in the eco-friendly list, there are many ways in which dog owners can become more eco-friendly including using eco-friendly poop bags, eco-friendly grooming products, baking your own dog treats, and keeping dog walks local. Furthermore, experts have said dogs can also thrive on vegetarian diets.