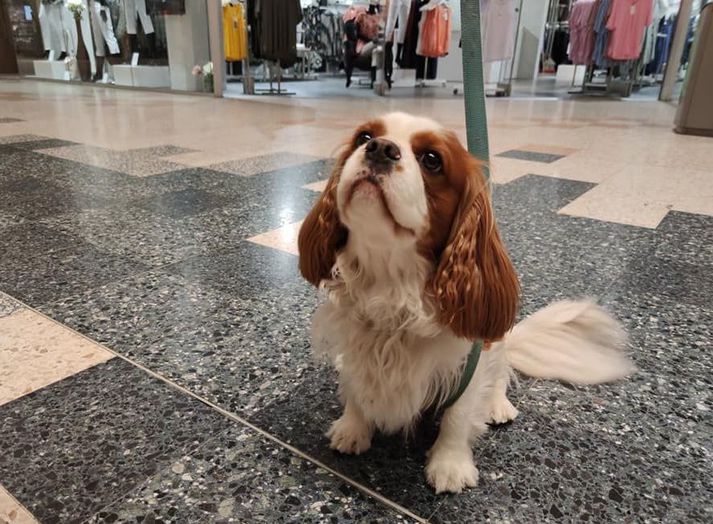 Sundays at the Kringlan shopping mall in Reykjavík, Iceland are made for four legs, and a wagging tail.

Vísir reports that as of last week, the Icelandic shopping mall is allowing local pet parents to bring their four-legged pals on their Sunday shopping expeditions. The pets and their pet parents must follow the mall’s rules.

The rules state that they must be held in escalators and/or picked up if the situation requires. According to the mall’s regulations, dogs are not allowed in grocery stores, in beauty and medical centers.

Furthermore, other stores may choose to not allow dogs, and customers must respect this request.

Soffía Kristín Kwaszenko brought her shih tzu Mangó to the mall and said people in the mall were ‘smiling and happy to see him’.

“This is a little step in the right direction,” Kwaszenko said. “Hopefully, more people take this up and it will be every day.”

Kwaszenko also noted that there was some discussion on social media about the potential mess that dogs can make, but said she was not worried about that.

The Kringlan project had received permission from the Ministry of the Environment and the city’s health authorities. However, it is undergoing constant re-evaluation and customers are asked to familiarize themselves with the rules and terms set out by Kringlan.

Historically Iceland has not been the most welcoming place for dogs. According to Smithsonian Mag, in 1924, the city of Reykjavik banned keeping dogs as pets, this was reportedly to prevent tapeworm transmission to humans. This ban was kept in place until 1984.

Traveling to Iceland with pets is also known to be difficult. Importing pets require various vaccinations and treatments as well as a 4-week quarantine.

Allowing dogs in the Icelandic capital’s Kringlan mall is a great first step in showing Iceland’s citizens that man’s best friend are part of the family. Should dog friendly Sundays prove a success then perhaps Kringlan could be dog friendly everyday which would mean many families wouldn’t have to leave Fido at home.