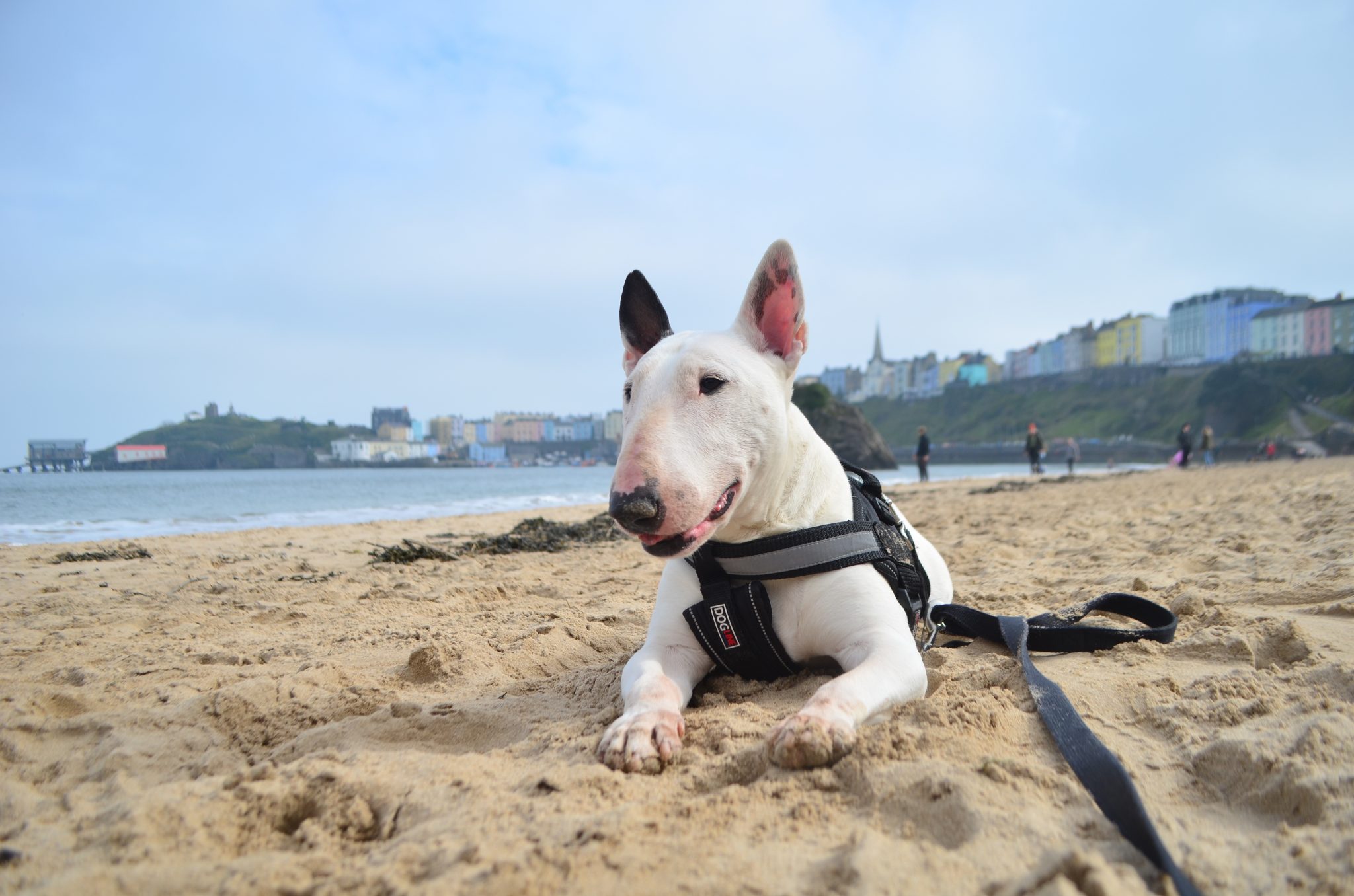 Almost nothing gets dogs more excited than heading to the beach! Warm sand under their paws, sunshine, cool breezes and the smell of the sea!

WTOP News put together a list of the top 18 dog friendly beaches in the US!

This iconic stretch of beach located along California’s central coast is known as one of the most dog-friendly beaches in the US. Your dog can run off leash and play with other dogs on the beach and in the surf, but he must be under voice command. He’ll need to be on a leash when you hit the Scenic Road, which meanders along the beach. There’s tons of pet friendly restaurants and hotels nearby!

Surfside Beach, located on Nantucket’s South Shore, is very family- and pet-friendly, featuring changing facilities, lifeguards during the summer season and a restaurant. For transportation to the island, both Cape Air and Hy-Line Cruises’ ferry are pet friendly ferries that can take your dog to Nantucket.

One of the few dog-friendly off-leash beaches in Florida.  The nearby Jupiter Beach Resort & Spa, where your pooch (30 pounds or less) will be just as pampered as you. Then, head to Harbourside Place for outdoor dog friendly places to eat.

Cannon Beach is a very dog-friendly vacation spot, so it’s hard to find a place where you can’t take your furry friend with you. Dogs are free to roam the beach with their owners as long as they stay within sight and voice command.

Situated along the Chesapeake Bay on Virginia’s Eastern Shore. Pets on a leash are welcome and can play at the south beach and there are more than 5 miles of trails to hike with your furry friend. Check out the dog welcoming Sunset Beach Hotel.

Bring your dog to play in the surf on this 1.5-mile stretch of iconic beach along Southern California’s coastline. The beach is open year-round between 5 a.m. and 10 p.m. daily. Visit in September when Huntington Dog Beach hosts the McKenna Subaru Surf City Surf Dog event or in May for Corgi Beach Day!

This 10-mile stretch of white sandy beach and coastal dunes sits between the Atlantic Ocean and Barnegat Bay along the Jersey Shore. It’s one of the last barrier beaches to remain undeveloped on the north Atlantic coast. Leashed dogs are permitted year-round south of the ocean swimming areas. There are eight trails (dogs are allowed on seven) to explore on foot, by bicycle or on horseback from October through April.

At Fort De Soto Park, pets must be on a 6-foot leash, but there’s also room for dogs to run free at the dog park, Paw Playground. The playground is open daily from 7 a.m. until sundown. There’s also a private fenced-in beach with separate areas for small and large dogs, as well as showers and dog-level water fountains.

North Carolina’s Crystal Coast is home to several dog-friendly beaches, including Emerald Isle, Indian, Pine Knoll Shores and Atlantic beaches. Your canine companion is welcome on-leash year-round with only a 20-foot restriction from the water in lifeguarded areas on Atlantic Beach. Features a dog park and dog-washing station with Mane n’ Tail products to freshen up after a day of fun in the sand and surf.

Along the beautiful coastline of the northern Olympic Peninsula, at Olympic National Park, you and your leashed dog can walk along windswept rugged beaches, hike scenic trails in the forest and have access to the campgrounds and picnic areas. Also check out Kalaloch Lodge.

Dogs are permitted as long as they are under voice command, but owners should bring a leash as well. Stroll along windswept beaches set beneath 200-foot-tall sandy bluffs.

Dogs especially love to roam the shoreline when it is low tide and they are able to splash in the gently rolling surf. The beach is open year-round for dogs, but there are leash requirements from Memorial Day to Labor Day. During those months, beach access with pets is also restricted to before 10 a.m. and after 5 p.m. Many of the surrounding stores and restaurants also welcome four-legged friends.

This barrier island, located between Naples and Marco Island on Florida’s Paradise Coast, offers the only pet-friendly beach in the area. The island is mostly undeveloped and features nearly 8 miles of pristine white sand. Spend a day at the beach playing or relaxing with your pup.

The 10 miles of unspoiled beaches of this island welcome four-legged friends year-round, with just a few restrictions. Dogs must be on a leash no longer than 16 feet, avoid the dunes and follow the guidelines at the South Dunes and St. Andrews picnic areas.

The only tropical island in the state with 34 miles of white sandy beaches, sparkling emerald green waters and more than 300 days of sunshine a year. Your on-leash furry friend is permitted on the island’s beautiful beaches, but make sure your pet is up to date on vaccinations (and that you have records of them just in case). Bring plenty of water!

The Cape Cod National Seashore welcomes on-leash pups year-round, with some restrictions on beaches and other parts of the park. During the summer, dogs are permitted to pass through, but cannot remain on lifeguard-protected beaches.

For more details on the list and places to stay visit WTOP News.