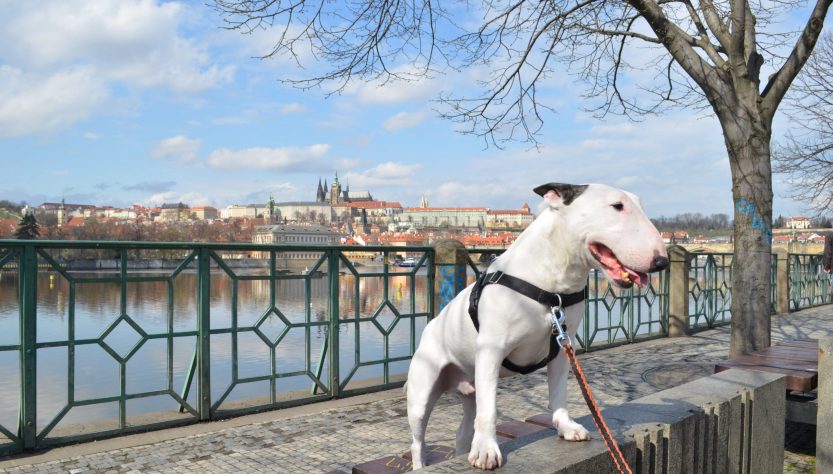 Packing your bags and traveling to a European city may seem like fun and exciting thing of the past but with traveling slowly opening up again, it might be time to get that bag ready, but don’t leave your furry friend behind.

With dog adoption on the rise during lockdowns, we could now be seeing more dogs on holiday than ever before. If you haven’t been to Europe with your dog, you might be pleasantly surprised to find out that many countries inside the continent are welcoming to dogs.

A new study analysed 50 cities across Europe to find out the best place to take your dog on holiday. The study, by Good Trip Clothing, analysed the number of pet friendly hotels and restaurants, number of outdoor spaces to walk your dog in, average temperature (to avoid getting a hot dog) and how long it takes to travel by plane.

The number one city? It’s Paris. The city scored 211. The French capital has a vast array of pet friendly hotels and eateries.

The German city ranked second with a score of 211. With an average temperature of 13 degrees C, it’s one of the coolest cities on the list (in more ways than one) so you don’t need to worry about your dog overheating. Like Paris, there’s also lots of accommodation and places to eat alongside your dog.

With loads of dog friendly hotels and restaurants, the Czech city of Prague takes third place on the list.

The Russian capital has a cool temperature and features nearly as many parks as Paris.

While it does not feature as many dog friendly parks or restaurants as Berlin, Hamburg shares the same temperature and still has 163 dog friendly hotels in its city.

The Polish city has a cool average temperature for your furry four-legged friend and features 144 dog friendly hotels.

Coming on the tails of Krakow is fellow Polish city Warsaw. While it has less dog friendly hotels than Krakow, it does have more dog friendly restaurants.

Vienna has over 150 dog friendly hotels but has a higher average temperature than the Polish cities.

The Spanish city of Barcelona just misses the top ten, tied with Rome in the Index score. Barcelona is the top Spanish city to take your dog to. Although it only has 62 dog friendly hotels to choose from, it has over 120 parks and outdoor spaces for your canine companion to enjoy.

The bottom three cities on the list feature only 13 dog friendly hotels between them, while the Cypriot capital doesn’t have a single pet friendly restaurant. All three also have an average temperature above 20 degrees C, which could be too hot for your dog.

The study used data taken from TripAdvisor and Holiday Weather.