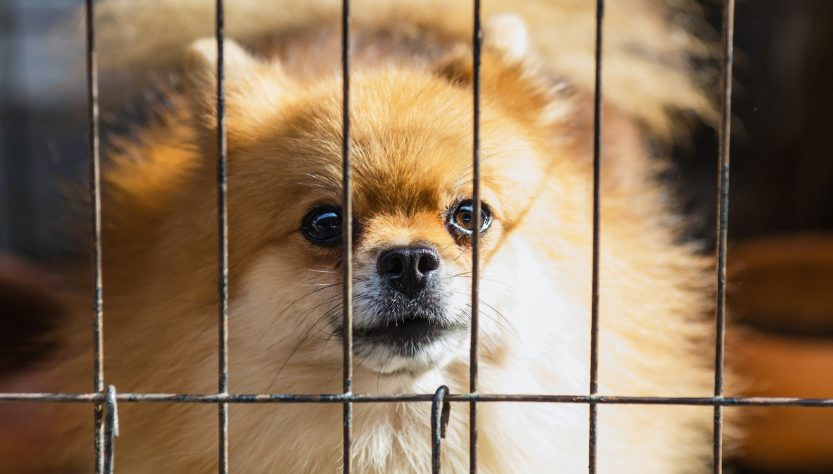 There are more pets in Australia than there are people, which makes Australia a pet lover’s country.

However, pet lovers are calling on the government and airlines to allow small pets to fly in cabin on domestic flights, similar to how they fly in other countries in Europe and North America.

A change.org petition, titled ‘Domestic Carry on Travel with Pets in Australia’ is calling on Australia to ‘catch up with the rest of the world’ and change the laws to allow pets to travel onboard with their owners.

“Pets are allowed to be carried on board aircrafts with their owners all across Europe, UK, Canada and the US and it is time for a progressive country like Australia to change the laws and jump on board to allow carry on pet interstate travel,” the petition states.

The petition cites studies of dog owners having to compromise on their travel plans so they can take their dog with them and also pointed to a surge in pet friendly accommodation due to increased demand.

It adds that ‘not everyone wants to endure the drive to destinations where driving could take days against the simplicity and ease of a possible few hour flight.’

Current rules in Australia state that only guide dogs or assistant dogs are allowed in the cabin.

According to the Civil Aviation Safety Authority, the operator of an aircraft may not permit a live animal to be in the aircraft unless the animal is in a container and is carried in accordance with government regulation or the animal is carried with the written permission of CASA and in accordance with any conditions specified in the permission. It adds that a container in which an animal is kept must not be in the passenger cabin of an aircraft, meaning that these animals must travel in the cargo hold.

The petition, which names the Australian Parliament and a number of airlines in Australia, points out that many pet lovers ‘are hesitant and unhappy with leaving their beloved best friend in a crate underneath the plane – which causes stress for both owners and our furry pals even more.’

“By putting in place a certification program to ensure safety measures when bringing your pet with your carry on, following in the footsteps of other countries that embrace on board pet travel; it would make sure travel is safe and seamless,” the petition states.

According to Courier Mail (paywall), the RSPCA in Australia has also called on airlines to change pet travel rules following the deaths of two pet dogs on domestic flights in December 2019.

Meanwhile, The Traveller reports that Australian airlines Virgin Australia and Qantas have both outsourced their pet flight booking systems to approved pet travel specialists due to Covid. This has caused an uproar among pet owners as they have seen the price of their animals’ ticket soar, in some cases, five-fold.

A Qantas spokeswoman told The Traveller that pet flights could be booked through several companies and the price could vary according to the breed. But because of changing numbers of flights and schedules, it was important these services could pick up and care for pets if they became stranded through sudden border closures.

At Virgin Australia, public affairs manager Kris Taute said, “We know pets are important members of the family and that customers want peace of mind when it comes to booking their pet for travel. While we’re unable to make pet travel bookings direct at the moment, customers can still arrange travel through a commercial pet travel specialist.”