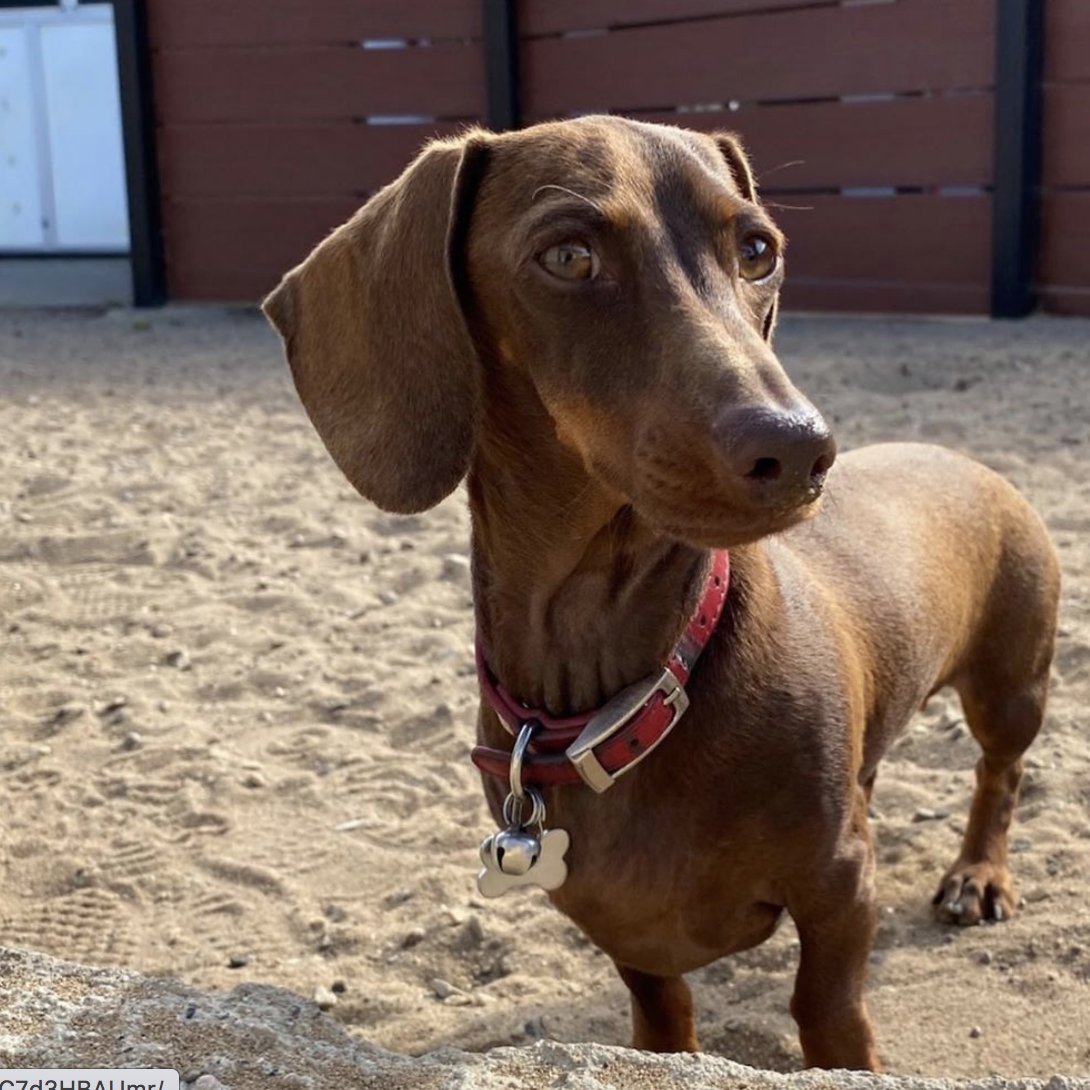 They say dogs eventually find their way home, but sometimes they have to fly over 10,000 miles on an epic journey across the different countries to get there.

The dog, a tiny dachshund named Pipsqueak, embarked on a journey of more than 10,000 miles to make it home, according to CNN.

Pip was stranded in South Carolina at the height of the Covid-19 pandemic after her owners were forced to abandon their global sailing adventure and take a flight home to Australia.

With the borders closing quickly, the Eilbeck family, including Pip’s parents Zoe and Guy Eilbeck, and their sons Cam and Max, had less than two days to pack up everything from their yacht after docking in Hilton Head Island in North Carolina.
Australia’s strict pet import rules meant Pip could not join them on the flight in time. However, the Eilbeck family thought they would be able to return promptly to reunite before heading back on their yacht, so they left Pip with a friend for what they thought would be a quick six weeks.
Unfortunately, their family friend already had two dogs and was not able to take care of Pip for very long, and after putting out an ad, Ellen Steinberg, who lives in North Carolina, got the opportunity to look after Pip.
At the same time, Pip’s owner Zoe was in Australia dealing with the enormous amount of paperwork needed to import her from the US to Australia, all the while keeping in touch with her.
While the Eilbecks had planned on returning to the US, Covid-19 travel restrictions meant they could not come back and Pip would have to embark on the long journey home without them.
Pip herself also had to face challenges in the US as she needed to undergo health checks, blood tests and obtain paperwork to obtain the requirements to enter Australia, which was going to be done in New York but due to the pandemic many places were closed. Once they finally received an import permit for Australia, airline Qantas announced it was no longer flying dogs to Australia.

After many phone calls, Zoe discovered that the family could import Pip if they went through New Zealand and managed to get Pip on a plane from Los Angeles to Auckland by booking via pet transport company Jetpets.
But by this point Steinberg, who had looked after Pip for three months, needed to make a trip to visit her family and had passed the dog onto her friend Stacey Green.
Pip had to be flown to Los Angeles but flying cargo was not an option due to airlines not permitting pets to fly in the summer months.
Eventually Melissa Young from dog rescue foundation The Sparky Foundation, stepped in and volunteered to fly across the US with Pip.
Pip started out small, flying within North Carolina, from Greensboro to Charlotte, then she made the journey to Los Angeles under the passenger seat of Young.
Finally Jetpets were able to send Pip on a flight to Auckland while all of her temporary carers, along with the Eilbecks, were on the edge of their seats, tracking her flight as it made its way across the ocean.
Zoe said, “All over the world, we’re watching this flight inch across the screen.”
Pip arrived in Auckland on July 23, and went into quarantine overnight before flying to Melbourne, where she spent a further ten days in quarantine, as per Australia’s pet entry rules.
After having to reschedule flight after flight to Sydney due to the state of Victoria’s lockdown, local media and the Sydney Morning Herald picked up Pip’s story and Virgin Australia stepped in to fly Pip home.
On August 11 she was finally reunited with her family.
Her adventures and story could be found on her Instagram page here.

Pip’s story is one of never giving up. Pip and her family were fortunate to have come across many wonderful and caring temporary dog sitters. These dog carers were crucial in keeping Pip healthy and happy while the Eilbecks figured out how to get her back.

It seemed that the Eilbecks and Pip had faced setback after setback during the ordeal but nonetheless they stayed hopeful that they would be reunited and after a journey across multiple countries, they were finally reunited. It’s especially not easy flying a pet into Australia so that in itself was a challenge, but with a loving family that refused to give up, it was just another hurdle to jump.

Pip’s story going viral also helped her get home as Virgin stepped in to finish the last leg of her journey.

The pandemic has seen pets and their pet parents become separated due to global travel restrictions with many pet owners coming together to book chartered flights. Other pet owners decided to stay stuck in their original destination with their pet instead of flying home without them.

In March, when the pandemic first hit, a Noah’s Ark-style flight from Australia to the US was organised by pet parents desperate to get their cats and dogs home during the Covid-19 pandemic.

In May, another Noah’s Ark flight took dozens of pets to Toronto from the Cayman Islands.

Another flight, dubbed ‘Mission Impawssible’ saw families from the US and Canada reunite with the dogs they had left in China.

Meanwhile, a UK couple traveling the world with their pug say became stranded in Costa Rica because they could not take her back home with them.