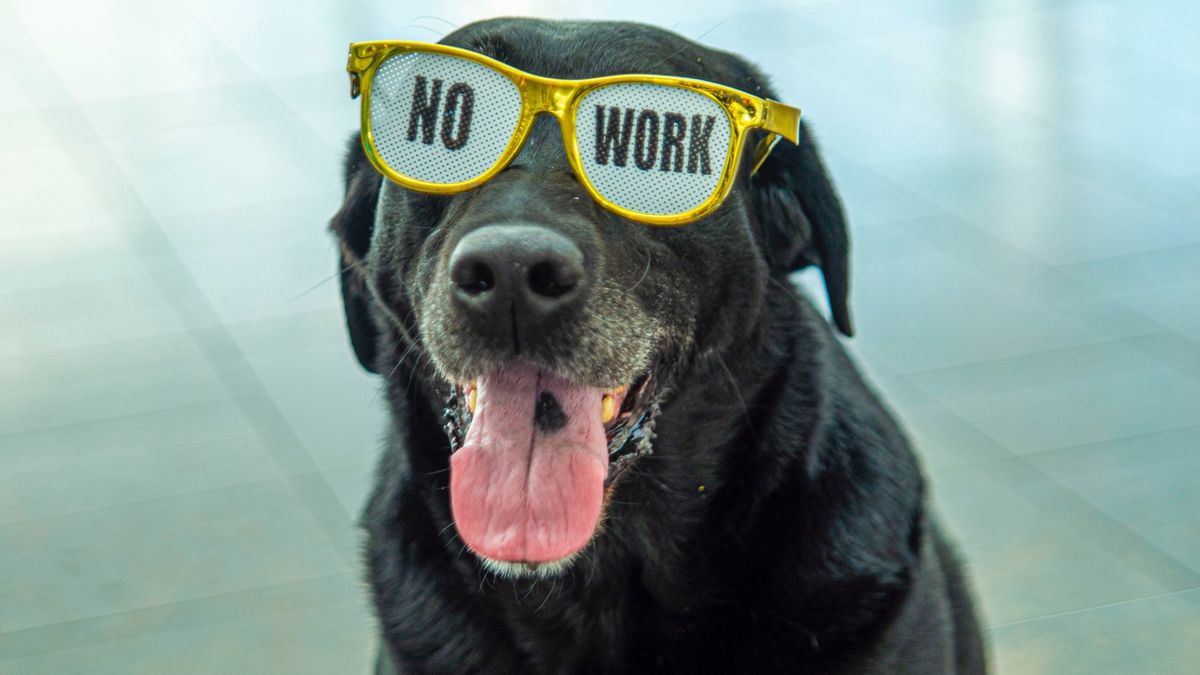 A longtime and well-loved TSA (Transportation Security Administration) explosives-sniffing canine is calling it a career.

TTirado the federal agent dog is retiring after serving with TSA for eight years. His last day on the job was May 29.

Before fully retiring, TTirado used his masterful detection skills to sniff one last suitcase: his retirement gift! The suitcase was surrounded by balloons and once TTirado sniffed the suitcase his reward fell from the sky. The video captured below shows dozens of tennis balls falling for TTirado sending him into a playful frenzy.

After more than 8 years of service @INDairport, @TSA explosive detection canine TTirado has officially retired. He was adopted by his handler Keith Gray and will spend retirement at home with his family. Check out this clip of his final bag search and reward! ❤️❤️❤️ pic.twitter.com/efRwPFrmDi

TTirado is named in honor of New York Engine 23 Firefighter Hector Luis Tirado Jr. who died in service on 9/11. According to his handler, Explosive Detection Canine Handler Keith Gray, from Indianapolis International Airport, TTirado lived up to his name.

At 10½ years old, TTirado is one of the few remaining dogs that came from the TSA-bred puppy program. He was part of the third class of passenger screening canines trained at Lackland Air Force Base in San Antonio, Texas. Gray and TTirado have been partners since March 2012.

“I am thankful for such a fantastic partner in TTirado as my first dog,” Gray said. “He has taught me a lot over the years, and I have been amazed in his growth and how far we have come.”

TTirado’s work history reads a bit like a jet-setter. He supported security operations for Super Bowl LII, the NBA Final Four, Kentucky Derby, Indy 500, NFL Pro Bowl and the 2017 presidential Inauguration. He performed “sweeps” for the prime minister of Australia, US politicians, and other dignitaries.

Gray thinks TTirado will adjust nicely to retired life. Aside from breakfast, he will enjoy some down time at home. But like many retirees, work is over and it is time to travel. Gray plans to keep TTirado busy.

Gray said, “Not counting trips to Grandma’s house, I have three travel objectives for TTirado – New York City and the Ground Zero Memorial and FDNY Station 23 where his namesake worked, Atlanta to meet one of Hector’s sons and his family who we have kept in touch with, and finally to San Antonio to see his foster family who helped raise him during his puppy years.”

Like many retirees, TTirado will be busy with little time to rest but will surely have plenty of time for breakfast.

After being adopted by the Gray family, TTirado will continue to live at their home in Indianapolis, where he’ll be able to get daily updates about work from Keith’s new partner Ari, a German Shorthaired Pointer.