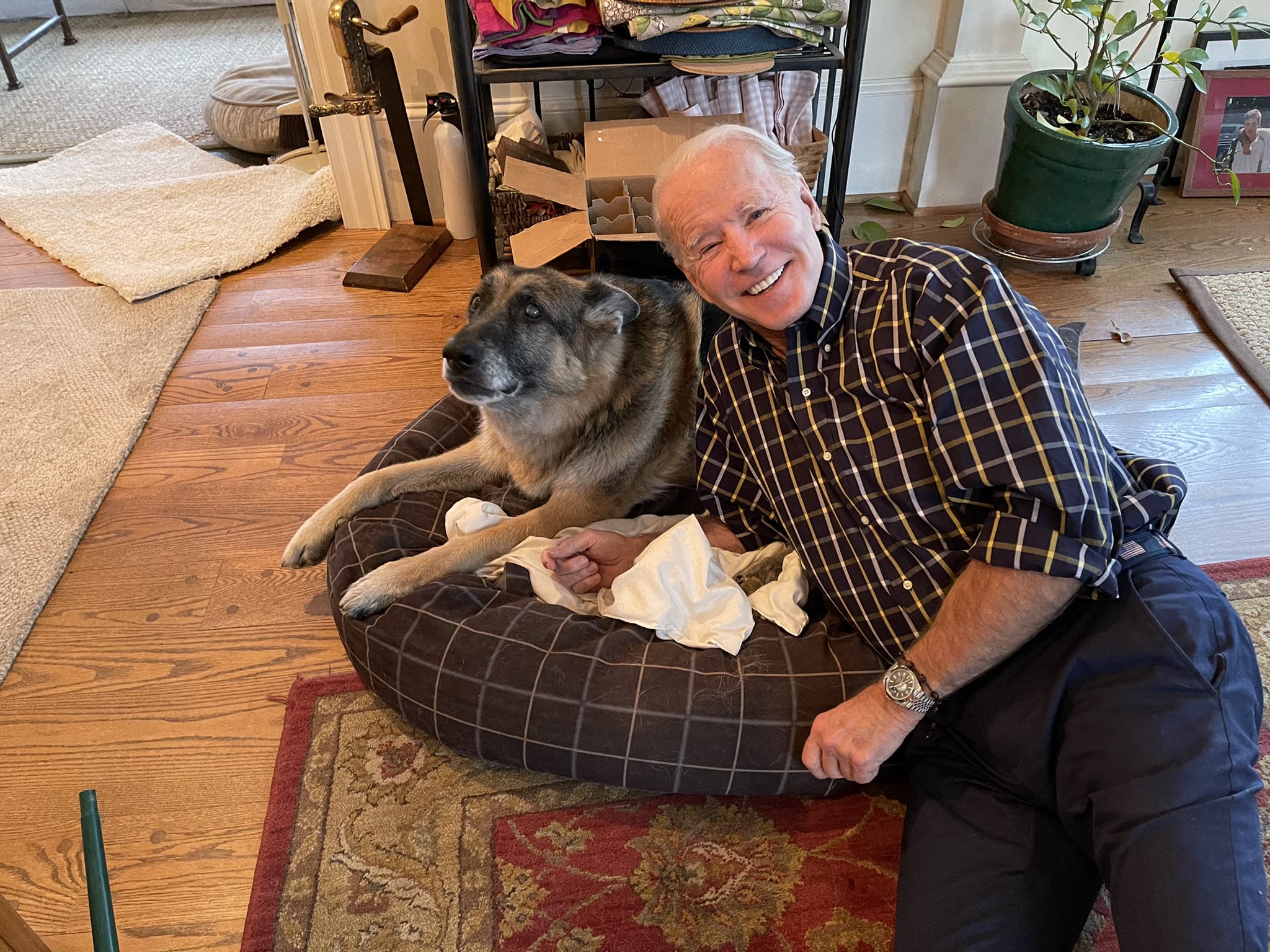 US President-elect Joe Biden’s dog Major has been honoured in an “indoguration” to raise money for an animal shelter.

The virtual charity event comes ahead of Biden’s Biden’s own inauguration later this week. The “indoguration” was held by Pumpkin Pet Insurance and the Delaware Humane Association, the shelter the Bidens adopted Major from in 2018.

Meanwhile Champ is a White House veteran, having first moved in back in 2008 when Biden was Vice President.

Biden’s upcoming inauguration is on Wednesday and will feature Lady Gaga and Jennifer Lopez playing at the event. While Major also got a major star at his own event with singer Josh Groban appearing for the presidential pooch via video call.

Groban performed Patti Page’s 1952 hit (How Much Is) That Doggie In The Window? – amending the lyrics to “I’m adopting that doggie in the window”.

TODAY! Josh is performing for Major’s Indoguration to raise $$ for Major's rescue shelter @delawarehumane at 3pm EST! All donations go to DHA. Watch & donate to DHA using the link in the YouTube video description. See you there! https://t.co/VR2lpA7FaB 🐶 pic.twitter.com/qSmY64hXgu

The ceremony raised more than USD 100,000 for the Delaware Humane Association.

Participants at the event were also able to nominate their dog to join Major’s cabinet as Secretary of Rescue Dogs, with more than 700 vying for the honour.

According to USA Today, the ceremony included video of the day Biden officially adopted Major from the shelter in November 2018.

Major was unable to attend the dog inauguration because “he and Champ are hard at work in preparation for their big move this week,” said NBC “Today” show’s Jill Martin, who emceed the ceremony.