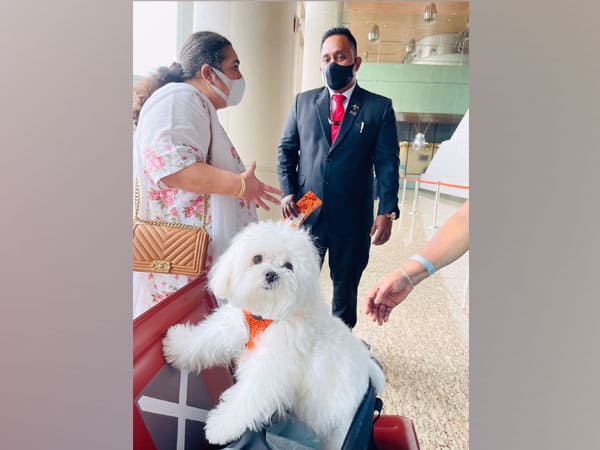 Most of us dream of being able to fly business cabin on the plane, but for one lucky dog, an entire airplane business cabin was booked just for her and her pet parent.

According to the New Indian Express, the woman and her dog traveled in luxury, spending INR 250,000 (USD 3,386) to fly her Maltese on an Air India flight from Mumbai to Chennai.

This is also reportedly the first such instance when an entire business class cabin was booked to fly a pet.

The J-class cabin on AI A320 aircraft, the plane that the woman and her dog flew on, has 12 seats. The pet parent had boarded the plane with her dog and her servant.

“Bela (the name of the Maltese dog) travelled in business class on Air India on Mumbai-Chennai flight AI671 on September 15, 2021,” a Chennai airport official told Asian News International. The passengers had booked all business class seats.”

Air India is reportedly the only airlines that allows pets in the cabin. The airline allows a maximum of two pets and they are seated in the last row of the class.