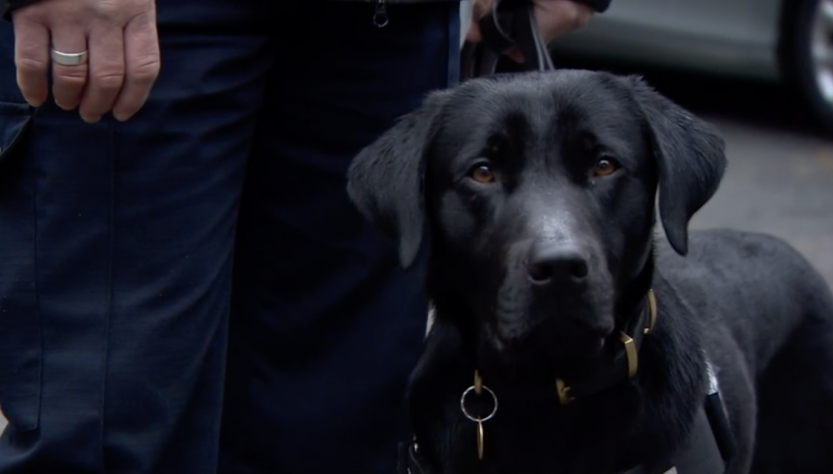 A dog, who was sacked from his job as a sniffer dog due to being “too sociable and nice”, is now helping officers and NHS staff in the UK as a well-being dog, The BBC reports.

The dog, Dexter, used to be part of London’s Metropolitan Police’s anti-drug squad but after failing their training program they found him a new role as a “wellbeing dog”.

A Metropolitan police officer said Dexter made it to week four out of week eight to be a passive scan drugs dog, but he was deemed to be unsuitable, because he was too sociable, lacked the focus and also the concentration levels.

But luckily, Dexter was offered a new job as a Metropolitan Police wellbeing dog.

Rebecca Crawford, an A and E (accidents and emergencies services) consultant, said, “It’s amazing just stroking an animal, can really just kind of destress you.”

Other nurses have said times have been challenging amid the pandemic but have said they look forward to seeing Dexter to perk up their day.

Sniffer dogs have played a big part in the fight against the pandemic. In the UK, dogs are being trained to sniff out the virus at airports.

A German study published in July found that dogs with several days of training are capable of identifying people infected with Covid-19.