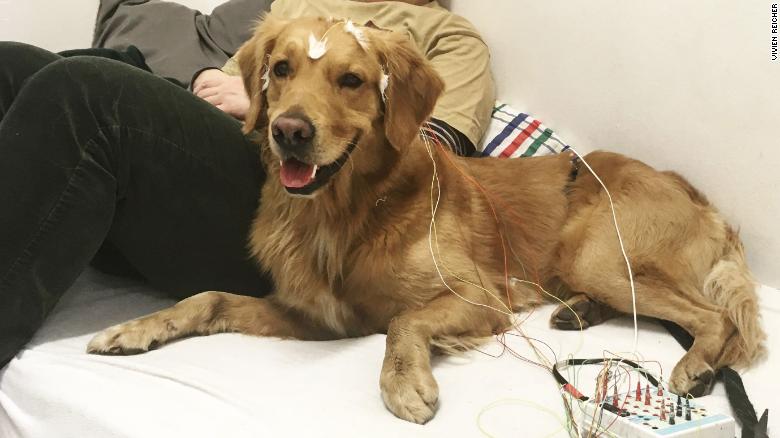 As pet parents, we all love to tell our dogs what good dogs they are. Many pet parents even speak to their dogs in full sentences, but a new study shows that dogs really have no idea what you are talking about.

Dogs do not hear the subtle differences between words in the way that humans do, CNN reports, citing a study by a team of researchers at Eötvös Loránd University in Budapest.

The researchers measured the brain activity of family dogs using a technique called electroencephalography, which involved taping electrodes to the dogs’ heads. The researchers played the dogs recorded instruction words they knew (such as “sit”), similar but nonsense words (“sut”), and then, very different nonsense words (“bep”).
According the researchers, the dogs, who had not been specifically trained for the experiment, could quickly and clearly tell the difference between the known instruction words and the very different nonsense words.
“The brain activity is different when they listen to the instructions, which they know, and to the very different nonsense words, which means that dogs recognize these words,” lead study author Lilla Magyari told CNN.
However, Magyari, a postdoctoral researcher at the department of ethology at Eötvös Loránd University, said the dogs did not pay attention to the small differences between known words and similar-sounding nonsense words. Instead, the dogs processed them as the same word.
According to Magyari, it seems like dogs do not really pay attention to all of the speech sounds, adding that further research could explain why.
However, the study also confirmed that dogs actually listen to human speech, as suggested by previous studies, and don’t just respond to familiar humans or body language.